Today the forex market seems much easier to trade as it follows normal logic. Our performance with forex signals is much better; the USD/JPY signal was closed in profit while the Gold signal is heading lower towards the take profit level. Later in the evening, we have FED’s Yellen coming in, so I don’t expect too much action until then. 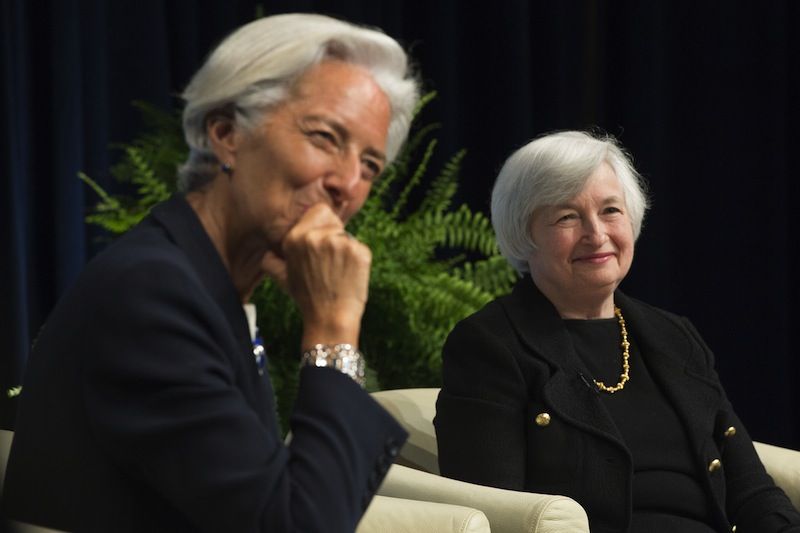 No Food for Euro Bulls from Mario Draghi

The ECB president Mario Draghi was at the ECB headquarters in Frankfurt this morning talking about the Eurozone economy and the ECB monetary policy. We mentioned in one of the forex updates today that his last speech about two weeks ago gave direction to the Euro, so the same Euro traders were interested to hear what he had to say this time – hoping to hear some hawkish comments.

But a Euro slapper that he is, Draghi didn’t give the Euro bully much food to chew on. He said that “he sees new credit-fuelled housing bubbles” and “there’s little evidence that negative rates are undermining bank profitability.”

That second comment alone is enough to kill any hopes for a tightening monetary policy anytime soon. So, all in all, the ECB isn't doing anything anytime soon. This has undermined the Euro and EUR/USD has broken last week’s low, so we remain bearish on this pair. We also have a trading idea for this pair which we will explain below.

After yesterday’s USD pullback, the market seems more confident today. The Buck is pushing higher against most forex majors, hence the winning buy signal in USD/JPY.

As we mentioned above, we also have a live forex signal in Gold. We opened it yesterday in the evening as Gold was surging higher during the last wave of USD selling.

It was a bit dangerous going short as the price was ripping higher, but we picked a nice spot which has reversed the jumps a few times previously. The area between $1,282 and $1,284 has been providing resistance in the last two weeks and the 100 (red) and 200 SMAs (purple) have acted as resistance as well.

We might close this Gold signal manually since the selling has slowed now. Yellen is also coming up later in the evening, so the market might stay on the sidelines until then. Although, we will give it some more time to see if we can get some more pips out of this. 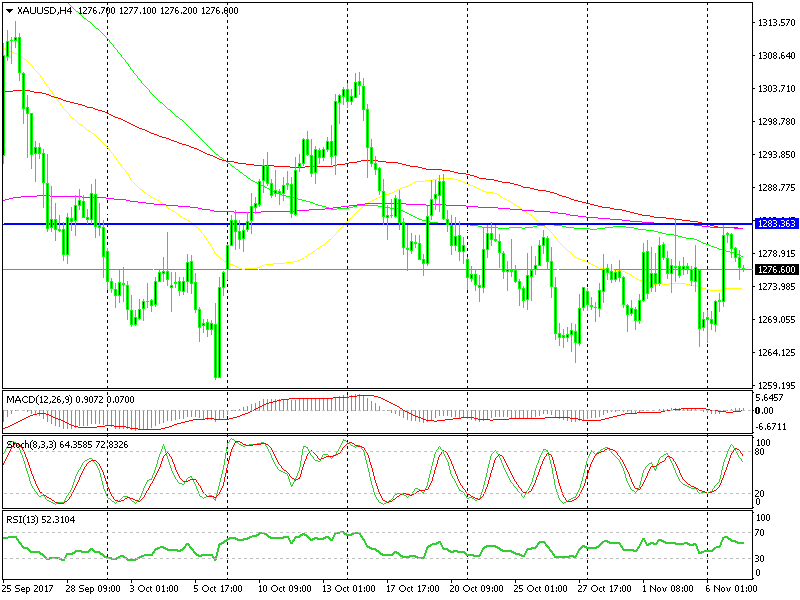 Those two moving averages are doing a great job at the top.

Since we have a sell signal here, we are obviously bearish in Gold. As we said, the H4 chart is heading down and there’s plenty of room for the stochastic indicator to run lower, pulling the price lower with it.

I could add more bearish indicators to this list, but these two reasons are more than enough and it’s them which are taking this forex pair lower. I would have loved to see a retrace higher in order to open a sell signal, but this forex pair is still sliding lower, so we will try to find a selling spot down here.

Today the market is feeling confident about the USD as the Buck gains on most financial assets. Although, I expect to see some consolidation from now on until Yellen comes up later in the evening. So, don’t push your luck too much; get what you can and leave.

Fed May Not Need to Hike Rates Soon: Reuters Poll
3 days ago