Forex Signals US Session Brief, November 9 – Stocks Take A Dive While Waiting for the US unemployment Claims - Forex News by FX Leaders

Forex Signals US Session Brief, November 9 – Stocks Take A Dive While Waiting for the US unemployment Claims

There hasn’t been a clear direction in the forex market today. Some majors have been going up while others have been losing ground. At least, the move in stock indices has been straightforward: They have been retracing lower which opened up a few trade opportunities for us. 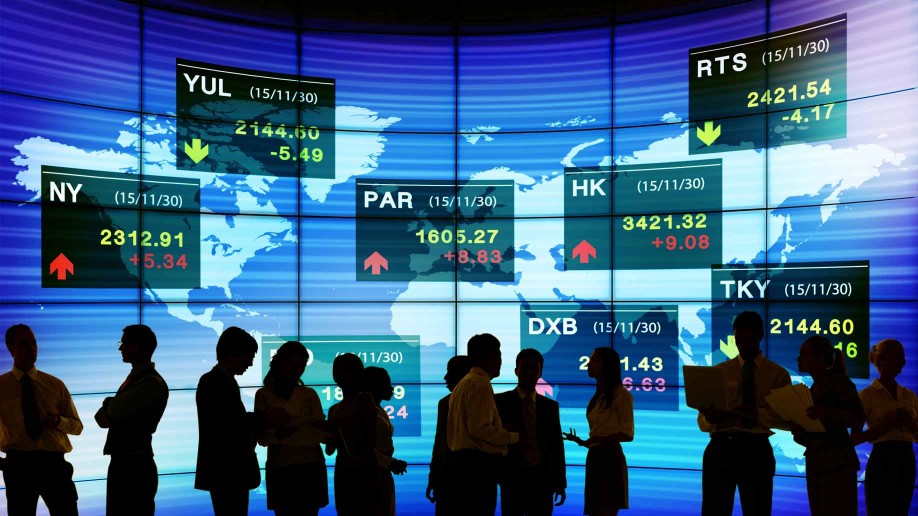 Stock markets are interesting today for a change.

Running Up and Down Like A Headless Chicken Before the NFP

The forex market today is scattered all over the place. EUR/USD climbed to the resistance area at 1.1615-20 this morning. It failed to break and soon it turned lower. But, the 50 SMA (yellow) on the H4 forex chart provided support, and we’re back up again.

I highlighted a trade idea earlier for this pair. The H4 chart is overbought in what seems to be a retrace of the downtrend which started after this pair failed to break above 1.21 a few months ago. Now, we are right at resistance, so we might go short here before this forex pair resumes the downtrend again.

The rest of the forex market has been behaving in the same way. USD/JPY climbed about 70 pips last night, but this morning this pair has given back all the gains as Nikkei has tumbled lower.

The Kiwi made a decent jump last night after the Reserve Bank of New Zealand, but the rest of the commodity market is chopping around.

The US non-farm payrolls (NFP) report is due to be released in about an hour, so the market is trying to position itself ahead of it. Expectations are for a reading of 232K, which is close to what we have seen recently. I don’t expect fireworks, but the market is nervous nonetheless.

Stocks Are Setting Themselves Up for Buyers

After such a strong uptrend, the stock markets are in pullback mode. Germany’s DAX and France’s CAC have been tumbling lower, but the reverse or the pullback started the last few days.

S&P and Nikkei, on the other hand, have been climbing until early this morning. But, the market sentiment caught up with them as well, and they started retracing lower as well.

The USD is going through a selling period now, but I can’t find anything to justify this. This is probably just a position adjustment before the US NFP later on.

This has taken Nikkei and S&P to interesting levels, as we explained in the previous market update. S&P is trading above the 50 SMA (yellow) on the H4 chart which has kept the uptrend intact previously, so it’s likely that it might reverse the price back up.

The situation is similar in Nikkei; it dived to the 50 SMA this morning, but this moving average stopped the decline there. Now the price is having trouble breaking below the 20 SMA (gray).

We took a couple of forex trades in both these indices. You never know where the end of a move is in forex, so every trade is painful. Although, the price action is giving us signs that the retrace might be over. 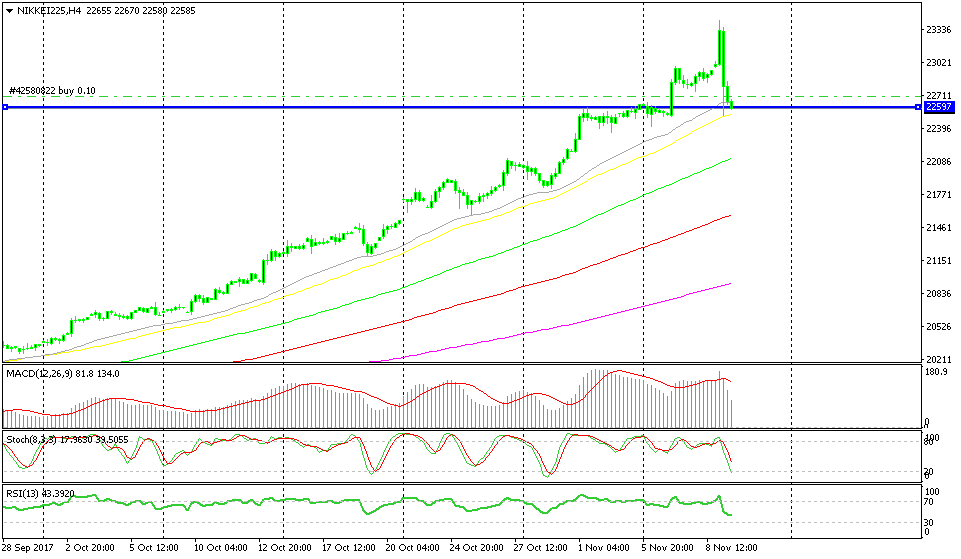 The 50 SMA is doing its job well again.

As mentioned above, the picture is similar in Nikkei and S&P. These two indices have been retracing lower but now it seems to be almost over as the stochastic indicator approaches the oversold area. The 50 SMA is also providing support for both and for Nikkei, but this area used to be resistance for the last few days. So, it will now turn into resistance, according to the support and resistance strategies.

The market is squaring off positions at the moment before the US NFP is released. Stocks are under selling pressure, but in an uptrend for an opportunity to go long which we did. Fingers crossed now.