The Euro Spikes Higher, but This Moving Average Is Doing Its Job - Forex News by FX Leaders

The Euro Spikes Higher, but This Moving Average Is Doing Its Job

The Euro has been sliding lower this morning after opening with a gap lower last night. But, in the last few hours, the Euro found some bids and in the last 30 minutes, we saw a sudden spike. I can’t find anything about it, so it’s just market sentiment as we explained in the previous forex update. 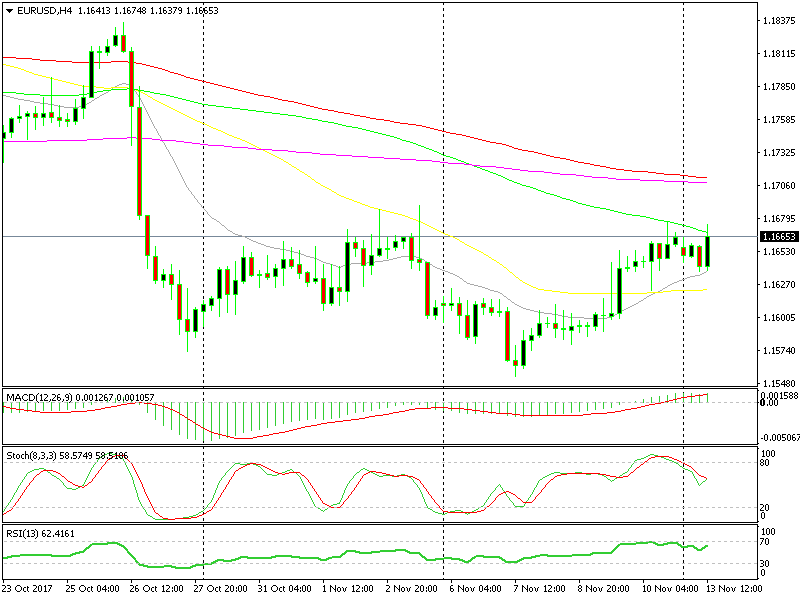 The 100 SMA is providing resistance now.

That spike took EUR/USD around 30 pips higher as you can see from the H4 chart above. The 100 SMA (green) is standing in the way, and it looks like it has formed a fence around the 1.1660-70 level. That level is a long-term support and resistance area, so hopefully, it will provide solid resistance again today.