That Moving Average Is Holding in Nikkei. The Time for Buyers to Charge In? - Forex News by FX Leaders

That Moving Average Is Holding in Nikkei. The Time for Buyers to Charge In?

We opened the Nikkei signal last Thursday as the Japanese index was putting up a pullback after a strong and steep uptrend. The pullback turned into a bit of panic, and it ended up being much deeper than most forex traders were expecting.

Although, I had my eye on something on the way down: I was looking at the 20 SMA (gray) on the daily Nikkei chart, which was the only indicator that might hold the decline. The next technical indicator is the 50 SMA (yellow) which is about 100 ticks lower. 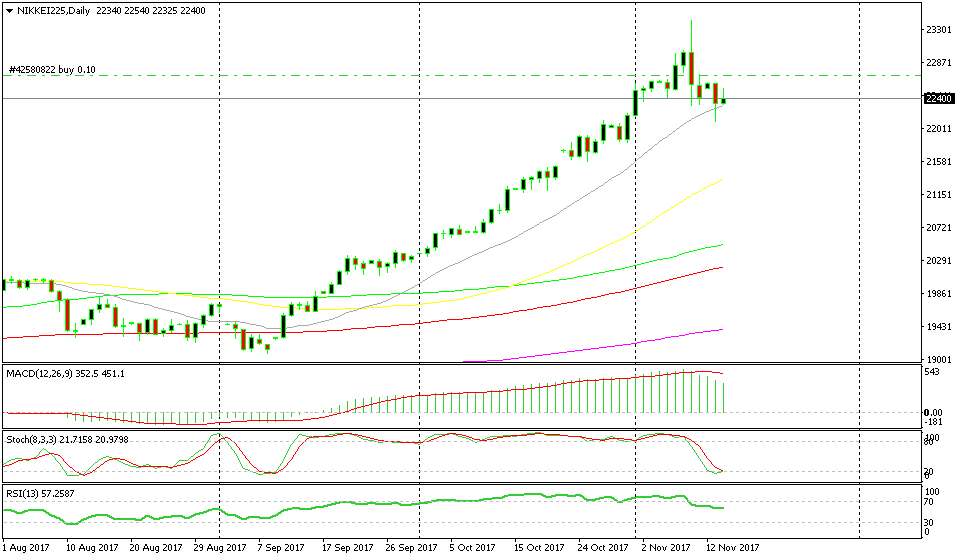 The 20 SMA did a good job providing support yesterday.

I did mention this moving average yesterday as a possible support level, and it has provided support indeed. As you can see from the forex chart, the price pierced below it yesterday, but the sellers couldn’t hold it below there and the daily candlestick eventually closed above that moving average.

This was the first decent sign that the pullback lower might be coming to an end. Another sign was the stochastic indicator which became overbought only yesterday – the first time in two months that this happened.

This shows how strong the trend is. Now the retrace is over on the daily chart, so it’s likely that the uptrend will resume soon. 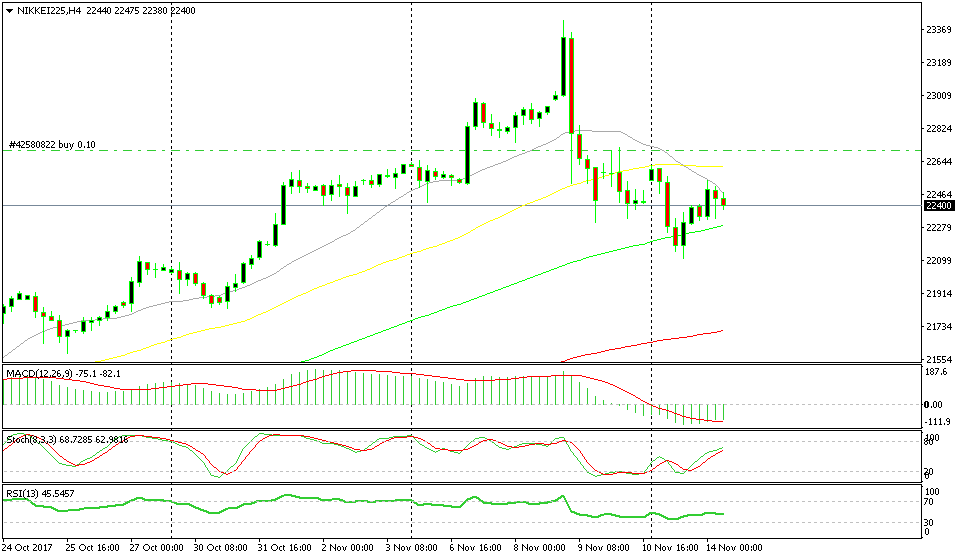 Now, the same moving average is providing resistance on the H4 chart.

Although, the buyers have to fight a bit harder now, in order to take out the same moving average on the H4 chart. As you can see, the 20 SMA is providing some sort of resistance on the top side, so Nikkei has to break above it if it is to resume the uptrend. It might take some time, but it looks like the decline is now over and the upside will resume at any time, so let’s just be patient and hang on to this forex signal.