The markets continue to trade in a risk-off attitude strangely going against the USD. However, that is likely to change soon when the US CPI (consumer price index) or inflation report gets released in 10-15 minutes. This is going to be an important report for the USD, so hang around until then guys. 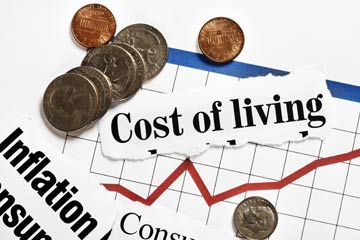 US inflation is a very important economic indicator for the FED.

There Is a Strange Fear in the Markets

Last week, USD/JPY started turning lower after failing to break the top side at around 114.70. It wasn’t a quick turnaround, but it was a sign that the market was returning to the safety of safe-haven assets after several weeks of a risk appetite.

Yet, the strongest signal came last Thursday when Nikkei made a sudden turnaround and formed a big bearish candlestick on the daily chart. This was after a strong two-month uptrend, so something was not right.

This week, the market sentiment continues to be sour and the safe haven assets are extending their gains, particularly today. USD/JPY broke below support this morning, which was provided by the 100 SMA (red), while Nikkei broke its own moving average that was acting as support. That was the 20 SMA which we highlighted in one of our forex updates yesterday.

Essentially, the entire stock market is suffering some heavy losses as DAX, FTSE and S$P extend their losses today. The uptrend has been going on for too long in stocks, so a pullback lower was overdue. This is probably what is causing all this run for safety, which has been weighing on the USD.

Green UK Wages, US Inflation Up Next

The UK average hourly earnings, which is a very long name for wages and salaries including bonuses or just wages, came out this morning and it wasn’t as bad as expected. The chart below is a bit misleading because last month’s number was revised higher from 2.2% to 2.3%. This is one of the positive aspects that came out of the report.

The other positive aspect was that this indicator remained unchanged at 2.2% this month, against expectations for a 0.1% decline. The price action was strange as GBP/USD lost around 80 pips after the release, but soon GBP stabilized.

It looks like CPI turned lower today, but it was last month that was revised higher, so it’s not a bad report.

The US inflation report (CPI) is about to be released and it is going to shake the financial markets. In September, we saw a decent jump in the numbers when this report was released. Last month was pretty much the same, although this month inflation is expected to return back down to where it was in the summer.

That wouldn’t help the Dollar, but it won’t cause much damage either unless the numbers are negative. On the other hand, if inflation remains at the same levels as last month, I expect the USD to find a few strong bids. This would be great for our live forex signals, particularly the gold forex signal. 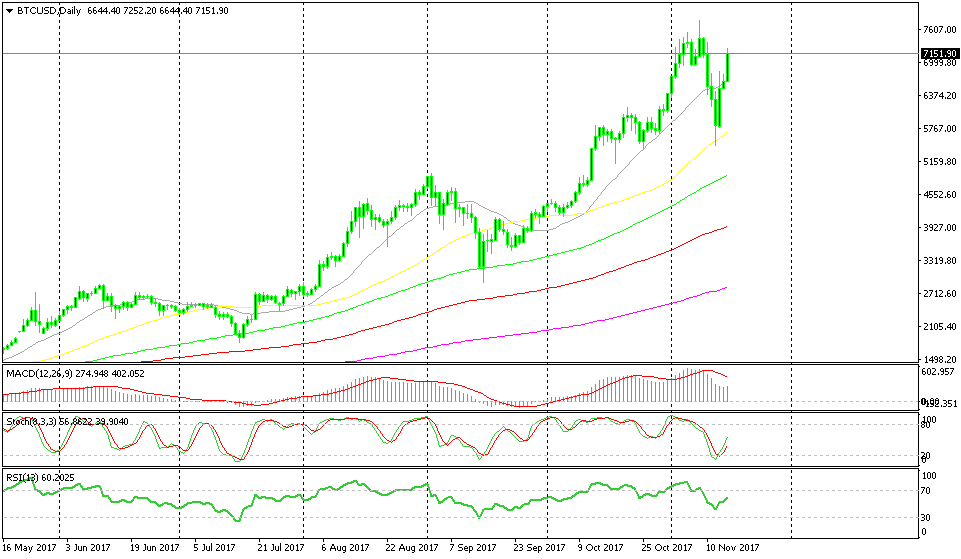 The 50 SMA held its ground on Sunday.

As you can see from the daily Bitcoin chart above, moving averages have been a great place to get in this rally on the long side. They have acted as support levels during pullbacks, proving that these technical indicators are a great tool for trading forex. During the last occasion, Bitcoin touched the 50 SMA (yellow) and reversed back up. We lost the opportunity to go long, but I’m waiting on a retrace lower on the H4 chart in order to go long. Keep an eye on our long-term forex signals, because that opportunity might come at any time.

The market is about to get shaken up soon as the US inflation report gets released in about 15 minutes. USD bulls would welcome a positive report. This would, of course, be great for us as well, since we are long on the USD with a few forex signals. Tick-tock, hang tight and place your stop losses quickly.