We haven’t had a forex signal in USD/CAD in quite some time. One of the reasons has been the recent surge in Oil prices. The CAD and Oil prices are correlated positively so when Oil jumps, CD jumps too.  But, the climb in Oil prices has been too strong, so it’s been difficult to get a good entry level in USD/CAD. 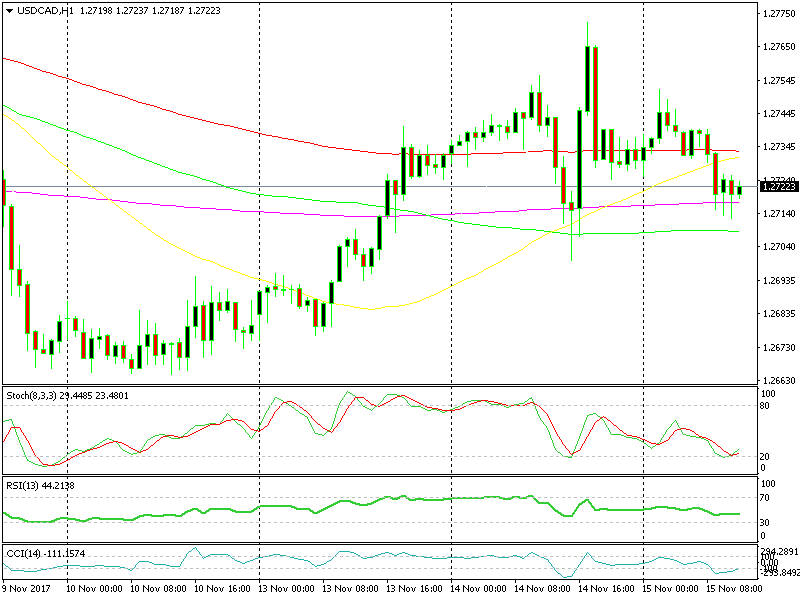 We just opened a forex signal in USD/CAD, so we’re back on this forex pair. As you can see from the H1 forex chart above, the price has moved higher in the last few days, which means that the CAD is losing ground against the Buck. At the same time Oil prices have taken a turn south, so the correlation remains.

Today, the price has retraced lower and the hourly USD/CAD chart is now oversold. This means that the retrace is over. Besides that, the retrace has been pretty shallow compared to other major pairs, so the CAD is not taking full advantage of the latest USD decline.

USD/CAD bears don’t look to eager to push lower and the last two hourly candlesticks closed as hammers. Hammers point to a reverse usually, so hopefully, the bulls will get active soon. 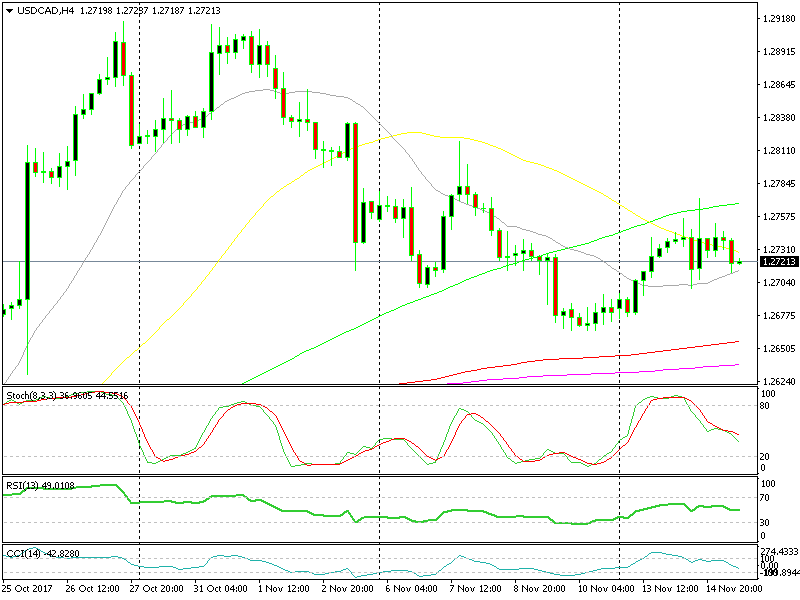 The H4 chart is bullish as well. USD/CAD has formed an uptrend in the last two months and last week it pulled back lower, so it completed the retrace. Now, the price is standing right above the 20 SMA (grey) which has provided support previously. It looks like it is doing the same again, so let’s give this signal some time to evolve from here.