The US inflation report was pretty straightforward, but the retail sales were a bit of a mixed bag. Monthly inflation returned where it was before September around 0.1% and 0.2% for the CPI (consumer price index) and core CPI.

Retail sales came better than expected, but the core retail sales missed them. Although, the surprise came from last month’s numbers, which were revised considerably higher and they were already pretty good. 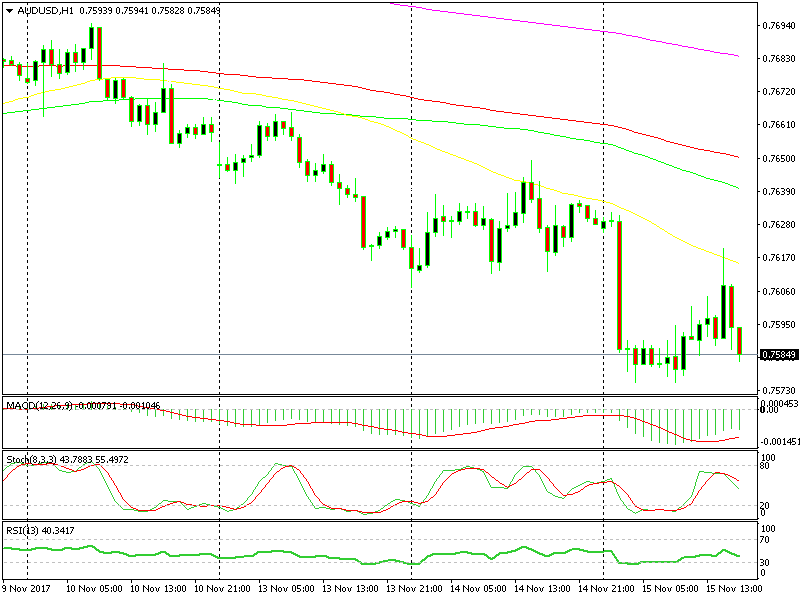 The USD took a quick dip after the release which was strange, but it reversed back and now the Buck is heading higher. Our forex signal in NZD/USD just hit take profit and the other signal in AUD/USD is heading towards that target as well, so at least the economic data went our way.

EUR/USD still looks pretty resilient because the pullback so far is not something to write home about. I am thinking of shorting this forex pair with a long term signal, but perhaps in the coming session, because as I said, EUR/USD doesn’t look like it is to turn lower and take a deep dive anytime soon.