GBP pairs are climbing higher, albeit slowly, after the retail sales report. At 0.3%, the UK retail sales beat expectations of 0.1% and made quite a turnaround from the horror that was the 0.8% decline last month.

The number is good but there are flaws in it as well. The year-on-year number declined while the prices kept going higher. If we make the connection with wages and salaries in the UK, which have been relatively steady, we can conclude that the British consumer is facing difficulties with rising prices. The surveying firm reported the same in their statement as well. 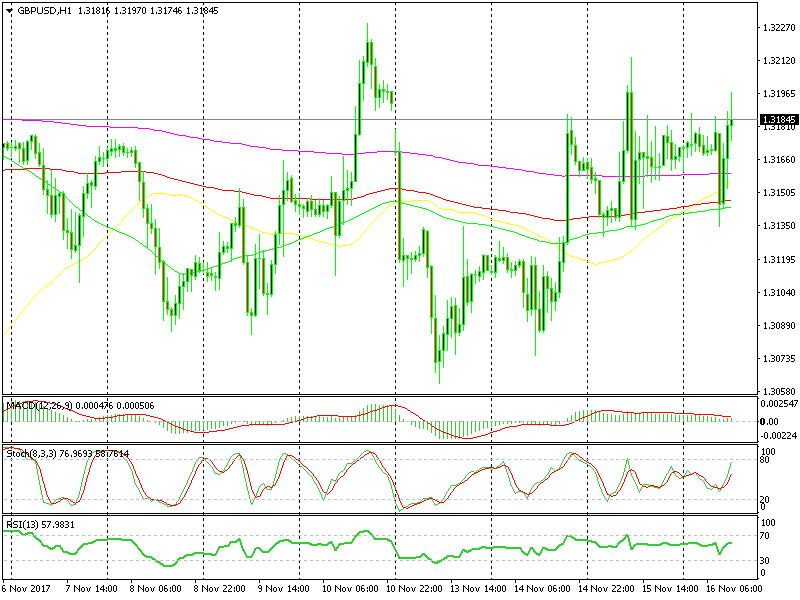 Buyers are hesitating at the 1.32 level again.

Pound traders are feeling the flaws in this report and they seem hesitant to push too far up. GBP/USD has climbed about 30 pips but is having second thoughts at the 1.32 level.

The area around 1.32 has been a strong resistance zone in the last several days and now the buyers seem to be giving up at this level again. So, I’m thinking of opening a sell forex signal in this pair.

The USD is slowly advancing across the board, so this half of the trade seems in favor of such a trade as well. Let’s just wait for another push higher towards the 1.32 level to get a better risk/reward ratio, probably let this hourly candlestick close. If it closes as a doji, a pin, or an upside down hammer, then this would be another bearish signal which would discourage buyers further and encourage sellers.