WTI (West Texas Intermediate) Oil bears put up a fight this week after a strong uptrend in the last month or so. They managed to form a pullback and retrace Oil prices a couple of Dollars lower. 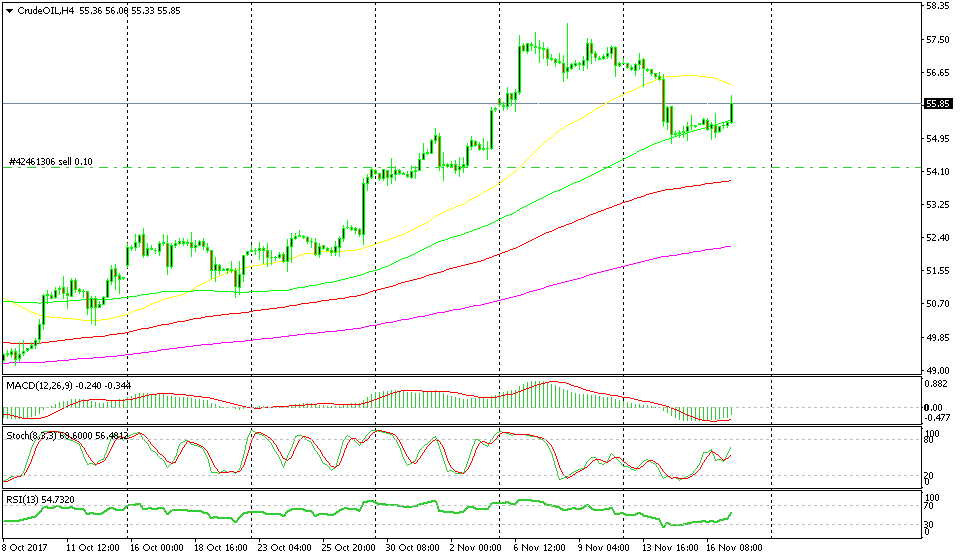 Now Oil is up nearly $2 from the lows and is headed towards another interesting technical indicator. As you can see from the H4 Oil chart above, the 50 SMA (yellow) is standing above and today the price is headed to this moving average.

Trade Idea: This would be a great bearish chart setup, since this moving average has provided support previously and now it should turn into resistance. I’m thinking of opening a sell forex signal up there around the $56.40-50 level, anyone coming?