Forex Signals US Session Brief, November 20 – Bitcoin Breaks $8,000 with the USD in Retreat, But Mind Draghi Later on - Forex News by FX Leaders

Forex Signals US Session Brief, November 20 – Bitcoin Breaks $8,000 with the USD in Retreat, But Mind Draghi Later on

The USD seems to be in a soft spot again today while the Euro has made a roundtrip south. Keep an eye on it because the European Central Bank (ECB) President Mario Draghi has a couple of speeches scheduled for later today. Also, Bitcoin is really heading for $10,000 now – should we be surprised? 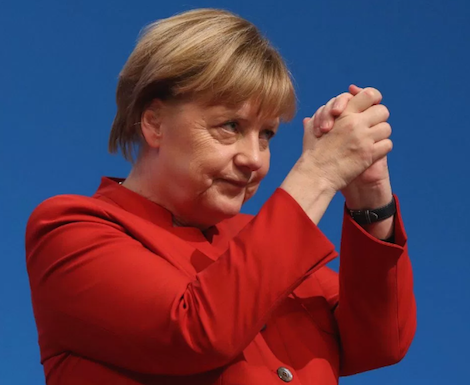 Merkel surely wants a coalition, and I’m sure she’ll get it.

The USD is under some pressure again today following the US session price action last Friday. It continues to lose ground, but it is holding on well against the Yen and Gold, which are unchanged for the day. This means that it’s not risk averse which is sending the Buck lower today.

It’s coming from the USD specifically, so at some point, this USD weakness will end and reverse back up. Hence our forex signal in AUD/USD which is currently looking good. The hourly candlestick closed as a pin below the 50 SMA which we highlighted in the previous forex update, so the chart setup looks even more bearish now.

The Euro, on the other hand, is playing games as politics are in full swing in Germany. Euro pairs lost about 60 pips last night after talks of a possible governing coalition failed. That sent EUR/GBP tumbling lower as well, so we got our pips from our EUR/GBP signal which we opened last night.

The Euro is feeling well again, so I suppose there should be some advancement in the talks between the main parties in Germany. Let’s hope a coalition is formed soon, so everyone gets back to business in Europe because you know the issues: Brexit, Catalonia independence, terrorism, the economy, immigration etc.

Bitcoin took a severe beating two weeks ago as the hard fork SegWItx2 failed to make it to the public, so Bitcoin dived and lost more than $2,000 during that week. The rest of the cryptocurrency market seemed to take advantage of the circumstances, and the main cryptocurrencies made some nice advances higher.

The dive didn’t last long for Bitcoin – when has it ever lasted this year? Every dip has seen buyers jumping in large numbers and sending prices back up. It has broken level after level during this year, and now the $10,000 level seems very real.

That’s what happened two weeks ago as well; Bitcoin dived about $2,000, and the buyers saw it as an opportunity to get in on the long side. I spotted the level where Bitcoin turned around at 50 SMA on the daily Bitcoin chart, but I hesitated too long.

Anyway, we’re still in business, so we will have plenty of opportunities to buy Bitcoin, particularly when it continues to rip higher, breaking all the levels. Today it broke above $8,000 and is hanging around there, so the top side seems more vulnerable. Although, as always, I would get in after a retrace lower in order to minimize risk but look below for that trade idea. 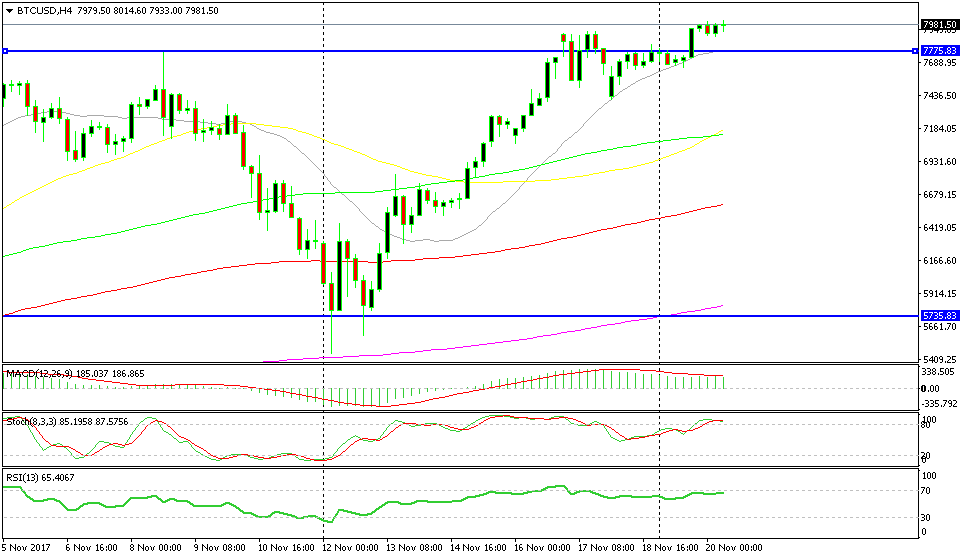 That looks like a good level to go long from.

We would love to get some of the action from Bitcoin, but I’m going in before this altcoin makes a pullback lower. The 20 SMA seems like a good place to look for longs since it has provided support twice recently, and it is also standing right at a level which provided resistance two weeks ago, so it is likely that it turns into support now.

The USD is still in a retrace mode today, so be careful if you are looking to buy, at least until the tide turns. The ECB President Mario Draghi will be speaking later today, so keep an eye on him as well if you are trading Euro pairs.