Playing the Downtrend in AUD/USD Again, Rinse and Repeat

We have been trading commodity currencies often lately, and this morning we’re trying them again with a sell forex signal in AUD/USD. We have been selling this forex pair together with NZD/USD many times during the past month, with most of the signals closing in profit.

The chart setup has formed a pretty bearish formation, so we decided to give it another go in AUD/USD. So, let’s have a look at this bearish chart setup. 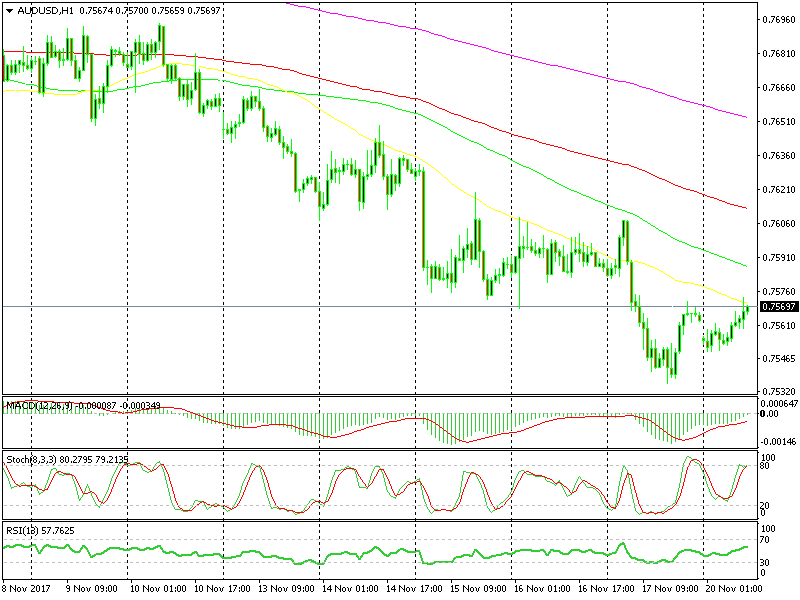 We’re back at this selling spot.

As you can see from the hourly forex chart above, the downtrend is pretty steep, and it gained pace last Friday as commodity currencies tumbled lower. As we said we're in the right direction.

Now we’re back up here at this moving average, and it looks like it is providing resistance again. The stochastic indicator is already overbought on the hourly AUD/USD chart, which is another sign that the retrace might be over, apart from the moving average and the downtrend. So, we opened this forex signal, now let’s give it the time it needs to evolve.