The US durable goods orders were pretty horrible today, but the core number is saving the Dollar at the moment, so our NZD/USD signal is still alive. Cryptocurrencies, on the other hand, continue their journey northbound with Bitcoin leading the way. 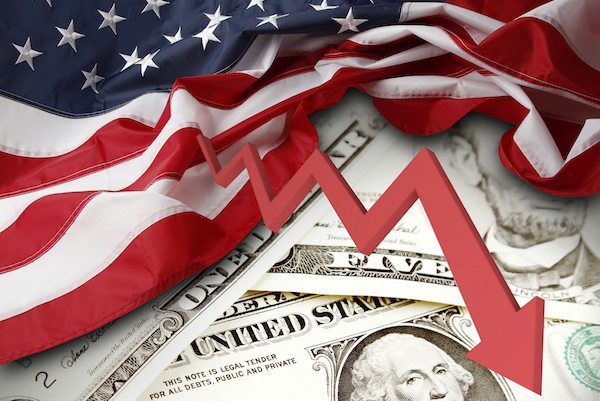 Merkel surely wants a coalition, and I’m sure she’ll get it.

Cryptocurrencies Continue Their Climb, but Bitcoin Has Formed A Short Term Top

Cryptocurrencies went through a consolidation period during most of October. There were quite a few uncertainties during that period, such as Bitcoin’s hard fork SegWitx2 which failed in the September crypto market crash, so cryptocurrency traders were trying to figure out what was going on.

Uncertainties have now diminished, and altcoin traders are trying to get action from the crypto market. This has resumed the push higher which started earlier this year.

Supposedly Ethereum was hacked recently, accounting for a $30 million loss. Ethereum isn't worried as it continues to climb higher.

Bitcoin broke the $8,000 level earlier this week, and it appears that soon it will reach $10,000. Although, it has formed a short-term top around the $8,300 level. It actually looks like a head and shoulders pattern since the middle top is a bit higher, but I don’t think this will work on altcoin charts.

The goods orders report was the one to keep watching today. The core durable goods orders took a turn higher last month after posting numbers such as 0.1% and 0.2% during the entire year. They posted a 0.7% increase last month, and it was revised even higher today to 1.1%.

The headline durable goods orders for this month took another turn – this time lower, much lower. Goods orders declined by 1.2% which is horrible. The capital goods orders excluding defense purchases also took a sudden dive of 0.5%.

Those numbers sent the Buck around 30 pips lower initially, but the USD is holding on now. The decline has stopped and NZD took the least advantage, which is great news for our forex signal here. Speaking of forex signals, our EUR/GBP signal hit TP soon after the economic data was released, so that was a good forex event for us. 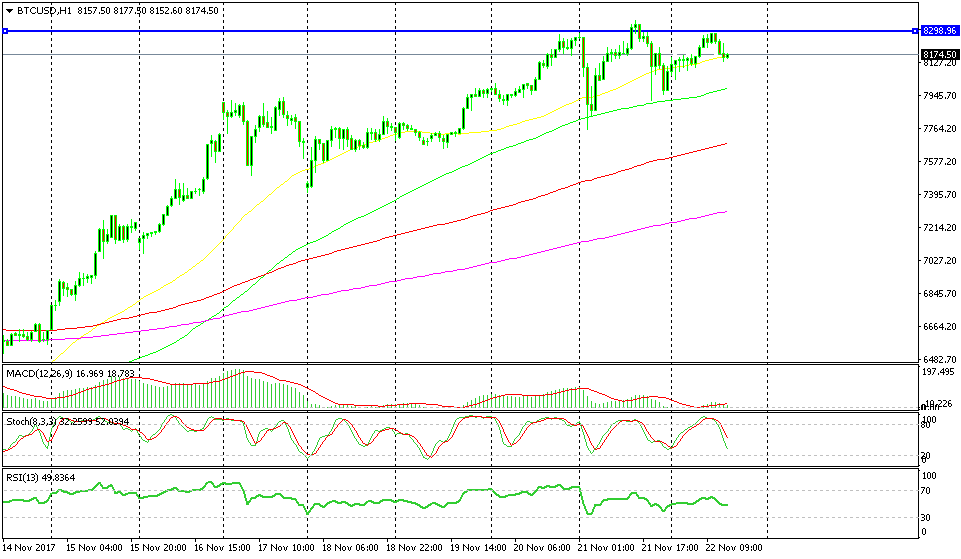 Bitcoin has formed a short-term top around the $8,300 level, as we mentioned. The price started retracing lower after touching that level earlier today and now it is sitting at the 50 SMA (yellow). The 100 SMA has been the one to provide support yesterday, so I’m hoping to see the price back there soon in order to open a buy signal.

The US durable goods orders were pretty horrible, but the USD is not falling to the ground. It is resisting the selling pressure partly due to the good core durable orders. So, I will be looking to sell EUR/USD as well when this slow climb ends.