Forex Signals US Session Brief, November 27 – Amid the Weakness Before a Big Week, Consider Buying USD

Last week was terrible for the Buck. The Dollar index closed the week about 150 ticks/pips lower causing the USD to finish considerably lower against all major currencies. Unfortunately, it looks like it is continuing on the same path today. Perhaps, the central bankers will give it a break later in the week during one of the many speeches we have to expect. 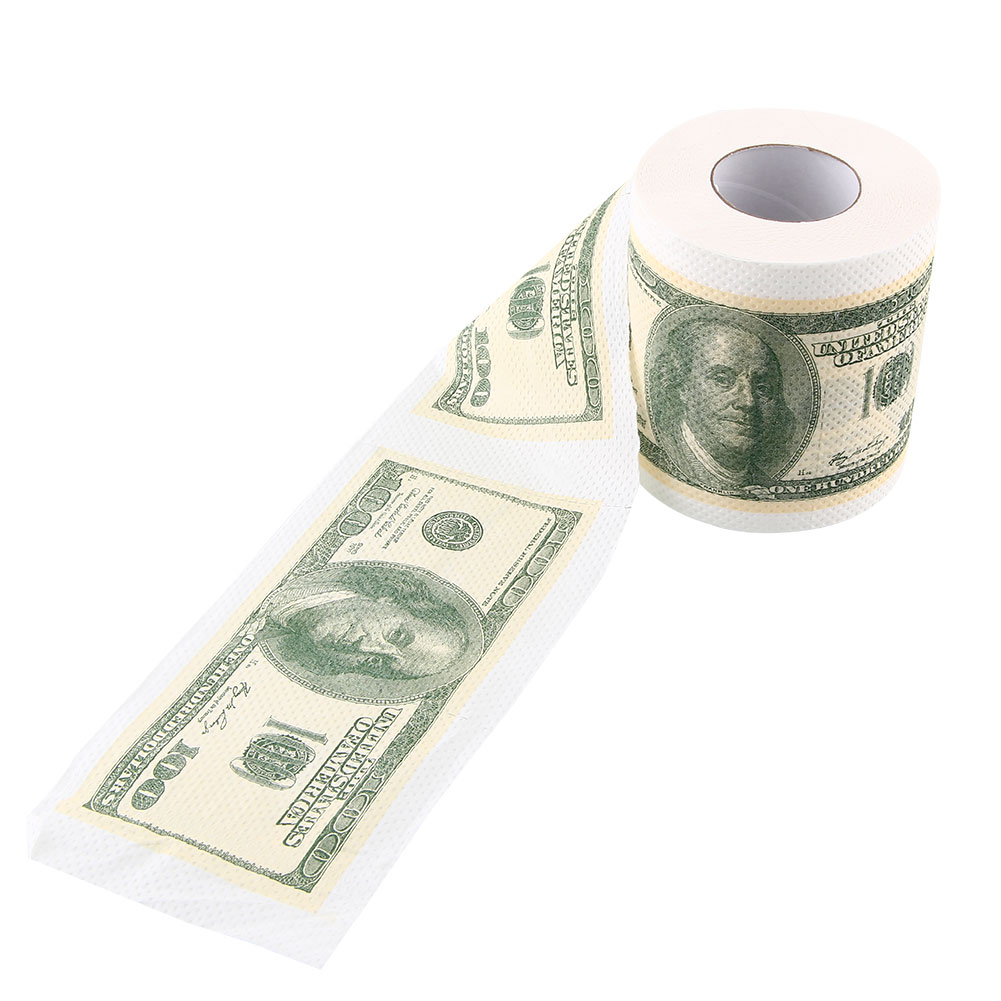 Not exactly a toilet paper, but the USD feels a bit like it recently

The US Dollar made a comeback in September and October after being on a one-way street for nine straight months. This looked like it might be the beginning of the reverse or at least the beginning of a deeper retrace higher.

But that doesn’t seem to be the case, at least not at the moment. The buck was beaten up badly last week across the board and today the beating continues. The USDX (USD index) has continued lower today, stretching the downside another 40 pips.

Almost all pairs are 40-60 pips higher today at the expense of the USD, apart from the Euro. GBP/USD is pushing higher amid some rhetoric from UK officials that they will stand up to the EU. They have been banging those drums since day one, but GBP traders are taking notice nonetheless. GBP/USD is about 60 pips higher so far today, although that’s mainly due to USD weakness as we mentioned.

Sometimes it is difficult to distinguish whether a move in the forex market is fuelled solely by USD weakness, the search for safety or risk appetite. If you can’t figure it out, the best thing is to watch USD/JPY and the commodity currencies, although not the CAD in general because the CAD is prone to price action in Oil.

Today, USD/JPY is considerably lower, while AUD/USD and NZD/USD are higher. This is not a run for safety because the commodity currencies have been performing pretty well and it is not a search for yields, because USD/JPY is tumbling. So, this is purely USD weakness.

The USDX Is Back at This Level Again

The USD index has turned lower again this month, but right now we’re at that area again. The picture was looking pretty bullish by the end of October. The price formed two dojis in August and September and the October candlestick closed about 250 ticks higher, making the chart formation bullish.

The decline stopped at an interesting level; the area around 92-92.50 has provided support in the last two years and the 50 SMA (yellow) and 200 SMA (purple) were holding there too. The stochastic indicator was oversold so the technical picture was bullish.

Last month the buyers pushed upward, but now we are back at this area. The support still stands since we haven’t closed below it and the 50 SMA is still holding the pressure, with the 200 SMA just below acting as a second defense line.

Perhaps the support will break, or maybe the central bankers will do their thing this week and push the USDX back up. This would make the chart setup look bullish again, while at the moment the November candlestick looks quite bearish. As I've said many times before, you’d be surprised how often the fundamental and technicals fall in line in forex. 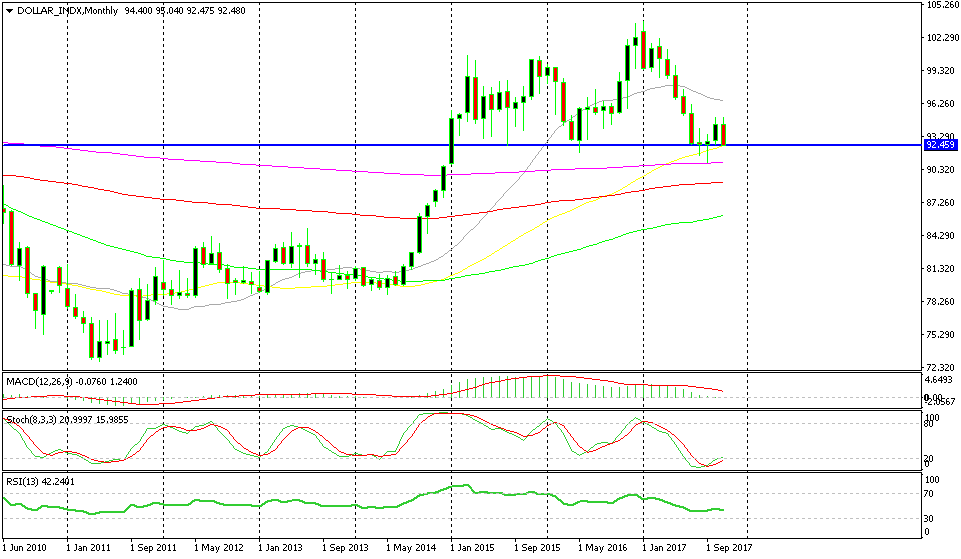 This is a make-or-break area for the USD

This is a long term trade idea. The USD index climbed upwards in 2014 and 2015. However, since then, the index has mainly traded sideways in a range. Right now we are at the bottom of this range with the 50 SMA providing support, so I think it is a good time to consider a long-term buy forex trade. The risk/reward ratio surely justifies the trade.

The US Dollar has continued to trade on a slippery slope today after last week’s tumble. But, these levels in the USD index look very alluring for USD buyers, so I might be going long on the USDX soon. Perhaps, we will get a bonus from Yellen, Powell or Draghi later in the week.