Cryptocurrencies Are Going Through A Deep Correction! Good We Stuck to Our Word and Stayed Out, Right? - Forex News by FX Leaders

Cryptocurrencies Are Going Through A Deep Correction! Good We Stuck to Our Word and Stayed Out, Right?

Yesterday, cryptocurrencies started to reverse lower after making some heavy gains and recording some record highs. Bitcoin broke above the $11,000 level but it didn’t stay up there for too long.

Altcoins started sliding lower and by the afternoon the retrace seemed to be over for most of the digital currencies. It looked like a good time and a good spot to go long on almost all main cryptocurrencies. After all, the trend has been strongly bullish in the last several weeks and the dips have been met by some strong bids. 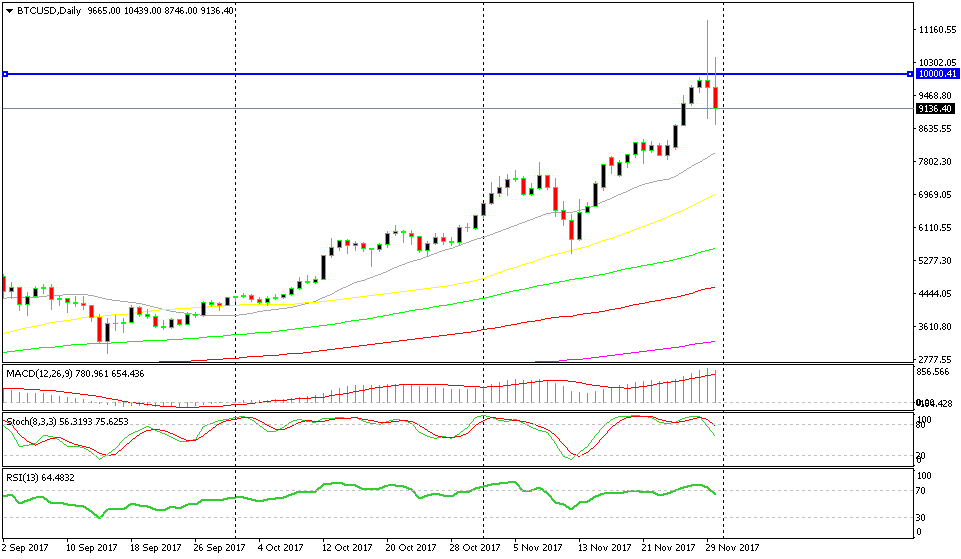 The daily chart points to further downside in Bitcoin

We thought about opening one or two buy forex signals down there, but we held back, thank God. The record highs followed by a pretty deep decline seemed quite suspicious to me, so we decided to stay on the sidelines.

In the evening I was convinced that the retrace wasn’t done. The daily candlestick in Bitocin closed as a doji or spinning top, which is a reversing signal. Today, we see the crypto market considerably lower.

Although, this dip still is a good opportunity to go long on digital currencies. Judging by the daily Bitcoin chart, the downside has still a lot of room left until stochastic becomes oversold, since it is overbought at the moment and turning down. 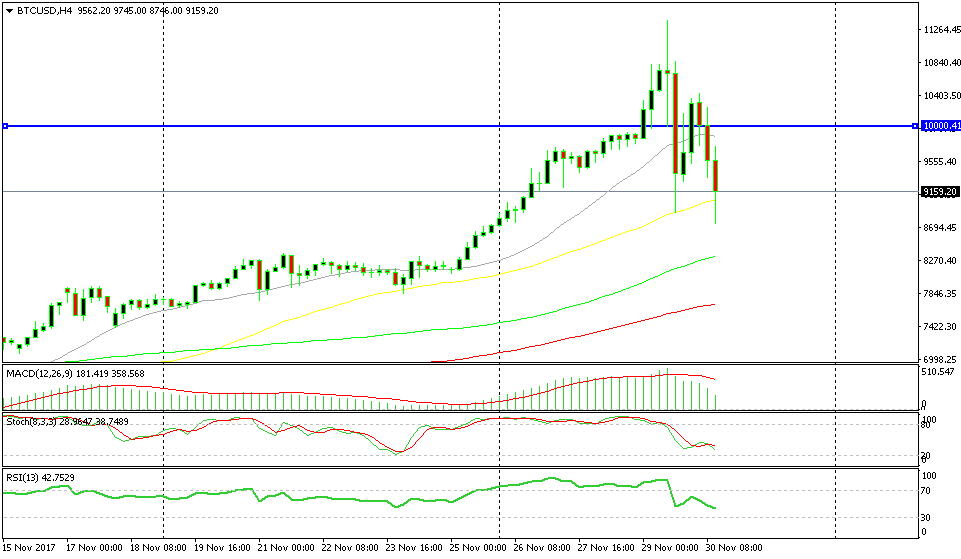 The H4 chart is almost oversold

But, the H4 chart is almost oversold and we are trading around the 50 SMA (yellow) at the moment. If this H4 candlestick closes above the 50 SMA, then this might be a sign that the pullback lower might be over. We might trade the daily or the H4 chart, but it’s best to leave this H4 candlestick close before making a decision, so let’s wait a bit longer.