Yesterday we were having a tough time with EUR/USD forex signals. Actually, the price action was irrational in most forex majors and we were wondering why. Only now it struck me that yesterday was the last day of November and today is the first day of December, so cash flows are in full swing, hence the strange price action. 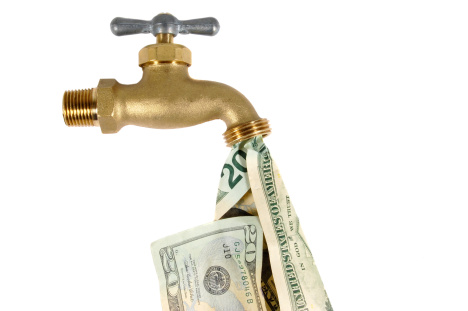 The USD is putting up a decent fight today

The forex market behaved very strangely yesterday. We opened a couple of sell forex signals in EUR/USD as this forex pair was retracing higher after three days of the downtrend. But, the pullback wasn’t stopping. The Euro kept climbing and climbing and it ended up more than 100 pips higher from the bottom.

It might have been just plain USD weakness since GBP/USD was making new highs. But at the same time, the Japanese Yen was falling hard. JPY lost nearly 100 pips by the end of the day, which means that EUR/JPY climbed more than 150 pips.

So, it wasn’t just USD weakness. The commodity currencies were also declining. What was it then?

The only remaining factor for this crazy market was the cash flow. A lot of payments are made at the end of the month and at the beginning of the next one from multinational companies and other institutions, which sometimes drive the forex market crazy.

The impact is not always this big, so forex traders tend to forget these cash flows during this time of the month. That’s the reason why sometimes they catch you by surprise.

Today, the price action is pretty similar, to be honest, so we’re not out of the woods yet. The Aussie lost about 30 pips this morning, but NZD/USD is stuck at the 50 SMA on the H1 chart. We opened an NZD/USD forex signal earlier on because the Kiwi has been the weakest of the two commodity currencies, but now I wish we had gone short on AUD/USD. Nonetheless, the chart setup in NZD/USD still looks bearish.

USD/JPY at An Important Level

USD/JPY has been sliding lower during the entire month on November losing 400 pips top to bottom. But in the last few days this forex pair has reversed higher ad has claimed half the losses of November.

Although, the buyers face a tough challenge above now. The 50 SMA (yellow) on the daily chart stands around 30 pips higher where the price is now and that moving average has provided support and resistance early in November.

The stochastic indicator is almost overbought which makes further gains even harder now, although the pressure remains on the upside. The sellers have appeared today and they had a few attempts at the down side, but without success. The 200 SMA has been sticking its foot on the ground and is not letting go.

The 50 SMA will be a tough challenge to overcome

By the way, we opened a buy forex signal earlier on at that moving average, which just reached the take profit target. So, the buyers remain in control on this forex pair right now. We’ll see how the price reacts when we get to the 50 SMA on the daily chart at 112.80. 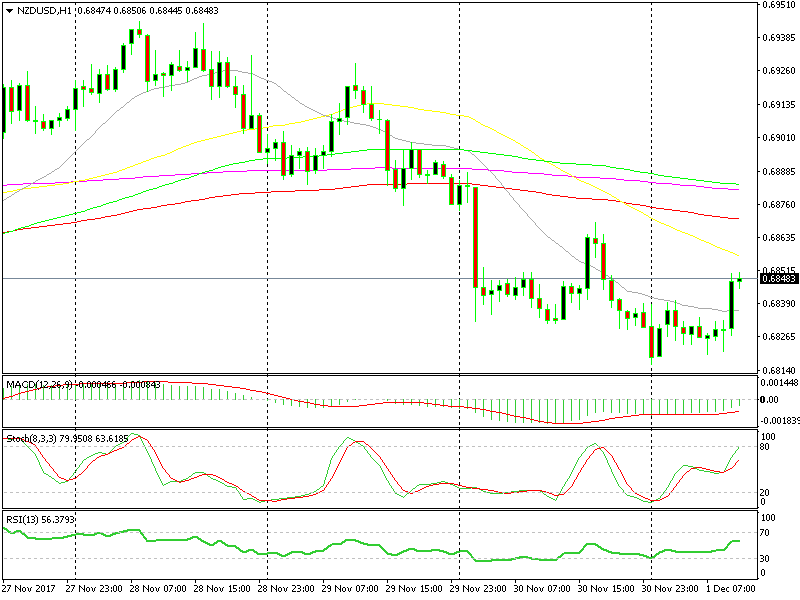 Yesterday, the uptrend in EUR/CHF picked up pace as the Euro caught some strong bids amid global cash flows. We had a winning buy forex signal yesterday, but this morning EUR/CHF pulled back lower and completed a retrace.

The six technical indicators that we have listed above signaled the end of the retrace, so we decided to go long on this pair again. The reverse higher has already started and out signal here is looking pretty good.

The cash flows seem to be affecting the forex market today as well, so we will watch our trades closely. Besides that, there is the economic data which makes trading a bit harder. The Canadian GDP report was just released and it was impressive and the US ISM construction PMI will be released in an hour, so be careful out there today.