Can These Two Moving Averages Hold A Forex Trade in EUR/USD? - Forex News by FX Leaders

Can These Two Moving Averages Hold A Forex Trade in EUR/USD?

Last night EUR/USD opened with a gap lower at the Tokyo session. In fact, it was the US Dollar which opened with a gap higher against most forex majors. Political events hurt the USD last Friday which sent the USD tumbling around 100 pips lower, but as we have seen so often, these sort of dips have turned out to be nothing more than a short lived panic and thus have been good opportunities to buy the USD. 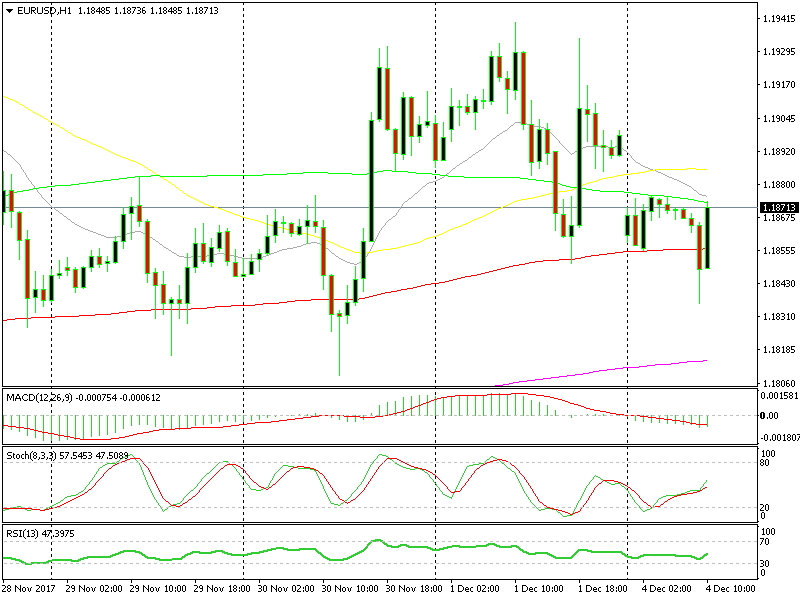 The two moving averages should provide some solid resistance.

In the first few hours of the morning, this forex pair slipped a little lower until it reached the 100 SMA (red) on the hourly forex chart which held the decline at first. That moving average provided support, and later the price moved up reaching the 100 simple MA (green), which provided resistance on top.

In the last few hours, we see that the price has bounced between the 100 smooth and the 100 simple moving averages. Right now the price is back up at the 100 simple MA (green) which is again providing resistance.