Forex Signals US Session Brief, December 4 – Good News for GBP While the USD Catches A Break

The US Dollar seems a bit better off today after a horrible end of the week last week. These USD dips during political/White House noise have been good opportunities to buy the Buck. The GBP is also feeling energetic at the moment after some progress on UK/EU Brexit talks, although a deal still looks far off. 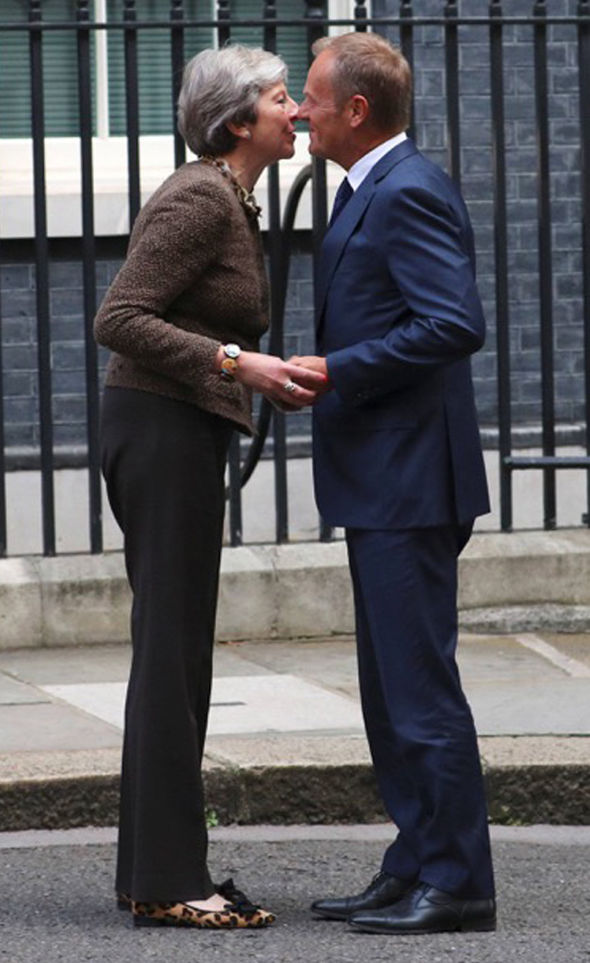 Will these two kiss and make up… and strike a deal when they’re finished?

USD as If Nothing Happened Last Week

The melodrama in US politics has been going on since Trump was elected president last October. The US Dollar has been suffering throughout this year but the hardest periods have been during increases in political tension.

The reason for this is that whenever there is a problem in the White House, the market immediately thinks that this will be the end of Trump and his Tax Plan. No such thing has happened thus far; Donald Trump has survived all the storms this year and I’m sure he will close his term in the White House.

Even if Trump is forced to leave his job, the Republican party still holds a majority in the Congress which means that another of these guys will take the position. Besides, the Tax Plan is already underway, so there’s no turning back.

Therefore, all these dips look very tempting to go long on the USD, at least for the next few trading sessions. That was the case today; the Buck lost around 150 pips against the JPY last Friday, while today it is back up after a 60 pips gap higher.

We refrained from going long on this forex pair last Friday, but I did highlight that opportunity at the time, so hopefully, some of you made use of it and made some decent profit.

Finally Some Good News for GBP

The UK construction sector arose from the dead last month after it dipped the previous month. This month though, the sector of the British economy recuperated and it moved above 5 3 PMI points, which is far enough from the 50 level.

That improved market sentiment towards the GBP since it had lost around 100 pips against the Buck in the last several trading sessions. The real reverse though came from Brexit comments; we heard positive comments from both sides.

EU officials said that there’s a 50/50 chance of striking a deal soon before Brexit starts to take place and that there are “only a few words missing” for an accord. British PM May, on the other hand, said that “good progress is being made”. This is the first time we heard positive comments from both sides.

Although, the Irish still stand in the way and they have every right to do so. After all, they will be heavily affected by Brexit, both in the Republic of Ireland as well as in Northern Ireland. DUP is the Party in Northern Ireland which is keeping the Tories in power with their votes. But, they don’t look satisfied with trade rule convergence.

Well, they might burst the bubble at any time since Theresa May’s party doesn’t have a majority in the parliament without them. Nonetheless, GBP has made some decent gains this morning, which shows how obsessed forex traders are with Brexit at the moment. 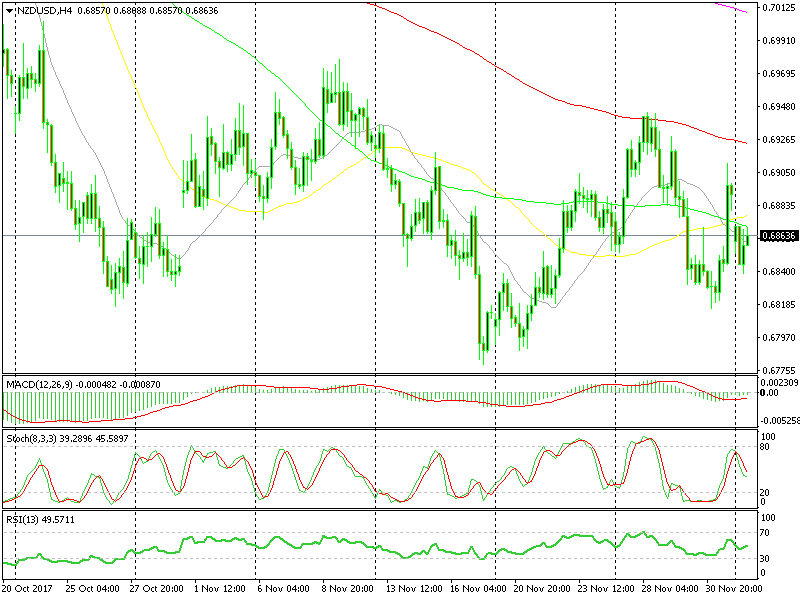 The H4 chart is already heading down

There are more reasons for this sell forex signal in NZD/USD; the Kiwi has been the weakest of the majors today and it hasn’t been able to gain much against the USD in the last few hours, unlike its neighbor the Aussie. The stochastic indicator is heading down on the H4 chart – another bearish indicator. So, we decided to go short on this forex pair and our signal looks good at the moment.

Unlike the last two trading days, today there are no cash flows to drive the forex market around, so it should be easier to trade. Later on, we have the US factory orders which might provide some more action, though the impact is likely to be limited.