Today we have a few important fundamental forex events on the calendar. At the moment, we find the forex market a bit confused, that’s why we don’t have a lot of forex signals. However, that’s not the case with Bitcoin – it is currently pushing higher. Over the last two days, Bitcoin has gained more than $3,000 on my platform and it doesn’t look like it is going to stop anytime soon. 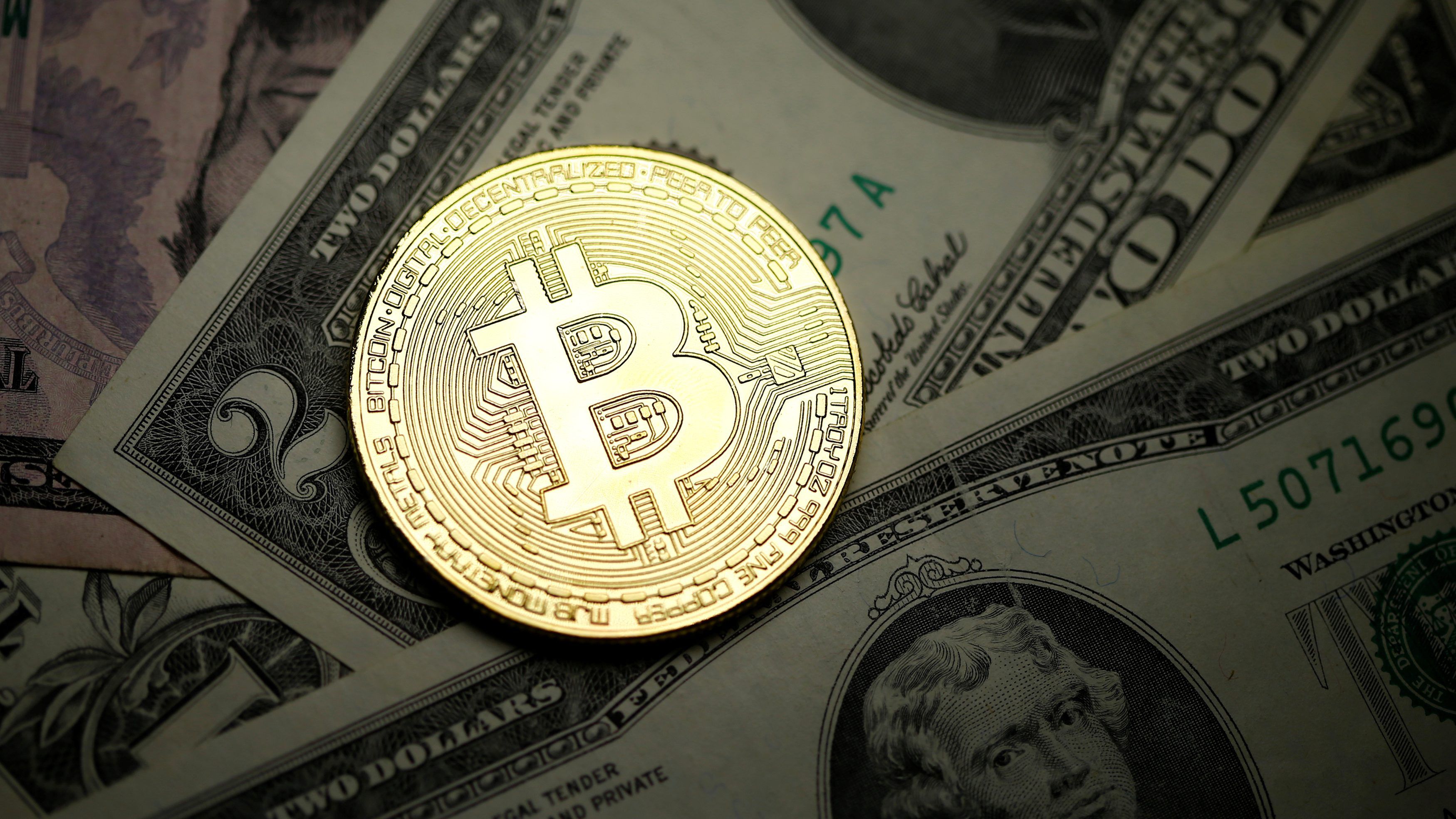 Bitcoin is worth more than diamonds now I suppose

Brace Yourself for Unemployment Claims and Super Mario

The ADP non-farm employment change usually holds around these levels as well, 220-250k. But, yesterday, this fundamental indicator dived below the 200k level. This means there’s a chance that the unemployment claims number might be affected by lower ADP jobs.

We have a long-term sell forex signal in EUR/USD, meaning we are bearish on the Euro and hope that Super Mario plays his game right today. The market is waiting for his speech because all majors forex pairs are feeling numb, and hopefully, this will give them a push.

GBP/USD jumped 40 pips higher about an hour ago, but in the following hour, it dived 100 pips lower. That’s the sort of price action that Brexit brings, but we made a nice profit during that move on EUR/GBP, so we can’t complain.

Where the Hell Is Bitcoin Going

Yes, it is getting crazier by the day with Bitcoin. Only a couple of months ago it looked like the $5,000 level was going to be the top, at least for this year. Two months later and that level looks so far now.

Bitcoin took out the $5,000 level and headed for $10,000. That was the other big level on everyone’s mind, but it didn’t last long either. It proved to be a lightweight and the price pierced right through it.

Of course, that wasn’t enough for Bitcoin traders. In the last few days, Bitcoin has claimed nearly $5,000 and now we are challenging the $15,000 level.

Although, if you look at the H1 Bitcoin chart below, the price tumbled around $1,000 lower in less than an hour. The price touched the 20 SMA (grey) and stopped there. That was a good opportunity to go long, but the moves are so fast nowadays in Bitocin. Besides, this sort of price action is pretty scary.

The price is $600 higher now, so we missed that opportunity. That moving average has turned into a buying indicator now. Therefore, we should keep an eye on that for future Bitcoin trades if this cryptocurrency makes another pullback lower. 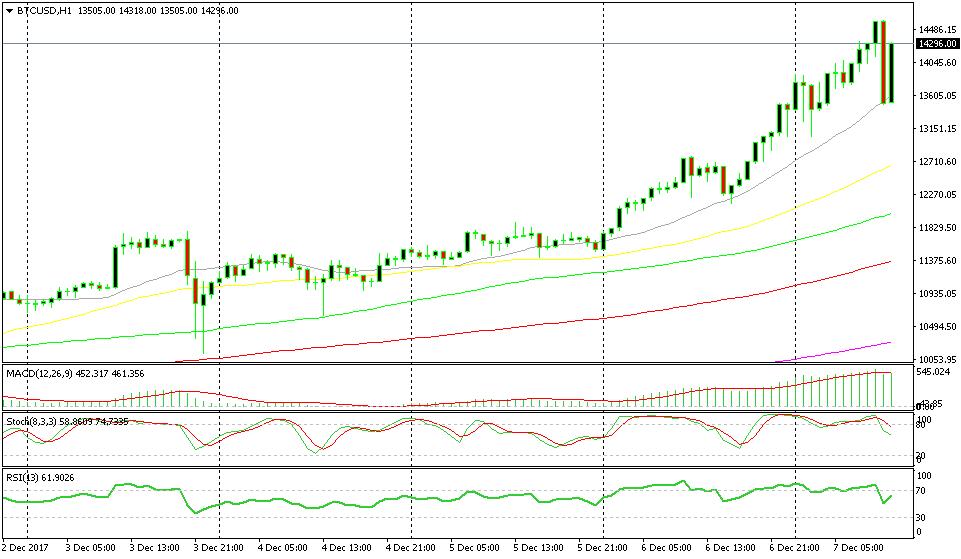 Those moving averages are good buying indicators for Bitcoin traders. 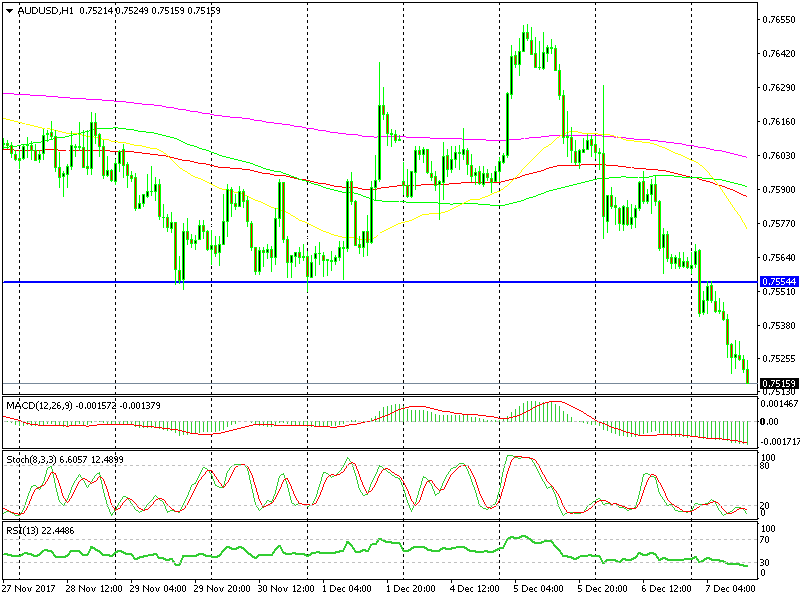 Last week’s support at 0.7550s should be a good place to sell if AUD/USD retraces up there.

In the last two weeks, commodity Dollars have been consolidating sideways, but on Tuesday, the downtrend resumed. Today, the Kiwi and the Aussie accelerated the decline. I am waiting for a retrace higher in order to open a sell forex signal. Last week’s support at 0.7550s is likely to turn into resistance making it a good place to sell. But, we have to be patient until then.

The USD is slowly crawling higher today so the sentiment is turning bullish session after session. On a side note, the forex market is waiting for the US unemployment claims and ECB president Draghi to give us some direction, so don’t be too sure of anything until then.