EURJPY – Get Ready To Catch Retracement!

During the last week, Japanese Yen had haven appeal due to a “risk-on” sentiment. Due to which most of the Japanese currency pairs entered into overbought zone. EURJPY is one of them and I’m eyeing to cash this opportunity.

The cross currency pair is consolidating below a strong resistance level of $133.900. The resistance is extended by the bearish trend line on the 4-hour chart. 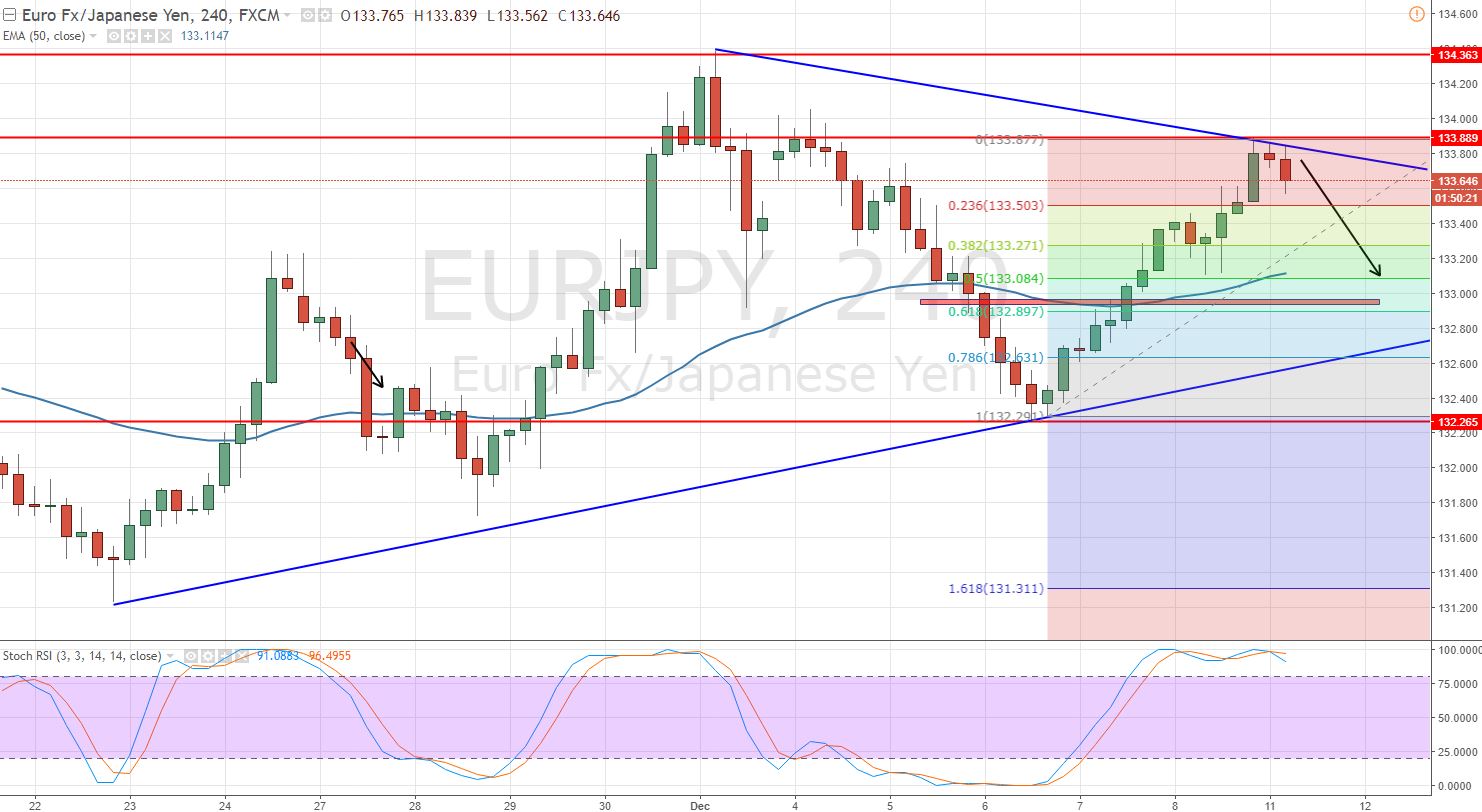 The Doji candle followed by a bullish momentum demonstrates the neutral sentiment of investors. At the same time, the Stochastics are in the overbought zone.

Considering the technicals, we opened a sell signal to target 133.360 with a stop above 134.06. Investors are suggested to move their stops at breakeven as soon as the signal shows 15-20 pips profit. Good luck!