Yesterday the FED made their decision to increase interest rates after several months. The central bank bonanza is not over yet. The Bank of England (BOE) and the European Central Bank (ECB) had their appointments scheduled for today. It seems they have a master plan, although, we don’t know yet what it is. The other majors are not doing much apart from the USD decline after the FED. 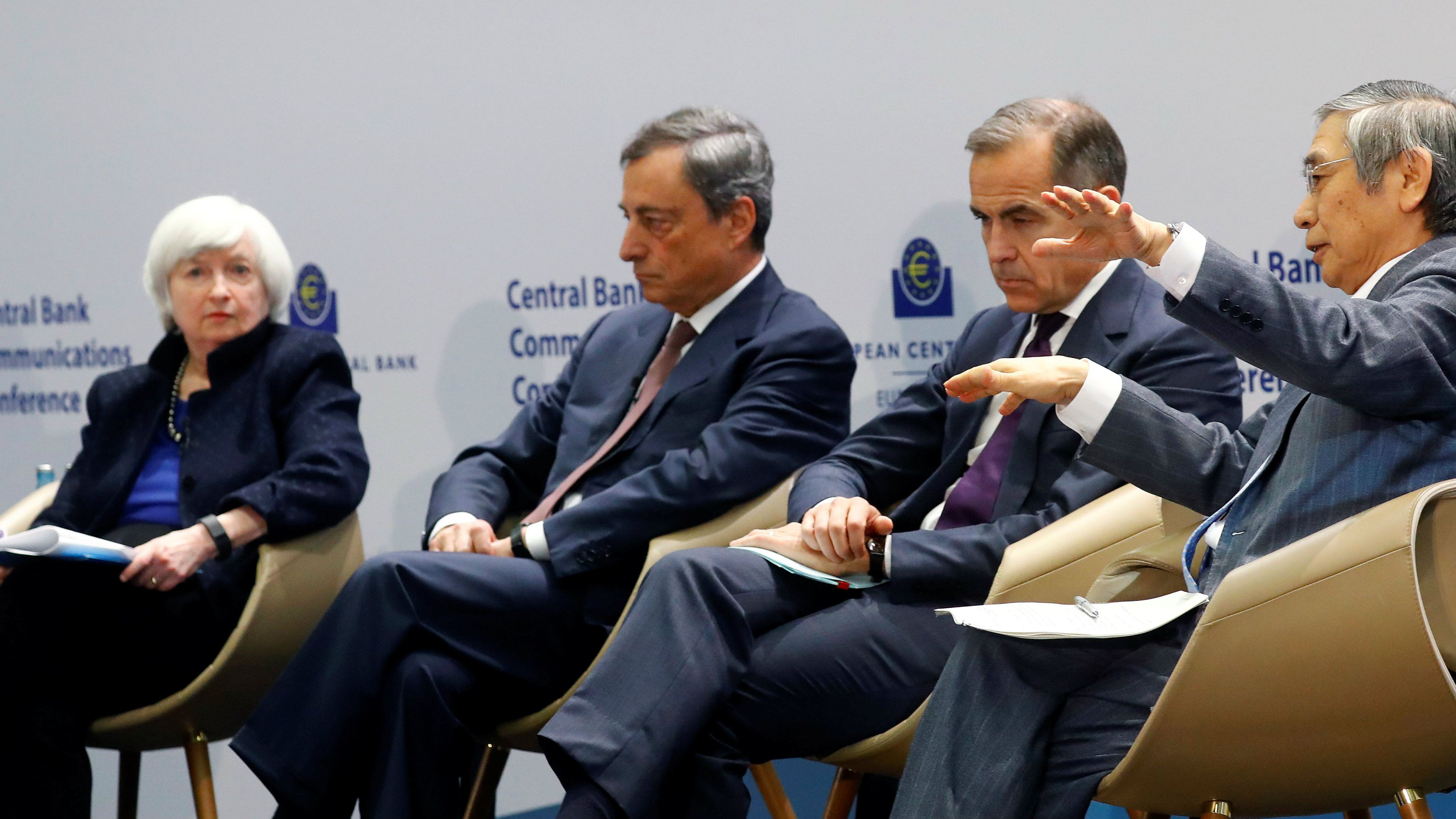 USD Down After the Rate Hike

The US Dollar is losing ground fast, again. The FED increased the interest rates to 1.50% yesterday, but the USD did the opposite of what the forex textbooks tell us. It has lost more than 100 pips since the fundamental event. This is a good example of how fundamental events can mislead you in this business.

Sometimes, the forex market behaves exactly as expected, but often we see forex pairs take the opposite approach. This was one of those cases.

We have to figure out when the market might go in the direction of the event and when the chances are that it will go the opposite direction, so we don’t get caught on the wrong direction. The market usually goes against the event when the event has been talked about over and over and everyone knows what’s going to happen.

It’s good we closed our long-term sell forex signal in EUR/USD yesterday before the FOMC meeting. Now, after having pocketed around 100 pips, we are looking at opening another sell signal at a better price.

BOE and ECB in Action

As we mentioned above, central banks have been the focus of the last 24 hours. Yesterday we had the FED; today we have the ECB and the BOE. Earlier this morning we had the People’s Bank of China (PBOC). I know the PBOC doesn’t move the market; it doesn’t move the Chinese Yuan either because the commies have pegged their currency to the USD with minor fluctuations, but it’s worth mentioning.

The BOE and the ECB just had their meetings and they left interest rates unchanged as expected. The GBP has slipped about 30 pips lower, while the Euro is slowly creeping higher.

The GBP is lower because the statement from the BOE was a bit soft. The statement suggested that rate hikes will be “limited and gradual” which isn’t exactly what the buyers like to hear. On the other hand, Brexit is the elephant in the room. EU officials are having a meeting about it in the coming days, so GBP traders are being careful. We have a trade idea for GBP/USD, which we will present in the section below. 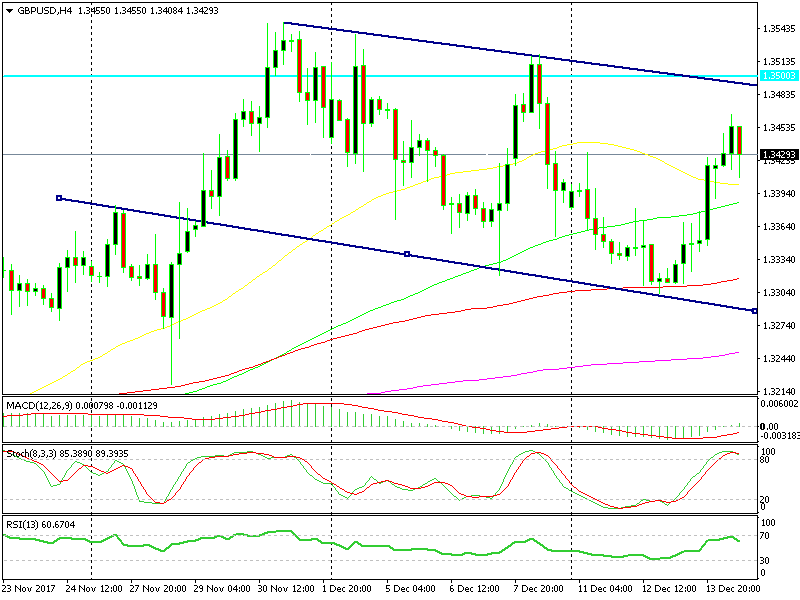 GBP/USD is forming a downtrend, so we’re thinking of shorting it soon

As you can see from the H4 chart above, this forex pair is starting to form a downtrend. The price is making lower highs and lower lows. My take here is that we wait for a push up to around 1.35 and then open a long-term sell forex trade. The area between 1.3500 and 1.3550 has formed a resistance and we should try to get some good pips from it.

The Swiss National Bank had their meeting today. Although, none of the central banks had much impact on the forex market today. The market is still trading the FED event. The US retail sales report is due soon, so keep an eye on that as well.