Today the economic data is pretty light, only with some manufacturing releases from Japan and the US. The market seems to be uncertain which direction to take so all forex majors are following their own mind at the moment. After two days of central banks, the market is trying to figure out what will happen next, so there’s no real direction today. 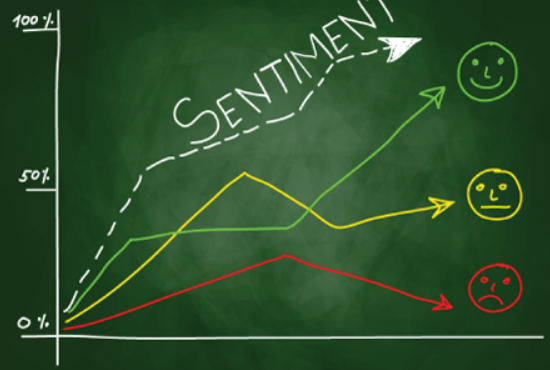 Where Do We Stand After Central Banks?

The FED hiked interest rates on Wednesday, while yesterday we had the BOE, ECB, PBOC and the SNB. If you don’t know the abbreviations, they stand for Bank of England, European Central Bank, People’s Bank of China and the Swiss National Bank.

As we know, the forex market moved around 100-150 pips on FED’s rate hike and the FOMC statement on Wednesday. Yesterday though, the forex market wasn’t too affected by the other central banks. But, they did leave forex trades scratching their heads.

The ECB acknowledged the improving economic conditions and inflation and they hiked expectations for 2018.  But they also said that most of the inflationary pressure was coming from energy and food prices, hence the reverse in Euro pairs during the afternoon.

The rhetoric was similar from SNB and the BOE. They delivered some hawkish comments at the beginning, but they also made sure not to give the market any funny ideas so they tried to keep the expectations down.

AUD/USD and NZD/USD retraced down yesterday, but they are back up now and we cashed in on our buy forex signal in NZD/USD. Almost forgot, the BOC head Poloz said that the “Canadian economy will need less stimulus over time”. That sent USD/CAD diving nearly 140 pips.

Market sentiment is a big driver in financial markets, especially when there aren’t any fundamentals to move them around, such as comments from central bankers, economic releases or political events.

EUR/GBP has been reclaiming yesterday’s losses all morning today. But, the sentiment still remains bearish on this pair, especially when the price is around 0.8830s. We are quickly approaching that level so I’m getting ready to open a sell forex signal here.

Looking at the commodity Dollars, they have been climbing higher all week so the sentiment is bullish towards them at the moment. It’s for this reason that I’m also planning to trade one or two of these commodity pairs. AUD/USD is making decent retrace today, so I’m keeping an eye on this pair because it is approaching a decent level for buyers. 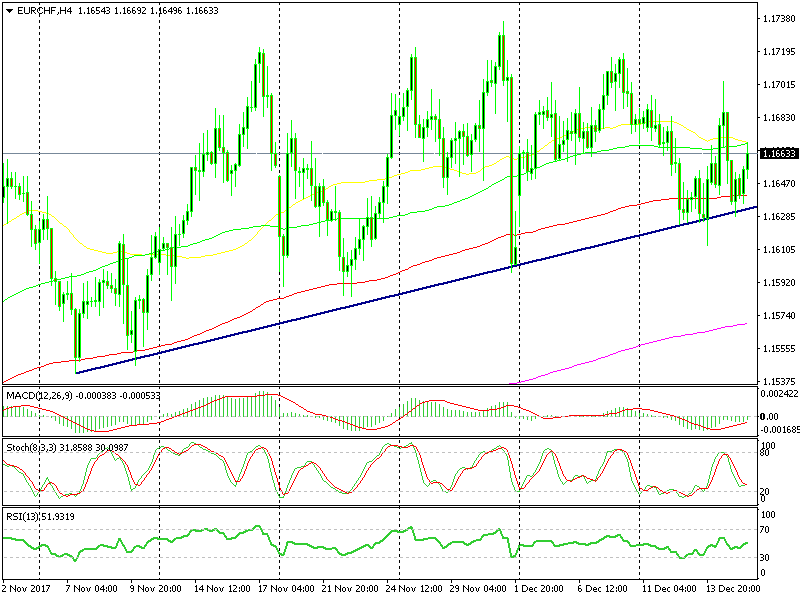 The trend line and the 100 SMA are working well together

We opened this forex signal yesterday actually and it has been going quite well since then. We opened our signal at the 100 SMA (red) which has been providing support for several weeks. It has been pierced in all occasions, but that’s how this moving average is working: a quick break below, followed by a reverse back up. The trend line was also providing support, so we decided to go long and it was a good decision since the price is close to our TP level.

The US and Canadian manufacturing reports are coming up soon, but I doubt they will have an impact on the forex market today. We are looking to buy AUD/USD or to sell USD/CAD, so hang around for more forex trades to come in the afternoon.

Forex Signals Brief for Jul 23: Can the Bullish Bounce Continue?
2 days ago

Forex Signals Brief for Jul 22: Bitcoin Bounces Back
3 days ago