Trading with the trend is always safer in most aspects of life and even more so in forex. It is assumed to be 5-10 times safer to go with the direction of the trend then to go against it.

We used to be bearish on NZD/USD in the last several months, since the trend has been bearish during this time. We have had quite a few sell forex signals here, most of which closed in profit.

But the trend in this forex pair changed on Monday when the Governor of the Reserve Bank of New Zealand got appointed. It also received a boost later in the week from the positive Australian economic numbers. 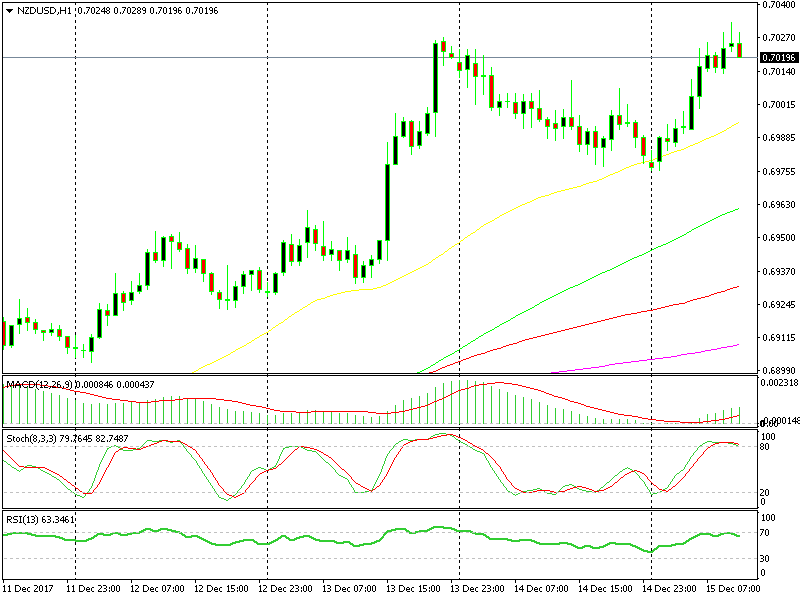 The 50 SMA held its ground yesterday

So, we switched to bullish, at least in the short term because the long term charts are still bearish. Yesterday, this forex pair was going through a retracement period after trending higher for the entire week.

As you can see form the hourly chart above, the price retraced lower to the 50 SMA (yellow) in the afternoon. The stochastic indicator became oversold by that time, which meant that the retrace was over. We went long right there and that forex signal has closed in profit this morning. The bullish chart setup worked. Now we are on to the next trade, which we will post here shortly.