Forex Signals US Session Brief, December 29 – USD Ends the Year at the Lows

The Dollar started the year on the back foot and it is ending it in the same way. It came as a surprise at the beginning of the year but it is not such a surprise now. Although, I expect next year to be different for the US Dollar, which I will explain why on this midday brief. 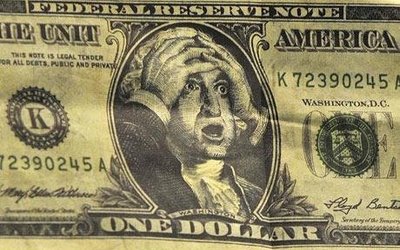 A terrible year for the Buck by all means

Officially One of the Worst Years for USD

This has been a terrible year for the US Dollar. The USD got a big boost when Donald Trump got elected president in October 2016 and continued to rally until January this year. Trump had promised a tax plan which supposedly would make it easier to make business in the US and help the economy, so USD traders got excited.

But, come January and everything turned around 180 degrees. The USD started a downtrend, which turned out to be one of the strongest ones in recent history.

In fact, in the last decade we have only seen this sort of decline only happen once, at the height of the global financial crisis in 2019. Although, that decline was justified at that time by the economic crisis that the world hasn’t seen since before WW2.

This year, the decline was mostly due to the market sentiment and that sentiment was formed by political events, particularly in the US. Financial markets are not used to this sort of leadership, so they got the idea that Trump might not last long on the job.

But, that doesn’t look likely now and that’s why I think that next year will be better for the US Dollar. The other reason is that tax bill has passed and next year the US economy will feel some of the effects of it, which are supposed to be positive for the economy, as I mentioned above.

The reverse might not start immediately at the beginning of the year, but I have this feling that this is going to be a good year for the Buck. Or, the reverse might as wells start right away, just like this year. 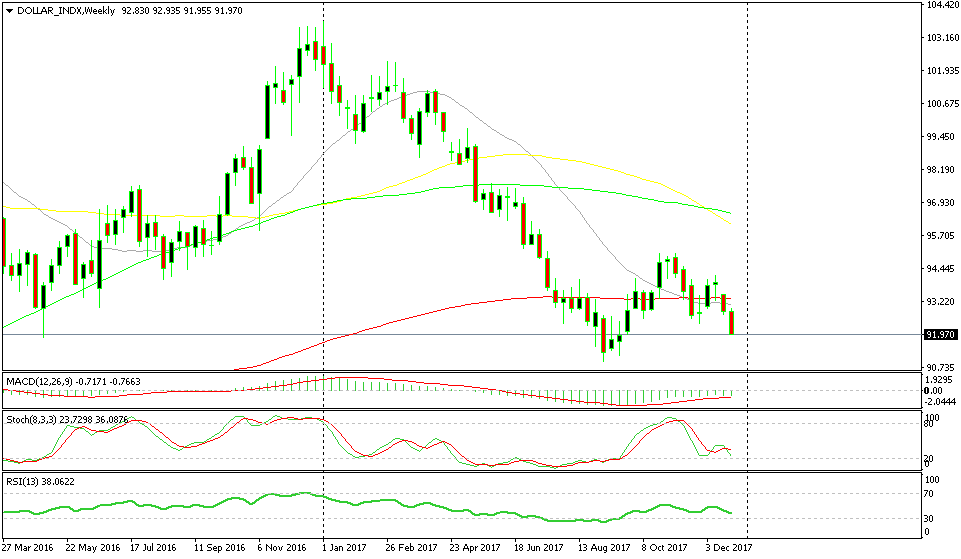 The USD index is closing the year near the lows

Cryptos Are Pausing Before the New Year

Cryptocurrencies have been around for nearly a decade since Bitcoin was conceived. They have been relatively stable in the past years, but this year was different. A gold rush began early this year and everyone wanted a piece of action.

So, they started surging and in the last few months everything got out of hand. Bitcoin started below $1,000 and almost reached $20,000, while other cryptocurrencies increased their value many times. Ethereum nearly reached $1,000. Having started from around $10, the increase accounts for around 10,000% or 100 times, which is huge.

Although, last week, we saw a sharp retrace lower in most major cryptocurrencies. Then, this week, we saw another retrace of the previous retrace, this time higher of course. That was quite violent as well; Bitocin gained about $6,000 in just a few trading sessions, until Tuesday morning.

Now it seems like the storm has passed and the waters calmed. Today, cryptocurrencies have been trading in a relatively tight range. Most of them are stuck in between moving averages, but we will post another update shortly explaining the chart setup, so hang around. 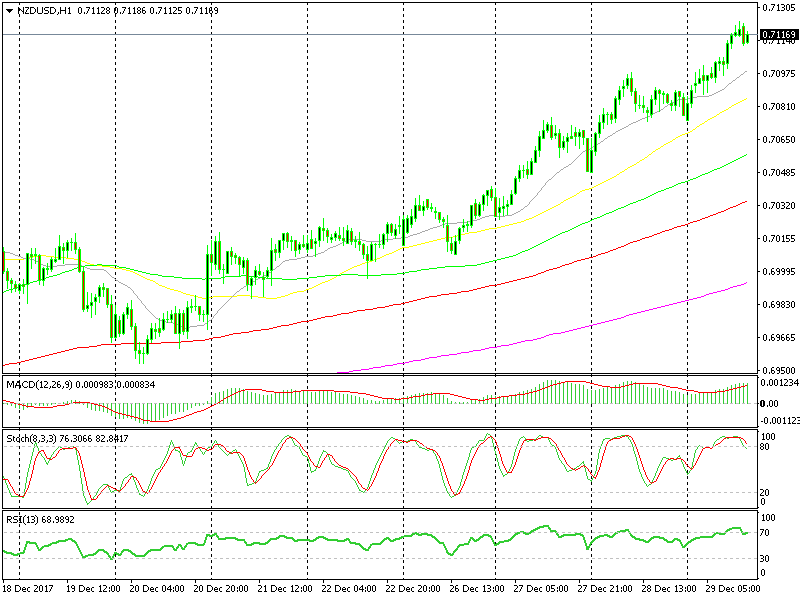 Waiting for a retrace lower to go long again

I’m looking again to open a buy forex signal in this pair. The chart setup is still the same as yesterday, with the uptrend getting even stronger. Although as you might know, I don’t like jumping on a trend at any level. So, I will wait for a retrace lower, probably to the 20 SMA (grey) or 50 SMA (yellow) on the H1 chart.

The cryptocurency market is somewhat more relaxed today, but the USD battering continues. The liquidity is extremely thin, which explains the price action, so don’t try to make a killing today. Next year is coming and there will be plenty of opportunities to make a killing then.