The US Dollar has been under pressure for quite a while. The pressure has slightly increased in the last few weeks. However, with the beginning of a new week, it looks as though its starting off on a better foot.

The USD buyers have put up a fight in the last several hours, and we’re seeing a turnaround in most of the major forex pairs. The EUR/USD is around 100 pips below the top, currently closing in on 1.21. Opening a long term sell forex signal would have been favourable in this case. That being said, the USD is not out of the woods just yet.

The GBP/USD has gone down as well,  but at the moment, our interest is in the AUD/USD. Seeing as we have a live buy signal on this forex pair, this sudden turnaround has definitely captured our attention. 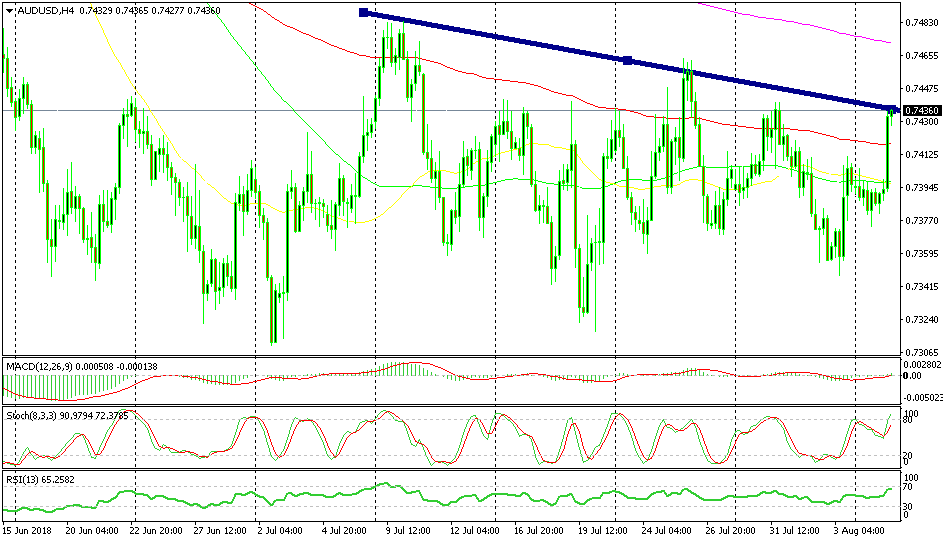 The 20 SMA has now been broken

As it can be seen on the forex chart above, this pair has followed a steady uptrend in the last couple of weeks. The 20 SMA (grey) has been providing support as well, and keeping the uptrend in place.

Now, however,  the 20 SMA has broken, and looks as though it has become resistant. On our defence, the stochastic indicator is reaching the oversold area, and with high hopes, this pair will climb once again as soon as the stochastic becomes oversold.

Last Friday we saw signs that a turnaround may follow this week. Commodity dollars lost about 15-20 pips in the  hour of trading before the market closed. Last night, com dolls were pushing higher when the market opened, so it looked like the uptrend was going to continue. Here’s hoping that this is it for now,  and that another turnaround for the better follows.