You Can’t Keep Ethereum Down Nowadays

Ethereum was a bit late to join the rally, but it has caught up now. Ethereum almost doubled in December as well, but it retraced lower by the end of the month.

But while most of the crypto market has traded sideways in January, Ethereum has continued its journey north. In fact, it has gained even more pace now. 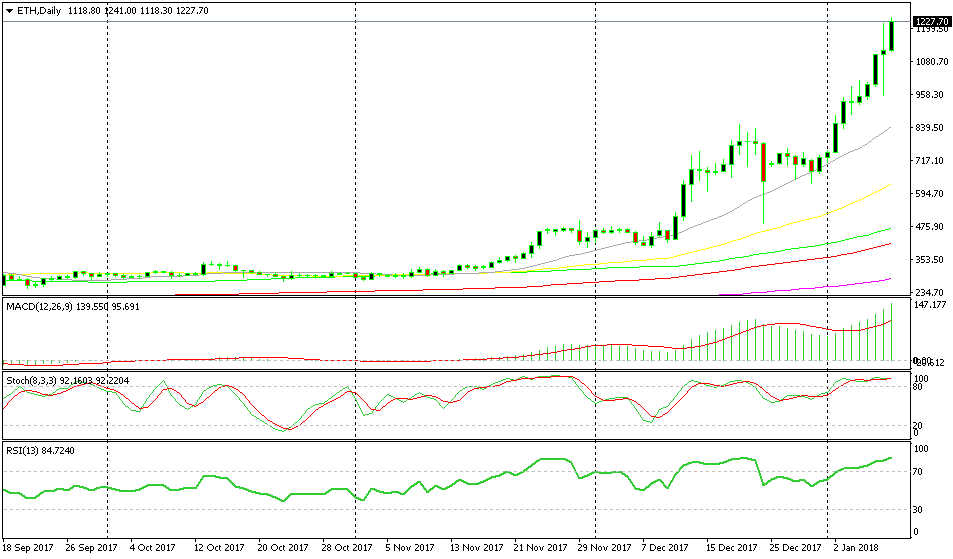 The 20 SMA has been solid support for Ethereum

As you can see on the daily Ethereum chart above, the price found support on the 20 SMA (grey) during late December. The price pierced it a few times, but the sellers weren’t able to hold Ethereum below that moving average.

That was the sign that the buyers were waiting for. If the sellers can’t push down past the 20 SMA, then the only way to go is up, isn’t it? That has been the mindset in Ethereum during January and we can see it from the daily chart.

Ethereum opened the year around the $700 area, but now it is above $1,200. The break of the $1,000 was another confirmation for buyers that the uptrend isn’t going to be over anytime soon.

Yesterday, Ethereum buyers went through another test as the price dipped below $1,000. It was a bit scary at first, but the buyers jumped back in. Today they are making new highs, so there’s no sign of stopping this uptrend. Again, the place to look for trades is around $1,000. So, if we see this digital currency dive down there gain, then we will try to get in on this rally. 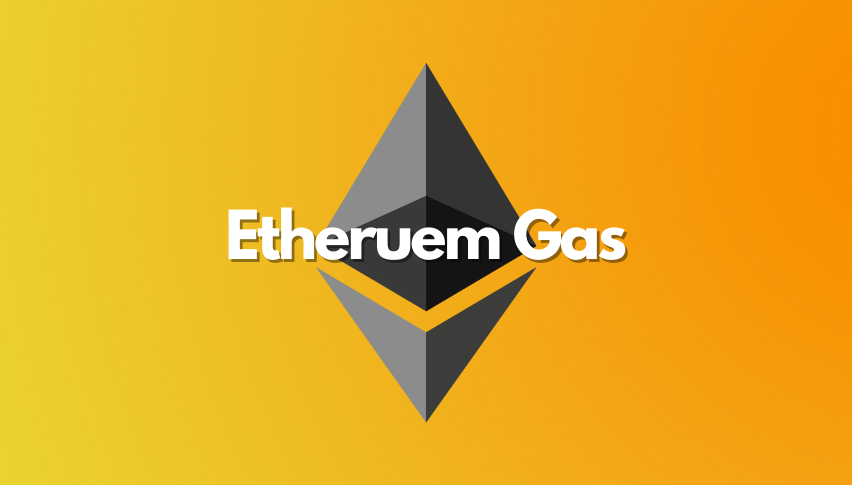 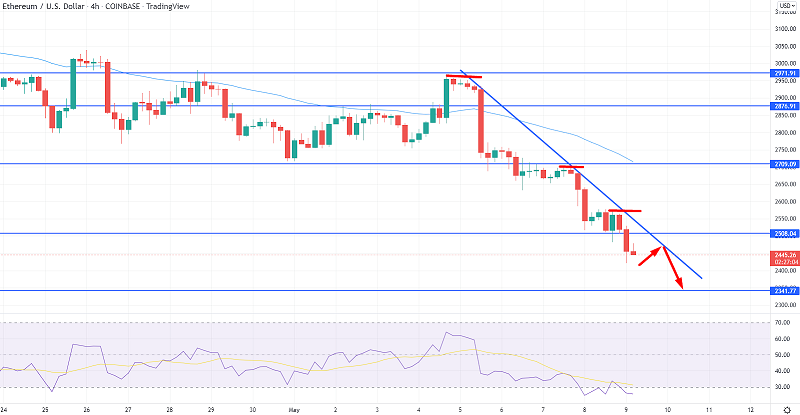