The US producer report (PPI) sparked a USD selloff yesterday. But, the consumer inflation (PPI) and retail sales reports today were positive and they are reversing the trend for USD.

The PPI report came out negative yesterday. It was a surprise to be honest; the prices of raw materials and commodities have been increasing recently, so those numbers yesterday didn’t make much sense. Not that USD sellers really cared about. They became active and the Buck is more than 200 pips lower today.

So, the market was expecting some negative numbers gain I suppose. The numbers were pretty positive to be honest. Core numbers are usually the most important ones since they strip out most of the noise. Both core numbers for retail sales and CPI reports beat expectations.

This took the yearly core inflation to 1.7% in the US. That’s closer to the 2% which is the target for the FED, so it is a positive factor rate hikes. 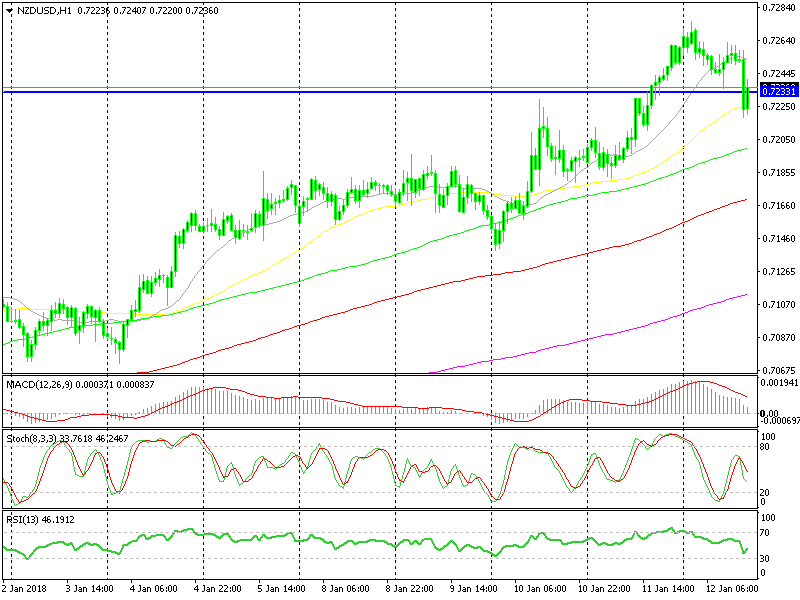 Our NZD/USD signal is back on track

This should have sent the USD surging, but it is not doing exactly that. After an initial jump, the Buck is retracing now. In fact, the Euro and the Pound didn’t even notice the impressive data from the US. The GBP is taking off at the moment, but that has to do with Brexit, which we will explain in the next forex update.

Forex Signals US Session Brief April 16 – Will the Negative Trend of the US Retail Sales Change Today? - FX Leaders

[…] that they will probably reassess the rate hike path for this year. So, a negative number today is likely to send the US Dollar tumbling. Retail sales haven’t been a major market mover recently, but they might be today if the numbers […]