GBP/USD has climbed more than 15 cents during last year. It came after a terrible previous year which was due to Brexit, but it has made its way up. Although, most of this came from the USD side.

Anyhow, GBP/USD kept climbing throughout last year and in September it reached the high at 1.3657. That has been the top so far since the Brexit referendum so that`s the target for buyers.

This pair climbed above 1.36 last week, but it couldn’t reach the target. Although, yesterday the US producer inflation report (PPI) was really disappointing. So, the Buck took a beating and GBP/USD surged. The surge is continuing today and we’re heading for 1.3650-60 as I speak. 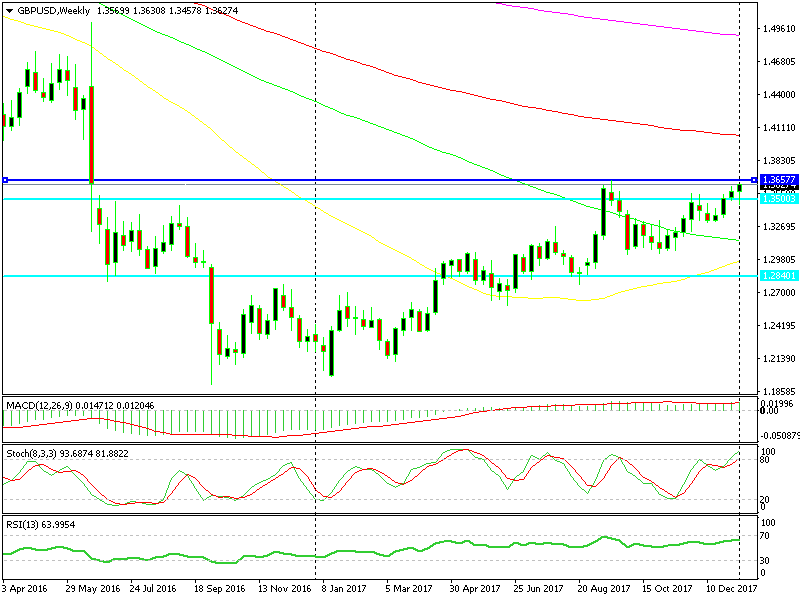 We’re about 40 pips lower now, but with the way things have been evolving recently, 40 pips doesn’t look like much.

So, should we try a short term or even a long term signal from that level if we get up there today?

I definitely want to try a short term signal, because I think that we will see a rejection initially. That would be a good opportunity to gram some pips. But, the US CPI (consumer price index) will be released shortly and that data might break any levels. His is much more important that the PPI report yesterday.

I also like the idea of a long term sell signal from up there. All timeframe charts are severely overbought in GBP/USD so a pullback is due, but let’s see the US CPI numbers first before making  decision.

Could The BOE Increase Interest Rates Again in February?
4 days ago