Earlier today, we highlighted the 50 SMA (yellow) on two different forex pairs. GBP/USD was heading lower on that moving average, while EUR/GBP was headed higher. Both of these pairs have now have bounced off of these moving averages. 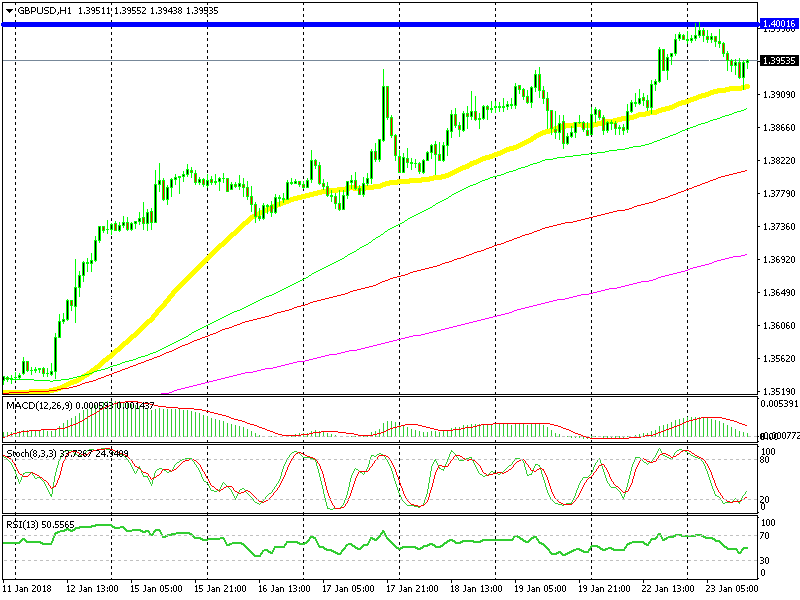 We can see that the 50 SMA is currently at 1.3915 in GBP/USD, which was the low for this pair today. It doesn’t come as a surprise that they have both made moves at the same time. The GBP is involved in both pairs, although in different positions, hence the move in different directions. 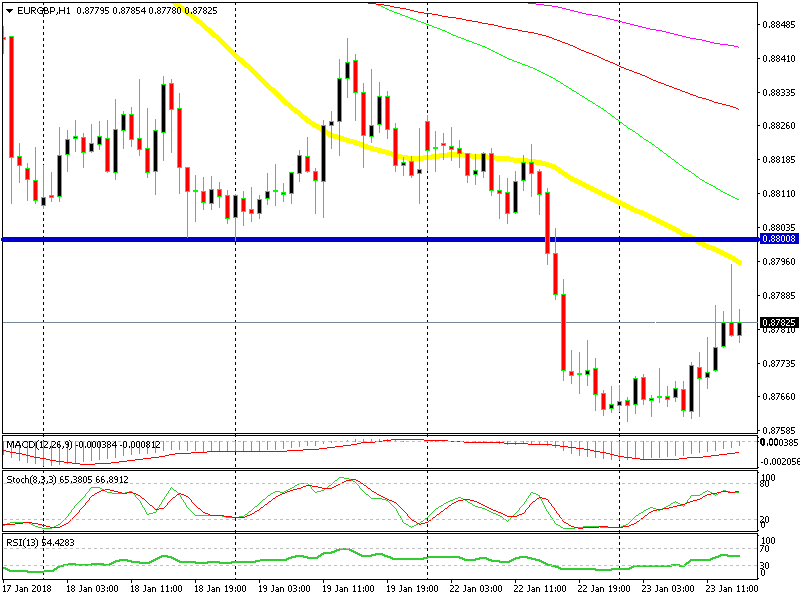 It’s the 50 SMA again, but reversing the price down this time

In EUR/GBP, we can find the 50 SMA stands at just a few pips below 0.88, with the price just touching that moving average before reversing lower. We didn’t manage to catch the price while it was at the top, however, we did open a sell forex signal at approximately 10 pips lower.

Until yesterday, the 0.88 level was support, however, being that it got broken, it has now become resistance.

We have many bearish signals for this pair.  The stochastic indicator is overbought on the hourly chart, meaning that the retrace higher is complete. Along with that, the previous hourly candlestick closed as an upside-down pin, which is a reversing signal. We have decided to go short on EUR/GBP- now let’s give it the time it needs.

Can the 50 Monthly SMA Hold As Support for Ethereum (ETH)?
3 weeks ago
Will Risk Sentiment Improve When China Reopens Fully From Covid Restrictions?
3 weeks ago