Forex Signals US Session Brief, January 25 – Draghi Up Soon While the USD Flails

The fall in the USD continues. The Buck lost considerable ground yesterday after some dovish comments from US officials and it stretched the downside further overnight. We are seeing some sparks of life today, but it seems foolish to be hopeful just yet.

For your amusement, I just heard that some guys broke in at the Ottawa Bitcoin exchange. I suppose they were trying to grab a handful of Bitcoins. Too bad Bitcoin doesn’t exist as hard currency. Regardless, they got caught, so they seem ti have been the smartest burglars around. 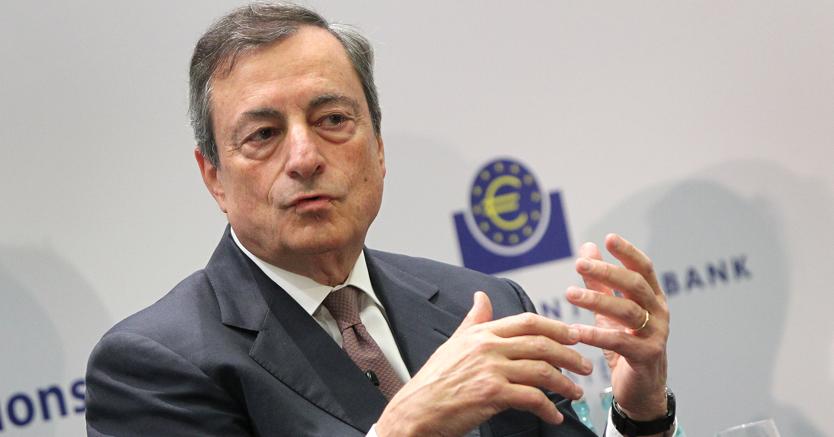 Digital currencies are on the slide again

The Buck Is Fighting for Its Life

Yesterday, Mnuchin said that a weak Dollar is great for the US. Of course it is, we all know that. A weak currency is great for exports and for the tourist industry. But, just last year, this administration was blaming others for weakening their currencies.

Remember when Donald Trump kept banging the drums during the presidential campaign, blaming China and Germany for manipulating the Yuan and the Euro? Now, his minions are doing exactly the same thing.

So, the USD has had a really tough period since Trump came to power. Yesterday was another terrible day for the Buck as it lost nearly two cents across the board thanks to Mnuchin.

Today we are seeing USD buyers put up a fight. I can’t say this is a reverse because the USD is only about 50 pips higher in some pairs. AUD/USD is 30 pips lower, but we’re at yesterday’s highs now and it doesn’t seem like it is going to break below. In fact, the chart setup looks pretty bullish. That’s why we opened a short-term buy signal in this pair.

The situation is similar in GBP/USD and EUR/USD. These two forex pairs are finding support at the 20 SMA, just like AUD/USD. Safe haven currencies, on the other hand, are not showing any sign of pulling back. They’re at the highs and look like they’re staying there, that’s why I’m doubtful that this is a real reverse.

The European Central Bank will have its monthly meeting shortly. They kept the interest rates unchanged at 0%, as expected. But, interest remains high regarding the statement and particularly Draghi’s press conference.

We all know that the Eurozone economy has improved considerably after nearly a decade of recession, stagnation and weak growth. The ECB has to acknowledge the improvement. This is good for the Euro, but not so great for EUR/USD sellers.

On the other hand, the ECB hates the idea of a strong Euro. EUR/USD is now at its best level in the last three years. Will Mario Draghi try to talk the Euro down once again? He is notorious for that, although he might have lost some of his mojo lately.

Draghi must deliver some dovish comments in order to reverse the trend in EUR/USD. Or, at the very least, put some pressure on the buyers, which might stop the uptrend. 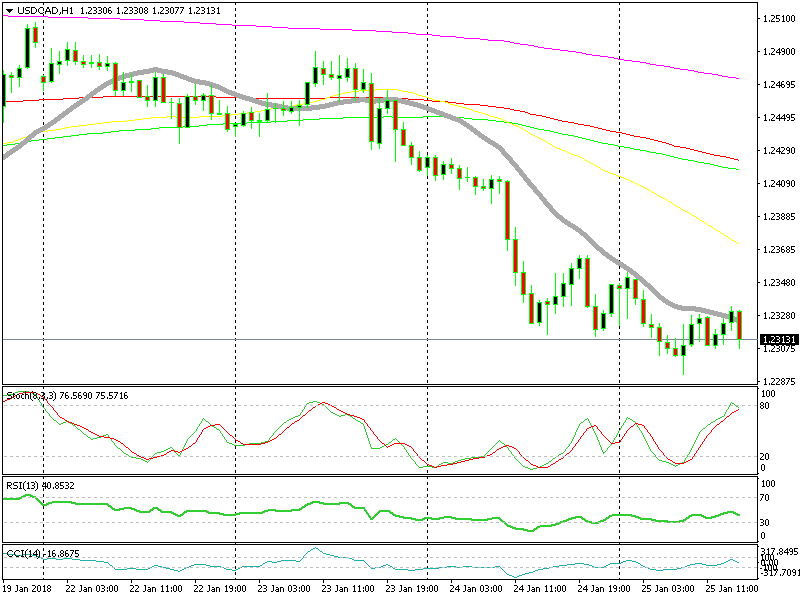 The downtrend is pretty strong in USD/CAD. Some of it has to do with the recent USD weakness, but most of it is coming from the climb in Oil prices. Today the price has retraced up on the hourly chart and now the 20 SMA is providing resistance. The retrace seems to be complete since stochastic is overbought, so we are going short on this pair.

Mario Draghi will be up soon, so I better put this forex brief up on the site. We already went short on USD/CAD based on the hourly chart. By the way, Donald Trump has just arrived in Davos, so let’s see what he has to say.