Getting Ready to Sell EUR/CHF - Forex News by FX Leaders

Getting Ready to Sell EUR/CHF

Earlier today I was getting ready to open a sell forex signal in EUR/CHF. The price broke above the 20 SMA (grey) and I was waiting to see the price touch the 50 SMA (yellow). It had provided resistance last week so it was likely to provide resistance again today.

But the price reversed without touching the 50 SMA and I lost the opportunity. You could argue that I should have sold this pair at the 30 SMA. But the buyers pushed above it, which made me reluctant. 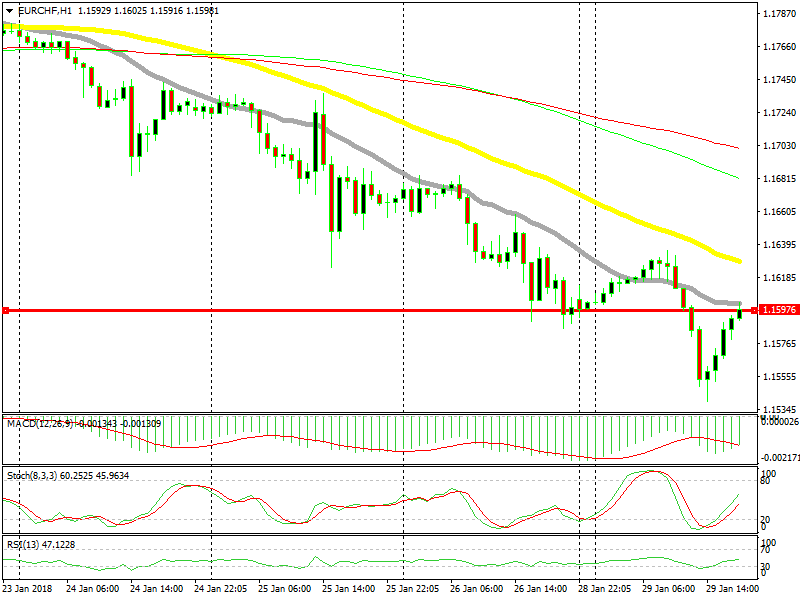 Apart from stochastic, all other indicators look bearish on the H4 EUR/CHF chart

Now, the price has retraced higher and we are back at the 20 SMA. Again, I am itching to sell but, there’s the risk that the buyers push above the 20 SMA and 50 SMA altogether. Well, that’s forex guys, full of dilemmas[ss1]  and tough decisions.

Anyway, I think this time we have to take this opportunity. The 20 SMA is providing resistance indeed and we are trading just below the 1.16 level, which was the low last week. So, it looks pretty bearish. We just opened that signal.