In the last few days, it looked like the USD was turning around, which might actually be the case. But, these major reversals take time and are not that straightforward, so our forex signals have had mixed results. Bitcoin, on the other hand, has been following the channel that we highlighted yesterday, so we decided to take a trade at the bottom of the channel. 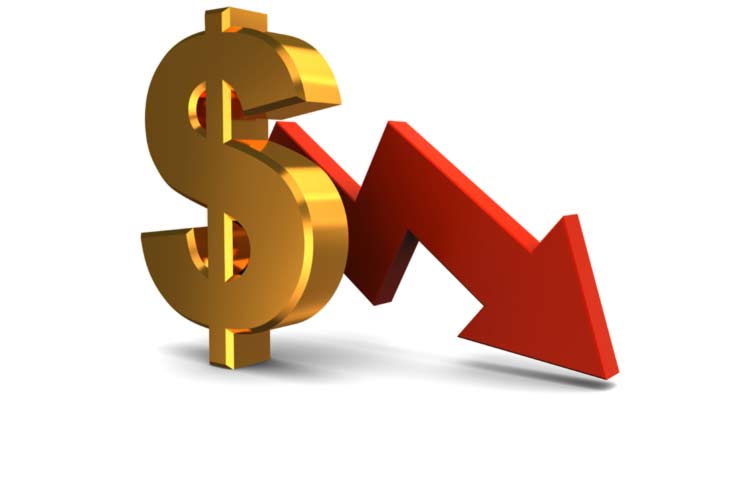 Up and down goes the Dollar

Big Reversals Are Difficult to Form

After trending down for a year and accelerating the decline over the last several weeks, the USD is starting to fight back. Most major pairs reached major levels, so a decent pullback is due, if not a reverse.

As we mentioned in the previous forex update, USD/JPY has reached the big support area around 108. EUR/USD broke above 1.25 and AUD/USD is playing with the 0.80 level, where we can find the 100 SMA on the monthly chart. This moving average is a strong resistance indicator for this pair.

Although, this morning we are seeing a reversal in USD pairs. The market is going against the Dollar once again, which isn’t a big surprise.

The buck started the day on the right foot and it progressed higher during the Tokyo trading session. However, the reverse has been pretty quick during the London session so far. The USD has been falling for so long that if it is to reverse, such a reversal will take its time.

The buyers are not confident yet. They will need some time and some more hawkish comments from the US in order to go in with some big bucks. Donald Trump said last week that the US needs a strong USD, but he will have to repeat it again for the market to take seriously.

Cryptocurrencies have been very volatile during December and most of January. But, they seem to have found their balance now. The volatility in the crypto market has decreased considerably over the last two weeks.

Spreads have become a bit narrower as well, though they remain pretty wide if we compare them with forex spreads. It is much easier to trade cryptocurrencies since they are respecting technical levels.

We highlighted an ascending channel in Bitcoin yesterday and it seems like Bitcoin traders are looking at the same thing. They have been respecting the channel; we know that the more traders look at a technical indicator, the more likely it is to work properly.

The channel is working. After touching the top of the channel on Monday morning, Bitcoin reversed lower and today the price reached the bottom line of the channel. The sellers have brought the price to this level several times today, but the buyers kept buying down here and reversing the price higher.

It seems like Bitcoin has formed a bottom between $10,000 and $11,000. We decided to open a long-term signal in Bitocin. We bought at the bottom of the channel and placed the stop loss (SL) below $9,000. The Bitcoin low so far has been $9,100 according to my cryptocurrency broker, therefore we have to place the SL below there. 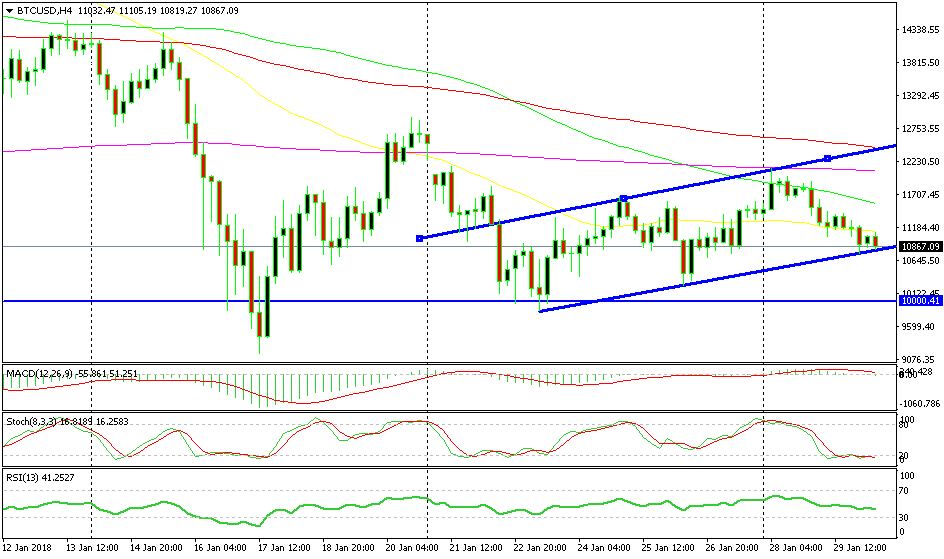 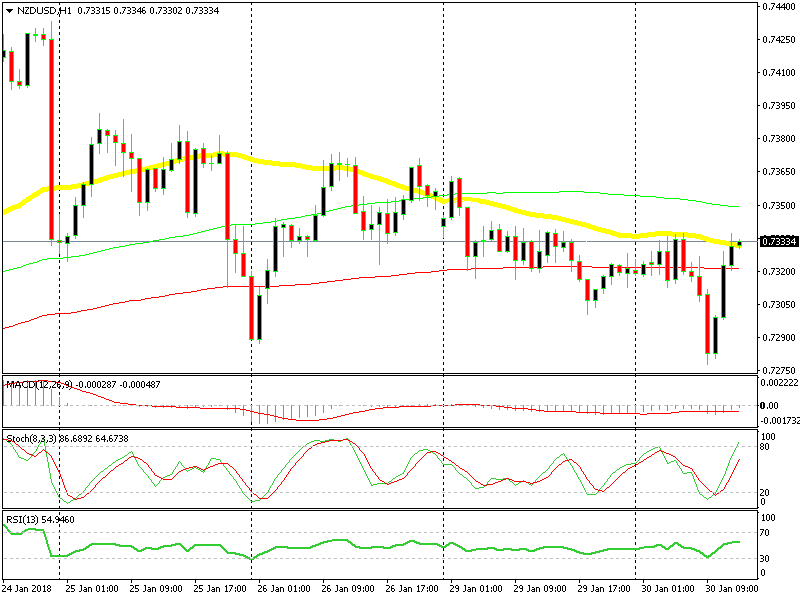 Two moving average are waiting to provide resistance at the top

NZD/USD has been the weakest currency among commodity dollars. It has formed a downtrend, while AUD/USD has remained unchanged. It tumbled about 60 pips this morning, reversed and is back up at the 50 SMA (yellow) which is providing resistance. We decided to open a sell signal in this pair, hoping that the 50 SMA will provide resistance again.

The market still looks uncertain today. The USD first gained a good amount of pips, but now it has given them all back. The market is waiting for the FED meeting and rate decision tomorrow, so the sentiment is running the show at the moment, and the bond yields.