GBPP/USD made a decent climb yesterday, trading below 1.40 in the morning, and close to 1.42 by the end of the day. It eventually broke this morning, reaching 1.4213.

Over the last few hours, this Forex pair has lost nearly 100 pips. There has been talk of the EU rejecting the proposal for a free trade deal on financial services by the City of London. The financial services sector has been a main concern for the UK since the Brexit referendum, and accounts for a large part of their economy.

London is trying to slip a deal past the EU. However, a free trade deal on financial services is the equivalent of having your cake and eating it, too. In other words, Brexiteers planned on getting everything from the EU, while giving nothing back.

The GBP has fallen on the rejection, which could have been easily predicted. If the EU had  accepted such a deal, they would have been discredited in the eyes of many. 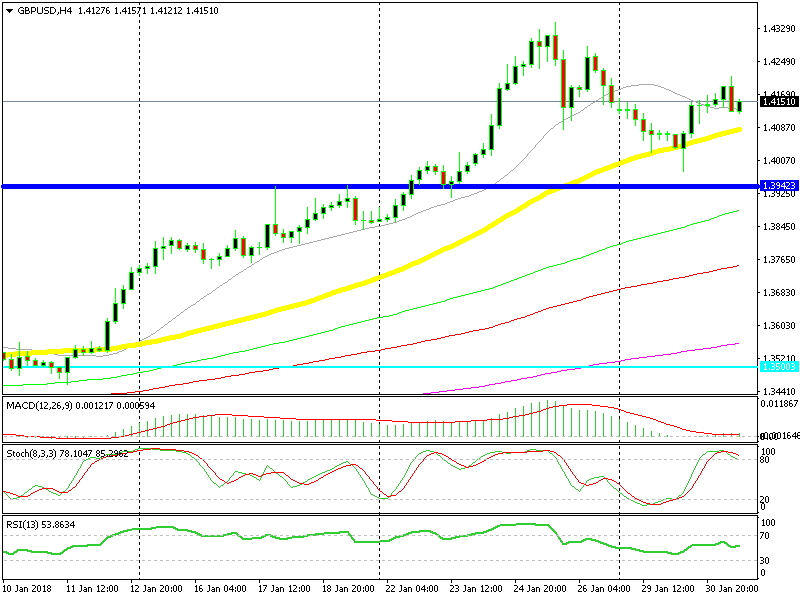 GBP/USD has declined nearly 100 pips, finding support at the 20 SMA (grey) on the H4 chart. This moving average has provided support during the uptrend of the past two weeks. Iit’s looking likely that it will do it again now.

This moving average comes at 1.4130. If you believe that a bounce is due, it is a good idea to make a buy Forex trade from this technical indicator. The stop loss, however, must be below the 50 SMA (yellow,).  It currently stands at 1.4080.