Getting Ready to Buy USD/JPY at the 109 Level

USD/JPY made a turnaround yesterday, surging over 100 pips. The lows have been getting higher since the beginning of the week, as the market was awaiting the FED meeting to make its move.

The FED meeting took place yesterday evening, and the market began jumping in on USD/JPY immediately following. Sellers had reached their target at 108 lows, which has been a long term support area. 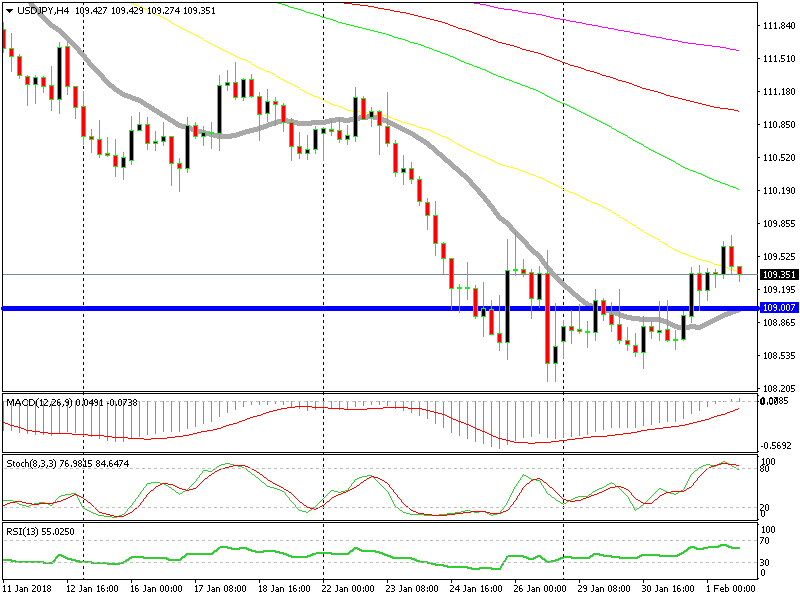 109 is currently the best place to look for longs, being that it is a big, round level, so traders are interested in it. The 20 SMA is waiting right there on the h4 chart. It had provided support during the move down, and should now become resistance.