Watch the GBP on the UK Services PMI Release

Today is services day in the economic calendar. Later in the afternoon, the US ISM non-manufacturing PMI will be released, while services for most of the major European economies were positive this morning, coming in above expectations.

But, the UK is going through some strange times since the Brexit referendum. While in Europe services are not that important since manufacturing is the main sector, in the UK, services are really important. They account for about a 4th-5th of the British economy. 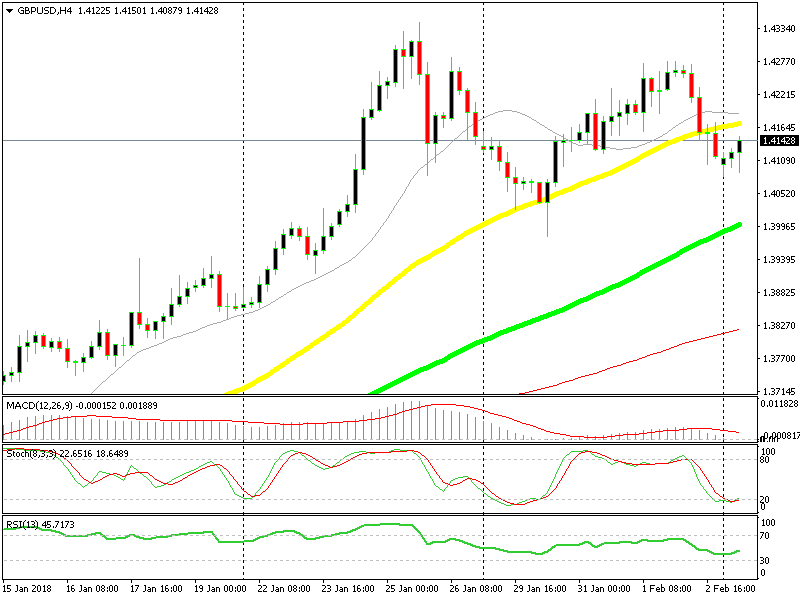 Last week we saw the UK construction PMI dive to 50.2 which means that this sector is just floating above the water. If the report is below 50 PMI points, this means that the industry is shrinking.

Perhaps last Friday’s construction report was a sign of today’s services report. If this report comes in below 53 PMI points, we will see its negative impact on the GBP. The first target for sellers would be the 100 SMA (green) on the H4 chart. It comes roughly at 1.40. Last week’s low comes at 1.3980, so the support area stretches until there.

If the number is positive, then it might improve market sentiment towards the UK economy. The first target would be the 50 SMA (yellow) at 1.4170. Above there comes 1.42 and last week’s high at 1.4270. If we reach that high, I will be persuaded to open a sell forex signal.

GBP/USD Enters Overbought Zone - Why 1.2500 Could Drive Sell-off
16 hours ago