Forex Signals US Session Brief, February 6 – A Run for Safe Haven in Forex, While Cryptocurrencies Make A Dead at Bounce - Forex News by FX Leaders

Forex Signals US Session Brief, February 6 – A Run for Safe Haven in Forex, While Cryptocurrencies Make A Dead at Bounce

Last night there were some events which sparked fear in some parts of financial markets. As a result, safe haven assets found some strong bids, which sent the CHF and JPY surging. Cyptocurrencies continue to extend the downside, but there’s still hope for the Buyers on the horizon. Check out further below to see what we mean by that.

Last night there was something strange going on in the financial markets. XIV which is an ETF betting against volatility closed at around $100 per share last night, but after the market closed it declined to just $4.That happened right before midnight central European time when the liquidity is the thinnest since the US markets are closed and the Tokyo session hasn’t started yet.

Credit Suisse owns a large part of the XIV shares valued at about $550. After the move, the value of the shares that Credit Suisse holds declined to around $5 million. Although, credit Suisse was let off pretty easy by the markets, as its shares only lost about 5%.

Nonetheless, the equity market received a shock from that. S&P lost about 1,000 pips in several hours and so did Dax. Nikkei was closed at that time but it opened with a 1,000 pip gap lower as well.

So, there were jitters in the financial markets late yesterday. When there’s something going wrong, safe haven currencies get all the attention and that’s what happened last night.

EUR/CHF fell around 100 pips in a few hours, although it is retracing higher now. This retrace has brought up a trade, which we took a while ago and will explain why in the trades section below. USD/JPY also lost some considerable ground; it fell from 110 to 108.40s. It fell to this big level again and it looks like this level is holding again. We will take a deeper look at this pair in the next forex updates though.

Cryptocurrencies continue their tumble today. They made a dead cat bounce last evening when Bitcoin jumped nearly $1,000, but as we have often seen recently, every bounce has been overwhelmed by sellers and the downtrend has resumed.

That’s what happened last night; cryptos bounced but the downtrend resumed and extended further. This morning, cryptocurrencies bounced again nearly $1,000, but this time the bounce happened at some major levels.

Bitcoin reached the 200 SMA on the same timeframe chart and it looks lit this moving average is holding. This might be the time that the sellers finally called it a day and the buyers get busy. I know we have said this a few times before, but these moving averages are very visible on the timeframe chart that most forex traders use, the daily chart. So, let’s see if the big reverse finally takes place today. 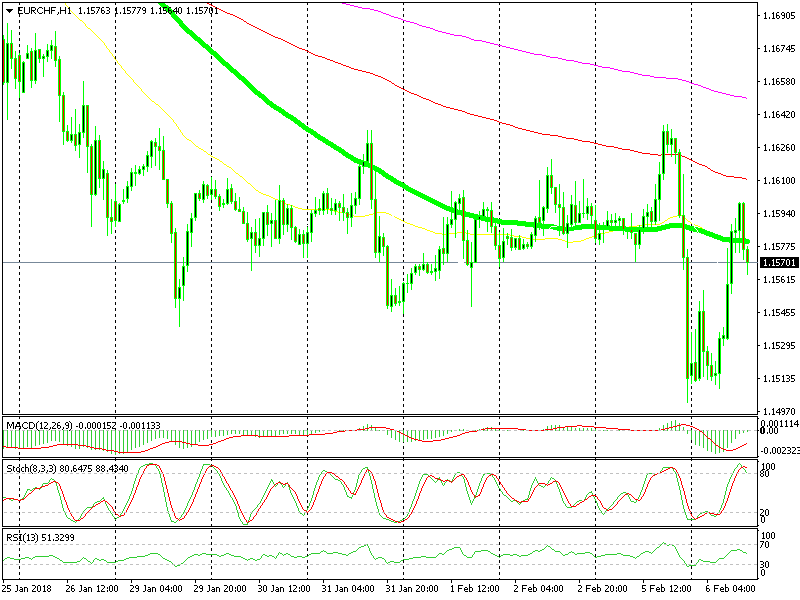 If the H4 candlestick closes as it is, then it will be another bearish signal

We opened a sell forex signal in EUR/CHF a while ago as this pair was retracing higher. The retrace was over on the H1 chart since the stochastic indicator reached overbought levels. Also, the 50 SMA (yellow) was providing resistance on the H4 chart when we were thinking of opening the signal, so we decided to pull the trigger.

The US Dollar seems to have attracted some bids today as it is pushing higher against all major currencies. So, the USD might be reversing after such a strong downtrend, after all. The equity markets are recovering from last night’s tumble, but the volatility is still high, so be careful when trading stocks and indices today.

The Crypto Market Is Up Today, but Will It Stay Bullish through the Weekend?
1 day ago 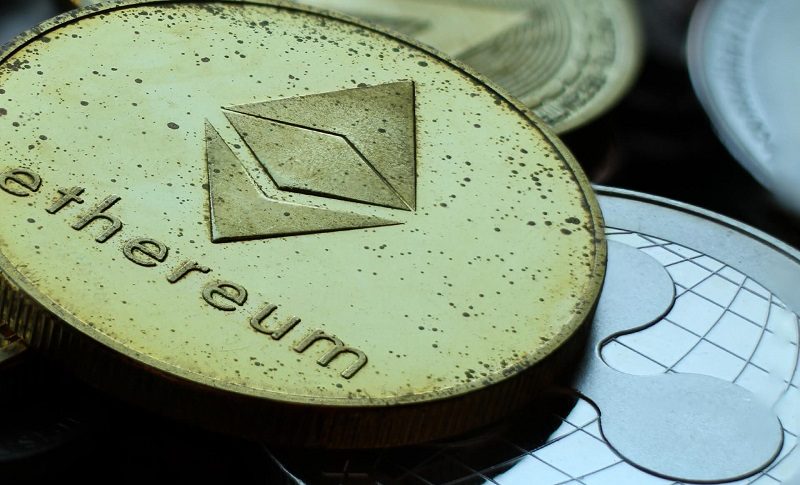