Watch USD/CAD Upon Release of the US Crude Oil Inventories

The US crude Oil inventories are to be published in about an hour. This is a US report, but it affects the Canadian Dollar more than the US Dollar. We know Canada has a considerable Oil industry. The Canadian economy is not as dependant on it as the Russian or Saudi economies, but Oil prices have a great impact on the CAD, nonetheless.

Commodity Dollars have been losing ground pretty fast in the last several days, while the CAD has been smashed. So, the Com Dolls are on a slippery slope.

I am hoping for a negative reading of the US Oil inventories. If that’s the case, the CAD is likely to climb higher for some time, which means that USD/CAD would move lower. 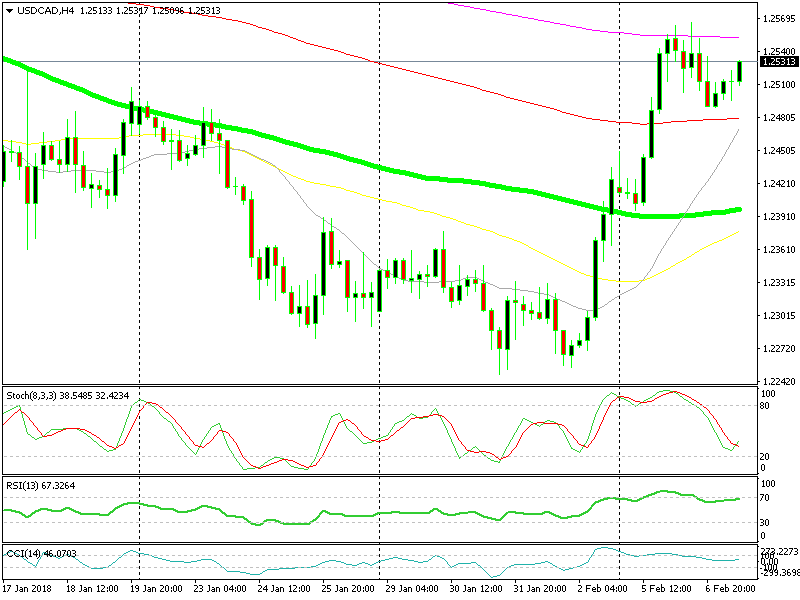 The red moving average looks like a good place to buy

The 100 SMA (red) stands at 1.2480 and the 20 SMA (grey) is catching up pretty fast. So, if this forex pair declines there, I would look to open a buy signal. The H4 chart is almost oversold and it is now turning up, which means that the uptrend is continuing.

You might as well argue why not the other moving average, the green one which is standing at 1.24. That’s a bit too far, to be honest, and this report does not move the market that much usually, unless it is really horrible. So, 1.2480 is a good place to look for longs.