Here is another live forex signal from today – we went long on the USD/JPY as this pair retraced lower and reached the 100 SMA on the H1 chart. We based our trade however on the H4 chart, so let’s see how this timeframe chart looks.

The USD/JPY is not making new lows it is actually making higher lows, which is a sign that the downtrend has come to an end. 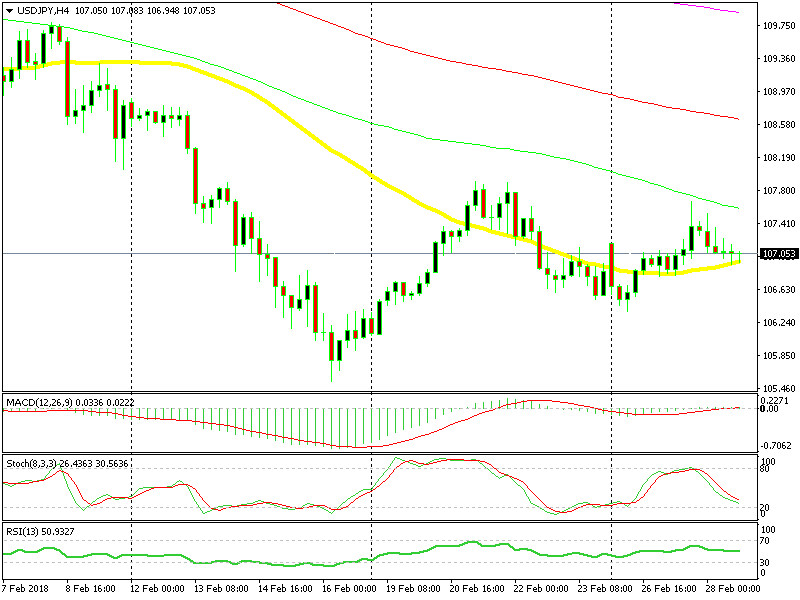 The strongest indicator is the 50 SMA (yellow). This moving average acted as support back in January and now acting as a resistance. We thought going long with this moving average would be a safe trade as it’s been containing sellers all day today.

The previous H4 candlestick formed a Doji, working more or less like the stochastic. It indicates when a forex pair is about to reverse, which the USD/JPY looks like it will do. We took that trade based on this chart setup. Let’s give it time.