Powell Not So Hawkish

The JPY is receiving strong bids while the US Dollar is losing some more ground at the moment. The first wave of selling came right after Powell’s testimony. There were some remarks there about employment, which didn’t sound as hawkish as the market was probably expecting.

The Buck lost about 40 pips after the testimony, but it reversed and made up for the losses. So, I naturally thought that the uptrend of the last several days was back to normal. But that wasn’t the case. The USD reversed again lower and it is continuing to do so.

EUR/USD has reached 1.2270 from 1.2150s, so it has climbed more than 100 pips. The Yen is also much better as USD/JPY finds itself 100 pips lower from the top. Although, this has more to do with Trump’s comments in Twitter. Trump tweeted earlier on that he will impose a 25% tariff on steel and a 10% tariff on aluminium.

That has scared some countries and obviously the markets. The trade war is on, so the Yen is getting some strong bids from the uncertainty in the markets. If the war with tariffs goes on, then the big support level at 105.00-50 might go fairly easily as well. The EU and Canada have jumped off their chairs already, so we’ll see how it goes.

One thing is sure: Trump will never fail to ruin the forex market and our trades. 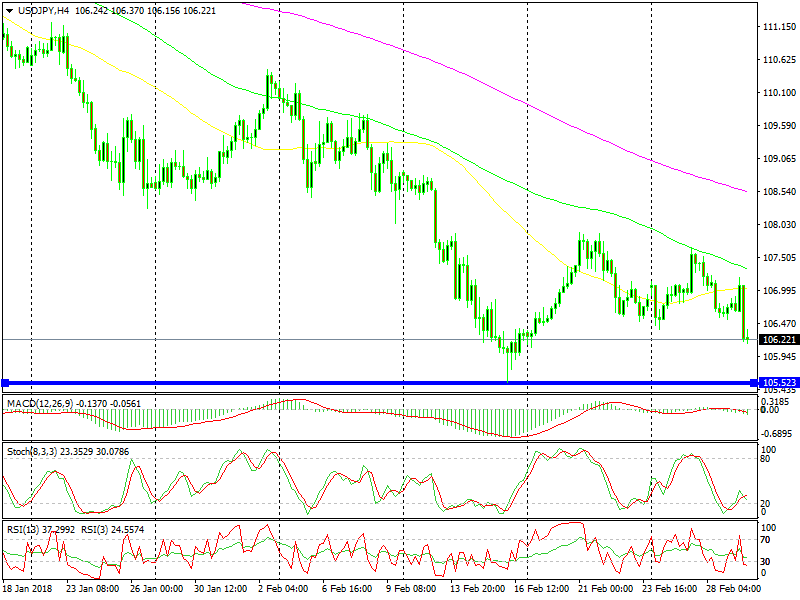