Yesterday was a bad day for the US Dollar and cryptocurrencies. The Buck had a tough time as the market sentiment improved while cryptocurrencies were sold off after Ripple was refused to list on a stock exchange. Today though, the sign shows that the situation might be reversing, although not right now. So, let’s have a look if the market is to reverse soon. 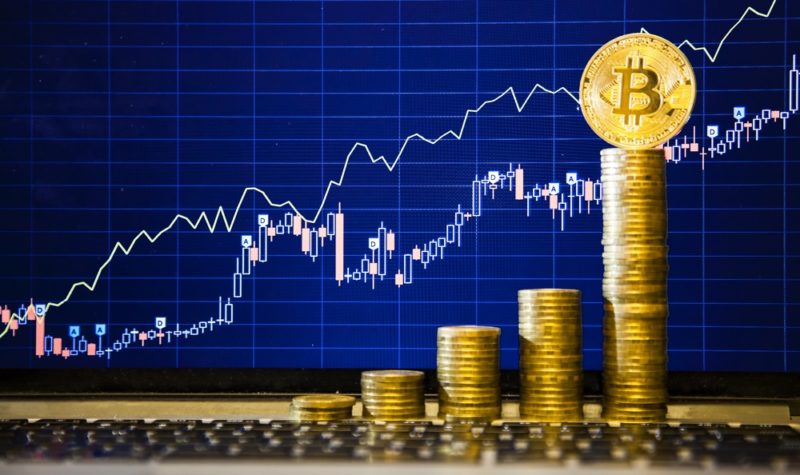 USD Trying to Get Its Act Together

The US Dollar tried to make a comeback in the second week of February. EUR/USD reversed at 1.2550s by the middle of last month and it lost more than 400 pips until the end of the month. But, March hasn’t exactly been the month of the USD so far.

In the last five working days this forex pair has climbed around 300 pips. So, all the hard work that the sellers did last month is almost undone in only a few days.

As we mentioned yesterday, the reasons for the latest USD dumping during this time came from the US and from North Korea. Donald Trump is pushing for tariffs on US Steel and Aluminium imports while North Korea is playing the nice guy all of a sudden.

But, the market is also wary of the current levels in the USD. EUR/USD is trading near 1.25 which has been a major resistance area. So, USD sellers are reconsidering their plans now. USD/JPY is at a strong support level as well. The 105.50 level was breached last week, but today it is holding well. So, it seems like the USD buyers are trying to take control, but it remains to be seen if they will be able to.

Cryptocurrencies Turned Bearish Yesterday but There’s No Follow Through Today

Bitcoin lost nearly $1,000 yesterday, so the daily candlestick looks pretty bearish. The whole chart setup looked bearish in fact. Stochastic was overbought and it turned down and the resistance at $11,600-700 rejected the price for the second time. It all started after Coinbase denied rumours to list Ripple coin (XRP) on the exchange.

So, according to that chart setup, today cryptocurrencies should have continued lower again. But the sellers look pretty weak today. Bitcoin sellers pushed to $10,360 earlier today but the buyers are pushing back up.

Below we have the 50 SMA (yellow) and below that moving average is the $10,000 level. So, there is protection for buyers further down. But the price action is showing us that Bitcoin wants to turn up. The daily candlestick looks like a doji which is a reversing signal, although there’s plenty of time until the day closes. 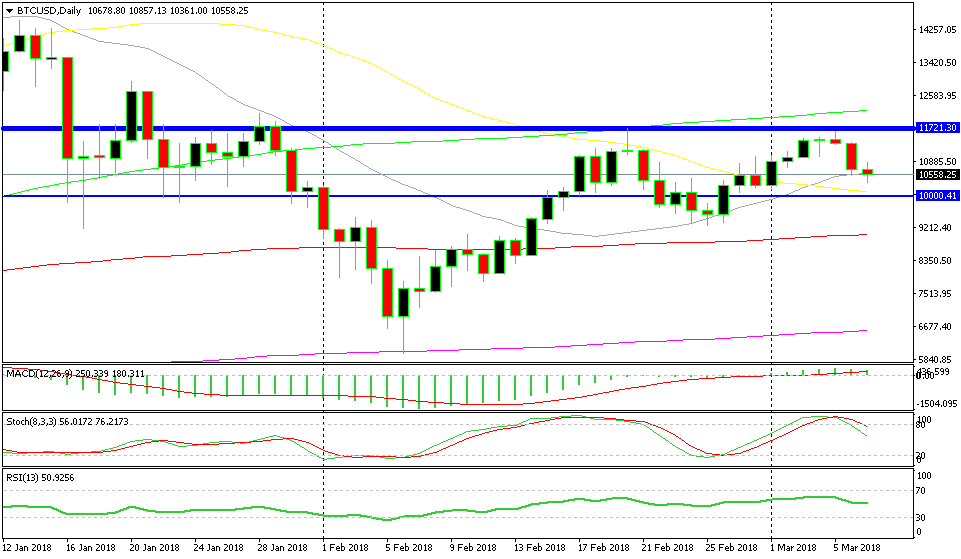 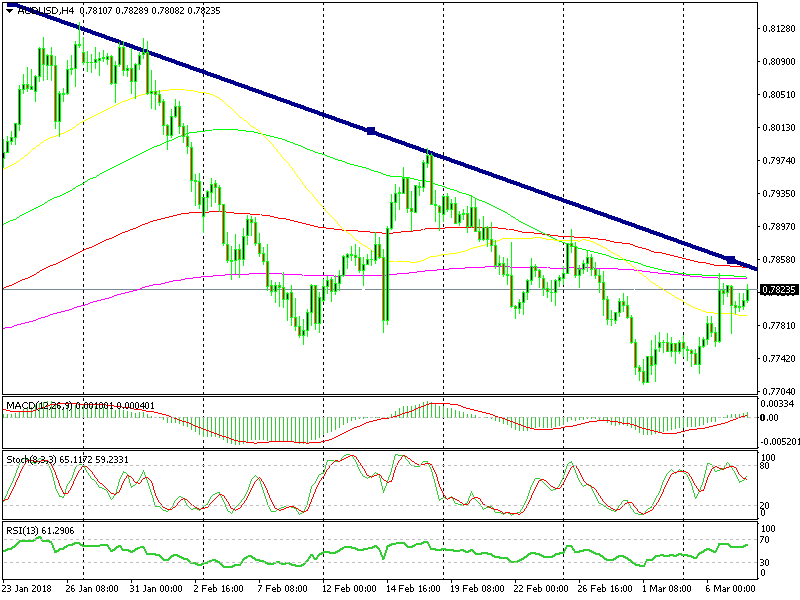 The moving averages above go in our favour

A few hours ago we went short on AUD/USD. The price action was showing weakness on this pair so we decided to open a sell forex signal. The trend line is also catching up with the price. When that happens, the next leg of the downtrend is supposed to resume. We also have a long term sell signal here, so we ae bearish on this pair.

In a short while the Bank of Canada (BOC) will hold its meeting, so I expect some volatility in CAD pairs. The US crude Oil inventories will be released at the same time as well, so it’s going to be messy for the CAD, be careful if you are trading USD/CAD.