Mixed Feeling for the USD after A Mixed Jobs Report

The forex market was remaining on the sidelines in the last few hours waiting for the US employment report. As we know now, new jobs and the unemployment rate are important, but the focus is particularly on the wages.

Today, the jobs jumped more than 100k higher from what was expected. The previous month was revised about 40k higher as well, so that’s a really good reading. Although, the unemployment didn’t fall to 4.0% from 4.1% as expected. 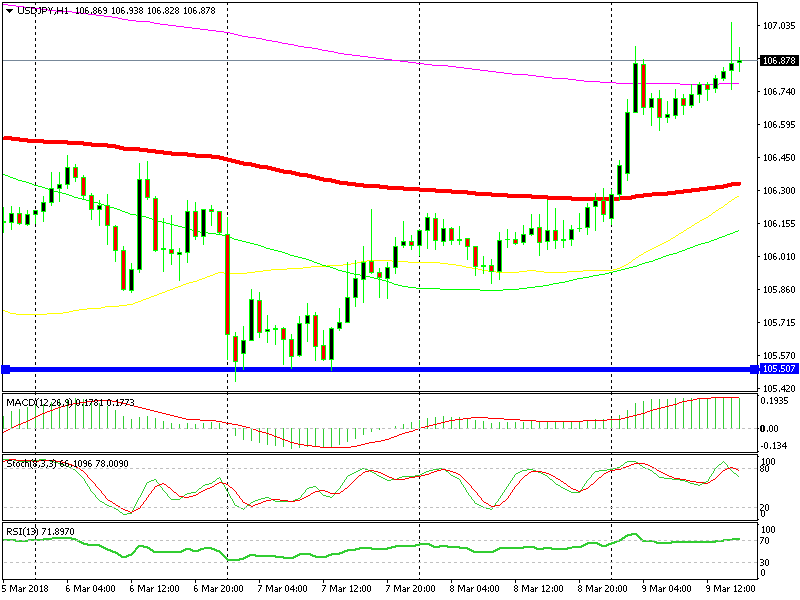 USD/JPY is back where it was before the release, but the trend looks like it might be changing

But that didn’t hurt the Buck: The USD jumped higher after the release, but the wages numbers turned the USD around and they’re weighing on it. Wages were expected at 0.2% this month, down from 0.3% previously. But, they came at 0.1% and the market is not liking this number.

The yearly number came lower as well at 2.6%, two ticks lower form 2.8% expected. This has been the story for the US employment sector so far, more jobs but no follow up from wages. The market is a bit confused now, but I still see some more upside pressure for the Buck. The wages were still positive and the other numbers were great, so once the market figures this out, I see some more upside action for the USD.