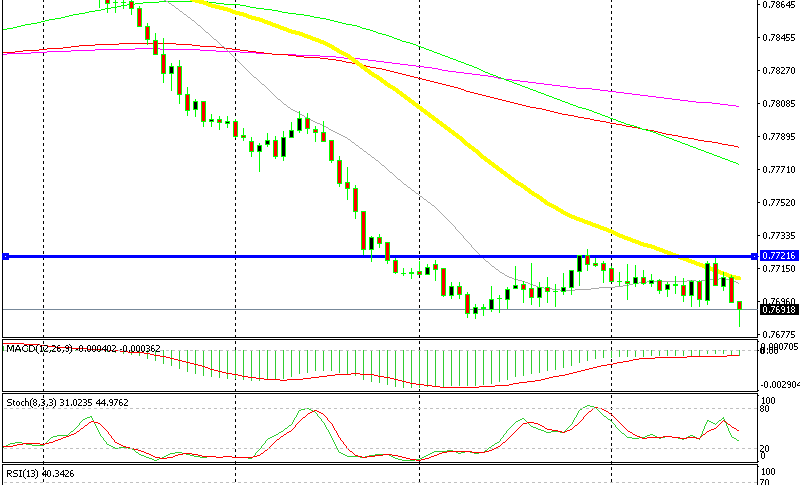 Yesterday we opened a sell forex signal in AUD/USD. This pair entered a steep downtrend last week and it lost around 240 pips from top to bottom during the second half of the week. Yesterday though, market sentiment improved. Safe haven assets lost considerable ground while risk currencies moved higher.

The biggest winners were the GBP and the Euro since they are immediately related to the events that improved the sentiment. The commodity Dollars turned bullish, but the gains were relatively small.

So, we decided to go short on this forex pair. Buyers didn’t look strong enough and we sold AUD/USD at 0.7710. That area has turned into resistance now since price has reversed down three times in the last two days. 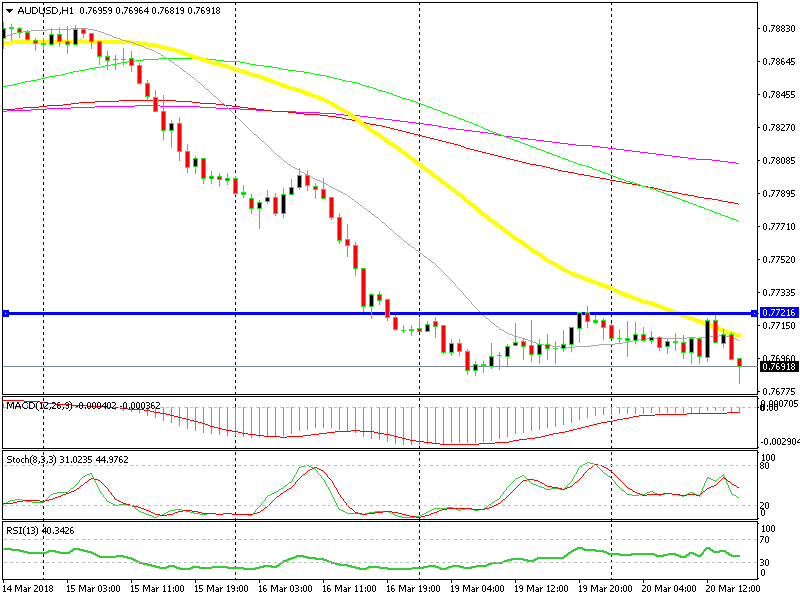 The 50 SMA (yellow) has been a factor today in the latest rejection at 0.7710. It has been support and resistance before but the price ran away from it last week as the decline gained pace. Today this moving average caught up with the price and is sending it lower again.

The stochastic indicator is almost overbought, which means that the retrace up is almost complete. Now this pair is sliding lower, albeit very slowly. GBP/USD and EUR/USD have lost some considerable ground, while commodity Dollars look sort of lazy. Well, let’s hope that the downtrend picks up pace as well; AUD/USD is moving in the right direction already.