If you remember, we have opened two buy forex signals in EUR/CHF in the last few trading days. This pair has been on a strong uptrend during the first week of this month. But last week, EUR/CHF traded in a tight range.

We opened two forex signal during this time. We bought this pair at the 50 SMA and caught some nice pips as it moved higher. Now, the price is back at this moving average. EUR/CHF has lost around 40-50 pips today as EUR/USD gives back all of yesterday’s gains. 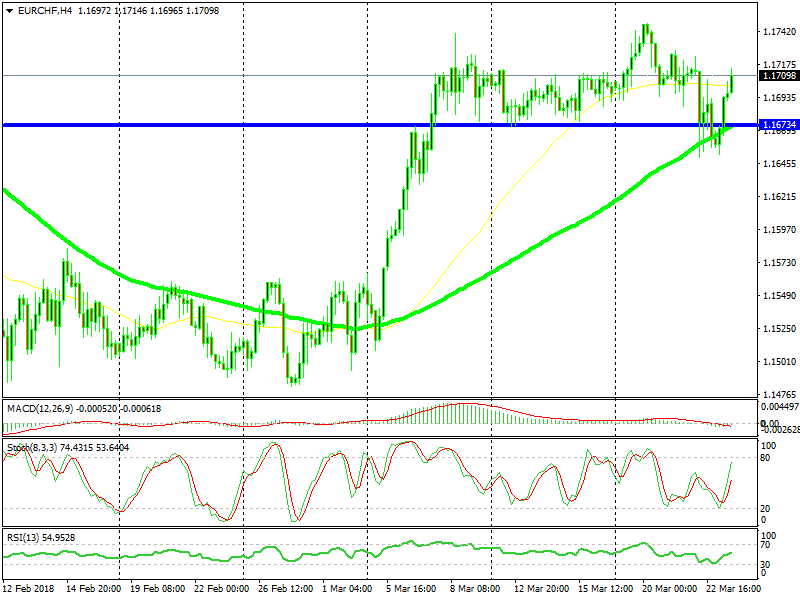 The stochastic indicator is not oversold yet, which would mean that the retrace is complete. But the hourly chart is severely oversold. So, the retrace is more than complete on the hourly chart.  I don’t expect much action now since the US session is drawing to  close, so by tomorrow morning the stochastic would have reached the bottom of the table and the H4 chart will be oversold.

Litecoin Crypto Facing Strong Support Indicators - Will LTC Reverse at $140 or $100?
1 month ago