Bitcoin has had a tough couple of weeks. As I’ve mentioned previously we’ve recently seen:

However, we have finally had some good news. At the G20 there was a statement released on their thoughts on Bitcoin.

“We acknowledge that technological innovation, including that underlying crypto-assets, has the potential to improve the efficiency and inclusiveness of the financial system and the economy more broadly,” the statement said.

This was a positive for the digital currency and investors took that to mean that there might not be any more regulation. At least for now.

We are now testing 9,000 which marks a really nice rally off the lows of around 7,500. From this point onwards we are again faced with the dilemma of trying to break the 10,000 level.

I’m really not that confident at the moment as the sentiment has started changing. I would even be tempted to be shorting if 10,000 once again fails.

There has been limited interest at these higher levels all year and that doesn’t bode well for any kind of rally. In fact, it might be a case of longer-term investors looking to cash out each time we push into the highs. 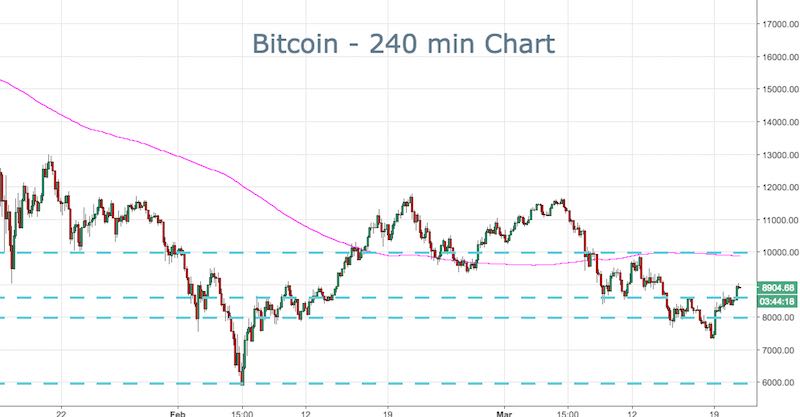