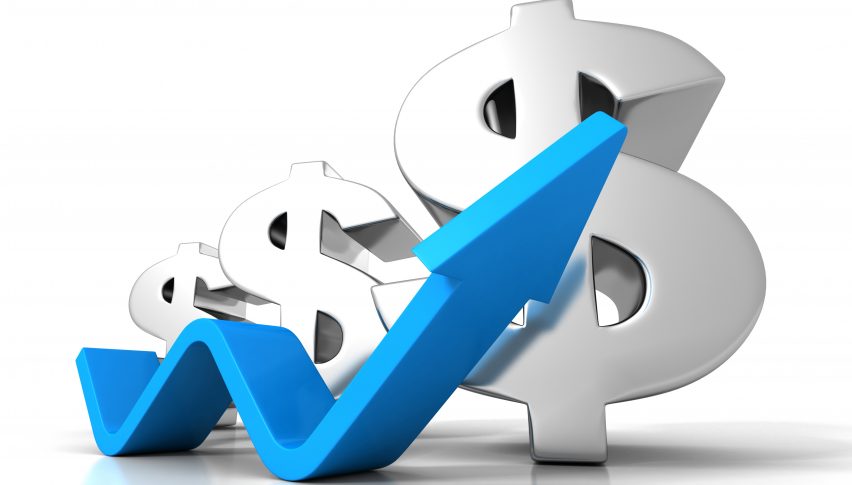 The US Dollar has recovered pretty well in the last few days after the sudden crash on Monday. That move on Monday didn’t make much sense, so the reverse seems natural. Today, it looks like the USD wants to continue the uptrend and the fundamentals agree with that scenario. Cryptocurrencies, on the other hand, can’t get their act together as the downtrend stretched further. 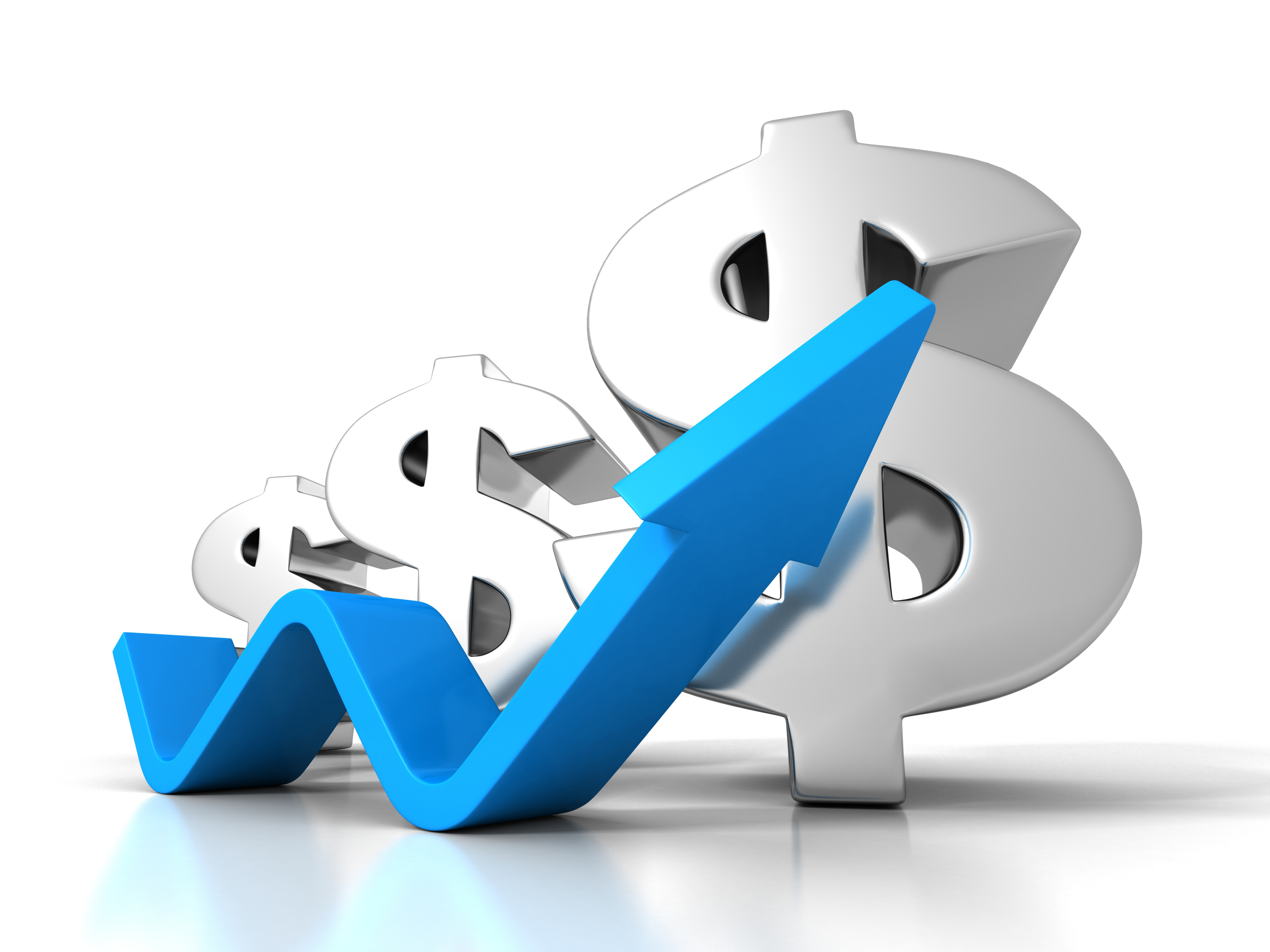 The Dollar is on the roll again

The USD Feels Much Better Today

This morning, the Philly FED Chairman Harker made some hawkish comments for the USD. He said that inflation looks steady now with a bias on the upside. Because of this, he reasons that there will be three more interest rate hikes this year, so four in total. The market was pricing in two more hikes this year, so this comment comes as a surprise. As we mentioned in one of the previous forex updates, Harker is not a voting member this year but he does speak at the FED meetings, so his comments matter.

Later on, the US employment and inflation figures were released and they reinforced the idea that inflation is slowly improving. The Y/Y core price index picked up by 0.1%, posting 1.6%. The PCE deflator that the FED also likes to take into consideration when assessing inflation, also rose to 1.8% against 1.7% expected.

The unemployment claims were also published together with inflation and they fell by 15k. It was a good round of data for the USD and Harker’s words also sounded hawkish for the USD. So, the situation is improving for the US dollar.

Although, it needs something more to really get the train going. EUR/USD has been reversing down every time it has reached the 1.24-25 are, so the USD want to turn bullish and EUR/USD bearish. But the sellers keep giving up around the 1. 22 level. So, I think they need a nod from someone to push the price lower and reverse the bigger trend.

Cryptocurrencies Fail to Turn Around

It seemed like cryptocurrencies were trying to turn around yesterday after trending down for more than a week. Bitcoin moved around $400 higher in the morning, but the resistance area at $8,100 discouraged the buyers.

Cryptocurrencies reversed lower and most of major altcoins closed the day with a daily candlestick which points to a bearish continuation. Yesterday’s candlestick has a long upper wick/shadow which means that the buyers tried to push higher, but the sellers overwhelmed them, sending the price back down, thus, remaining in control.

Today it has been a total bearish day for cryptocurrencies. Bitcoin lost about $500 early in the morning and it has been trading at the lows since then. Litecoin has continued to make new lows as the day progresses, so it looks even more dovish.

Looking at the weekly Litecoin chart, the next target for sellers is the $100-105 level. That’s a big round number and the 50 SMA (yellow) is approaching that area. So, it will add extra strength to that level. Besides, it provided support earlier this year.

Below we have the previous support at $90. This place provided resistance on the way up. Now, that resistance level is supposed to turn into support. 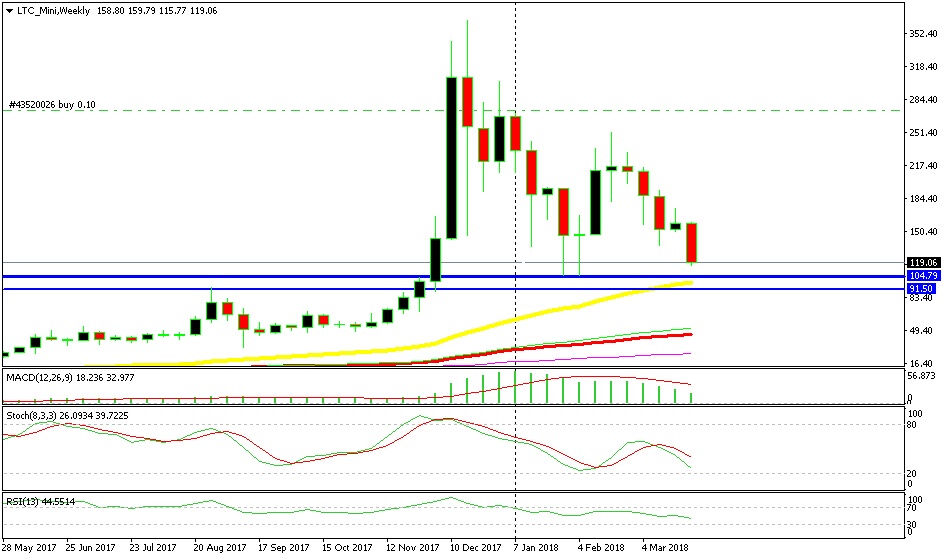 These are the next two targets for Litecoin 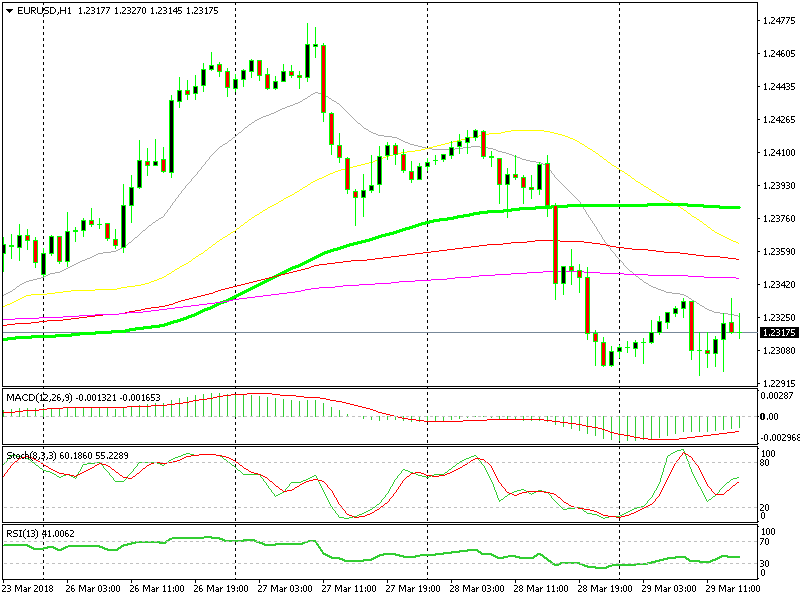 On Tuesday this forex pair turned bearish and yesterday the bearish trend stretched further. Right now EUR/USD is retracing higher, but the 20 SMA is providing resistance. The stochastic indicator will soon be overbought, although selling at the other two moving averages on top would be safer. If the buyers can’t push up there soon, then we might open a sell forex signal here at the 20 SMA.

Tomorrow, the western world will be on Easter holiday so most markets will be closed. Today is the last trading day of the week for many forex traders, therefore they will try to adjust their positions before the weekend. There’s not much on the economic calendar either, so I expect some scattered price action until the evening.

If the 20 SMA Holds for Bitcoin BTC and Litecoin LTC, Then This Might Be the Beginning of the Reversal for Cryptocurrencies
3 days ago