Cryptocurrencies haven’t been able to get their act together in the last few months as they continue to stretch the downtrend. But, the situation might be changing now as they try to reverse higher. The USD bulls are also trying to get things going, but there’s a fight going on at the moment with the bears, so the jury is still out. 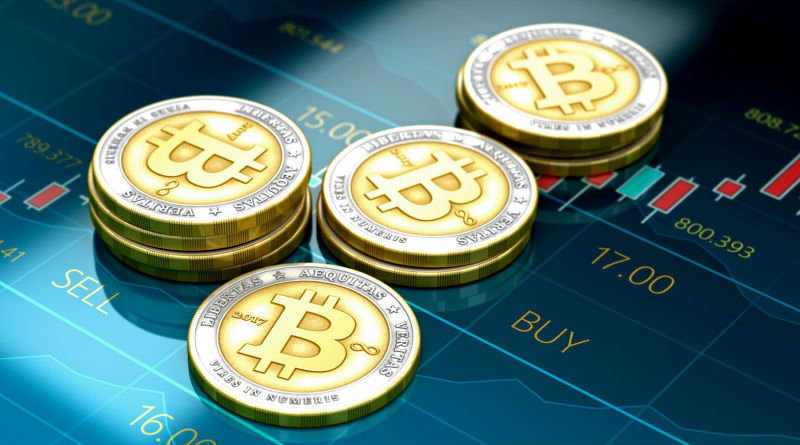 The USD Makes Its Move

The US Dollar has been trading in a range for the last several days. The market made some strange moves early last week ahead of the US GDP. But the Easter holidays have calmed the forex market and most major pairs have been hanging around in tight ranges.

Today though, the market is beginning to make some moves. The USD lost some ground in the early hours of the European session, but has returned strongly and it is making some decent gains now.

We posted a forex update about EUR/USD earlier on today. This forex pair was moving up but it had reached the top of the range. So, we decided to go short on this pair and it proved to be a good decision. EUR/USD reversed down and reached the bottom of the range pretty soon, so we pocketed our profit on that trade.

The same price action we saw in GBP/USD. This pair reversed from the highs and it is now 60 pips lower. USD/JPY has been climbing since last evening while commodity Dollars are reversing lower as well. From this sort of price action we can say that the US Dollar is gaining momentum. Although, EUR/USD and GBP/USD should break below the bottom of the range.

Cryptocurrencies have been trading on a downtrend since late December last year. There have been times when I thought that the trend was reversing, but the sellers have returned time after time and have taken altcoins lower.

Last week the downtrend picked up pace in cryptocurrencies. But, the 200 SMA held the ground on the daily chart for Bitcoin and Litecoin on the daily chart. It provided strong support and it seems like the sellers have given up now.

Cryptocurrencies started reversing yesterday and now they have moved above the 20 SMA (grey) on the H4 chart. As you can see from the Bitcoin chart below, this moving average has been providing resistance last week. This is the smallest moving average that we use and when it provides resistance it means that the downtrend is strong.

If Bitcoin moves above the 50 SMA on the H4 chart, then that would increase the confidence for buyers and the reverse will take form properly. The daily chart is looking increasingly bullish, so I think that this is the time when cryptos make a decent pullback higher. 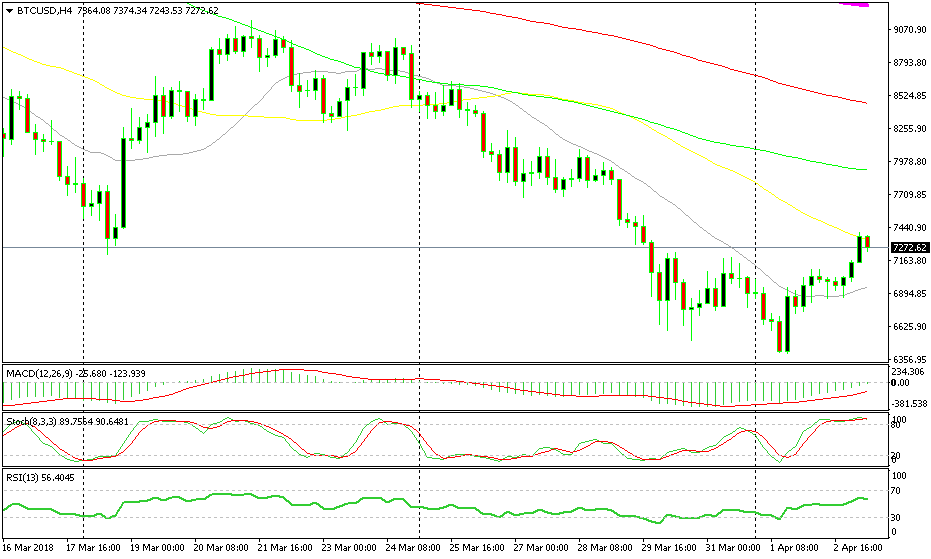 The 20 SMA has turned into support, now it’s the turn for the 50 SMA to give way 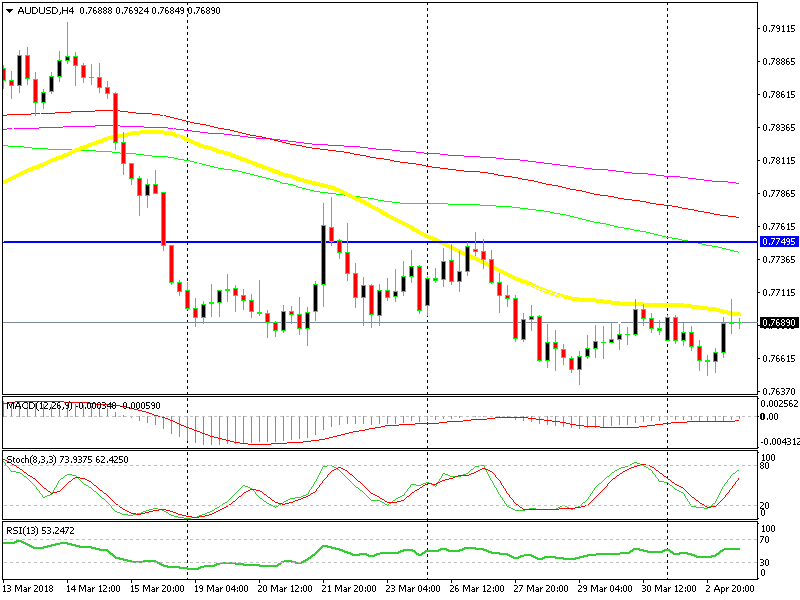 The stochastic is almost overbought

We opened a sell forex signal in this pair yesterday which remains on. The signal is still in red since we sold this pair about 20 pips lower but it seems like AUD/USD is about to reverse. The price formed a doji which is a reversing signal and the 50 SMA (yellow) is providing resistance. The stochastic indicator is almost oversold, so the retrace up on this pair is almost complete.

MetaPay (METAPAY) Benefits Most from Market Going Bullish
9 hours ago