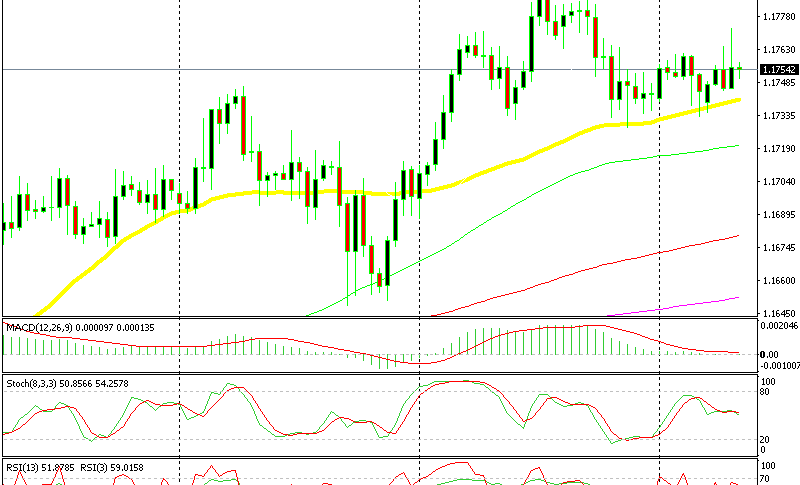 The 50 SMA Saves Us on EUR/CHF

We have a live forex signal in EUR/CHF which we opened last week. We decided to go long on this pair as it was retracing lower from the uptrend. We opened this signal at 1.1760s, but the decline continued further on Friday.

At some point, we were just a few pips away from stop loss, but luckily the price turned around and moved up. That happened on Friday and it happened again today. The low today was at 1.1733. 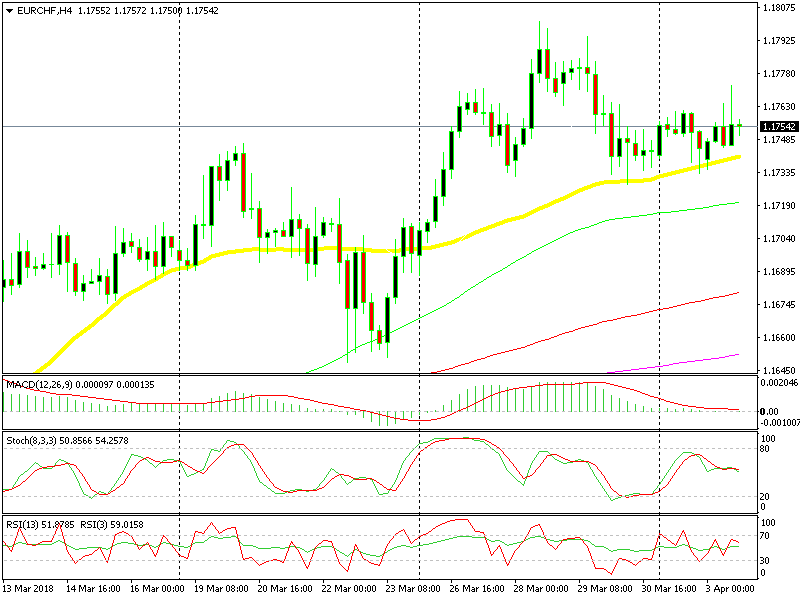 The 50 SMA is providing solid support

That’s exactly where the 50 SMA stands on the H4 chart. As you can see from the chart above, the 50 SMA (yellow) has been holding the decline since Friday last week. It has providing support which it did again early this morning.

This moving average is helping our cause here, so we have protection on the downside. But, I can’t see much pressure on the upside either. Yesterday’s daily candlestick closed as a doji, which is a reversing signal after two bearish candlesticks. Today’s candlestick is starting to look a bit bullish, so perhaps the reverse higher is coming.