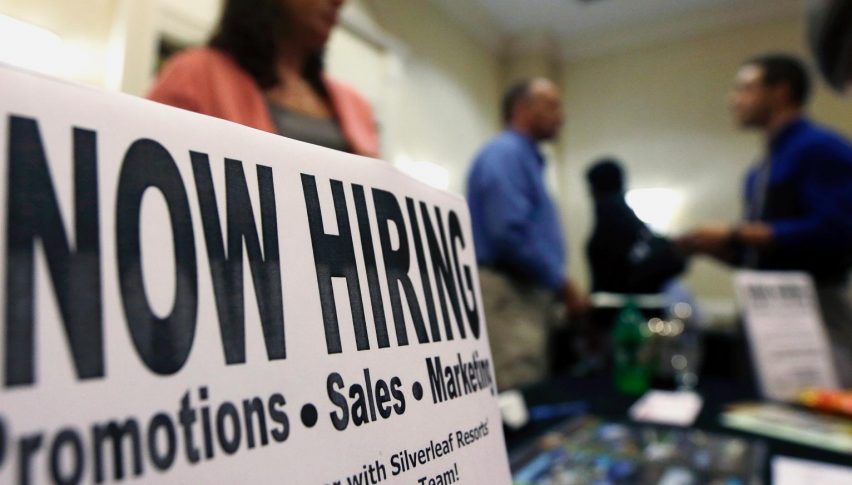 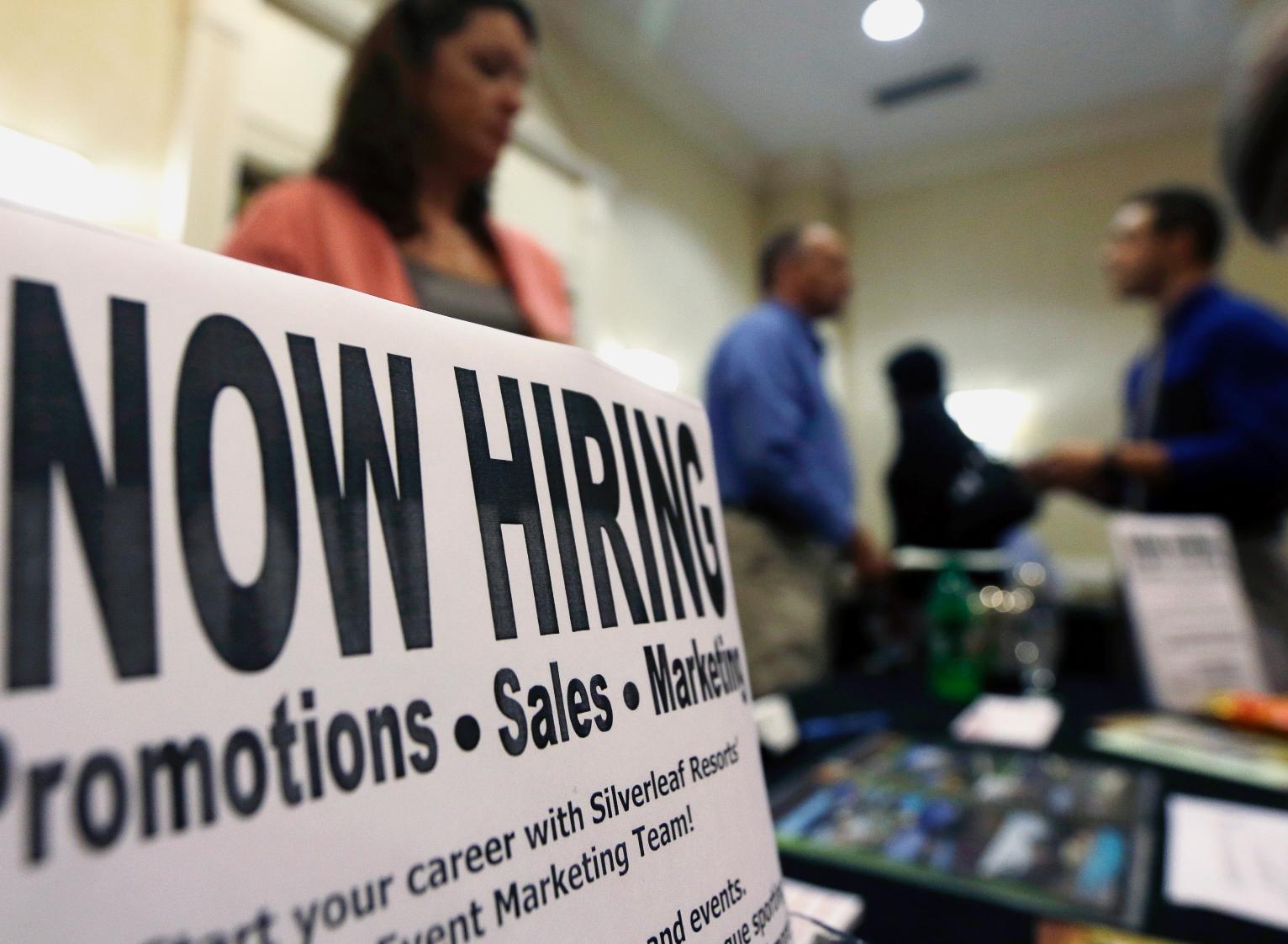 Fewer jobs but more money for the ordinary Joe

The US Employment Report

As I mentioned in the previous forex updates early today, the employment report has three main sections which are as follows:

Now, what do I mean by upside-down?

Well, it basically means that what was up is now down and what was down is now up. The earnings have been lagging since the recovery started after the financial crises. This has been the main concern for the FED since economic recovery.

New job opening which are represented by the Non-farm employment change have been at decent levels for ages while the unemployment rate has fallen continuously.

Today, things shifted, Non-farm employment change declined and the unemployment rate which was expected to decline remained unchanged. The wages though, picked up nicely. They jumped from 0.1% last month to 0.3% today.

Higher wages means that the US consumer will increase the spending, thus increasing inflation and helping the economy further, since businesses will likely increase investment. So, that has been the weakest point of the US economy and it looks like it is being sorted.

The USD is lower now on the miss in jobs, but I think that this report is more positive for the US Dollar than negative. I expect the USD to reverse and resume the uptrend.

The Canadian employment report was released at the same time as the US report. The report was positive in total. The unemployment rate remained unchanged but the employment change jumped from 15k last month to around 32k. It might not look much, but it’s not the US, it’s Canada with around 30 million residents.

The Canadian Dollar is feeling the love. USD/CAD lost 60 pips after the release. As you can see from the H4 chart below, this pair was finding resistance at the 20 SMA (grey) this morning.

Once the employment report was released, the sellers got activated and the pushed this pair lower. They broke the 200 SMA (purple) also. Now, this moving average has turned into resistance, so it might be a good place to look for a sell signal. 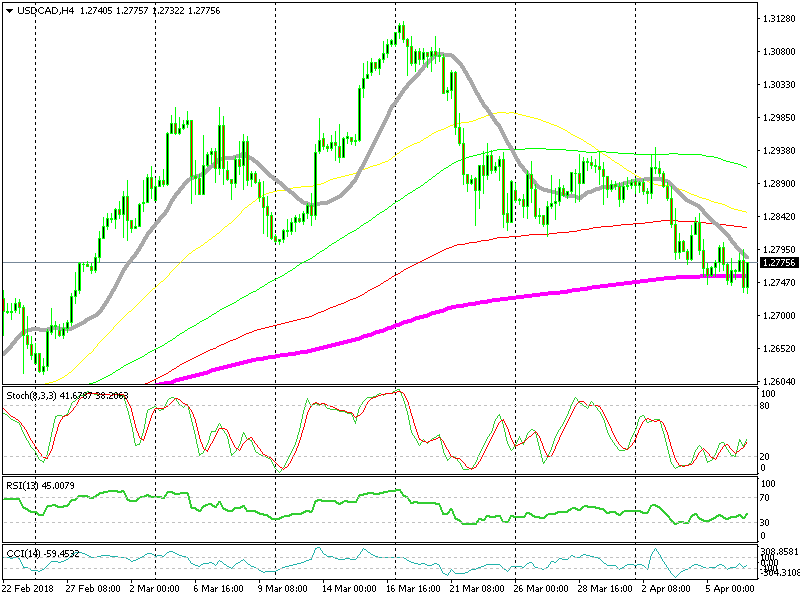 The 20 SMA will likely turn into resistance now 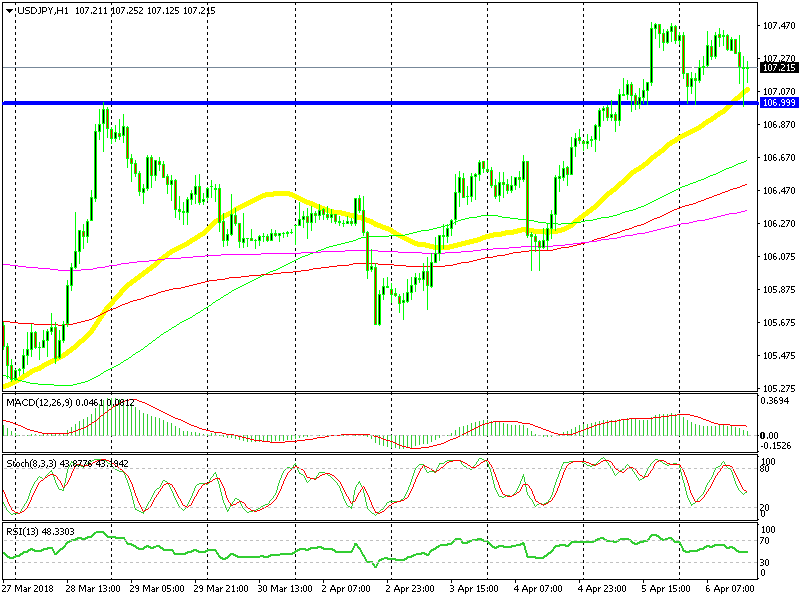 The previous hourly candlestick is a bullish reversal signal

USD/JPY has been trading on an uptrend for two weeks since reversing from the lows at 104.50s. Last week was the first bullish leg. We saw a retrace lower by the end of last week, but the uptrend resumed again this week, so the trend is bullish. Today, USD/JPY has made a retracement lower again and at the moment, it looks like the retrace might be over. Stochastic is almost oversold and the 50 SMA is providing support. We might not go long since we have three open signals, but this looks like a good opportunity for buyers.

The USD is still down since the release of the employment report, but I still hold the opinion that the pickup in wages should reverse the USD to the upside. We opened a sell signal in EUR/USD which doesn’t look too good, but hopefully, the moving averages will help the USD reverse up and EUR/USD reverse lower.