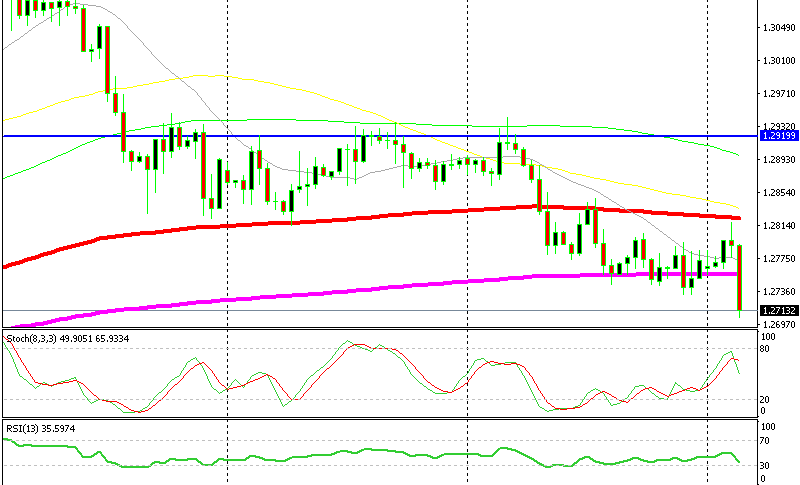 The economic calendar has been very light today. The main release is the Canadian business outlook survey from the Bank of Canada (BOC).

The chances of a NAFTA (North American Free Trade Agreement) deal this week have diminished which should have been negative for the CAD, meaning positive for USD/CAD. But the parties are confident that there will be a deal by May.

The BOC business survey was released a while ago as well and it was positive. The Bank of Canada sees an overall improvement in future sales. Inflation expectations for the next two years also rose, so it’s mainly positive as you see.

USD/CAD has been trading between the 100 SMA (red) on top and the 200 SMA (purple) at the bottom for the last several days. But today, USD/CAD broke the range on the downside. The piece formed a doji candlestick below the 100 SMA on the H4 chart which is a reversing signal. 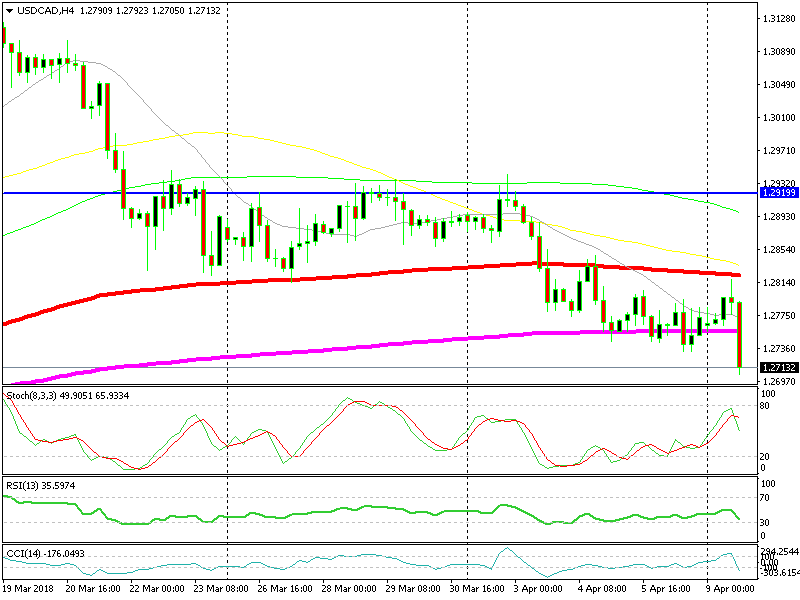 The 200 SMA should turn into resistance now

The price reversed after the business outlook survey was released and down it went. USD/CAD lost around 120 pips and the 200 SMA couldn’t stop the decline. The bearish trend is taking form for this pair now, so I will look to sell pullbacks up.

The best place for sellers to look for a trade is the 200 SMA of course. I will be waiting for the price to retrace to this moving average and will follow the price action to see if that moving average will turn into resistance now.