Forex Signals US Session Brief April 11 – US Inflation Is Not Going Anywhere Soon, Unlike Gold - Forex News by FX Leaders

Forex Signals US Session Brief April 11 – US Inflation Is Not Going Anywhere Soon, Unlike Gold

Gold has been surging today and it is aiming for the highs. There’s a slight run in the financial markets for safe havens today because the Yen has received some decent bids as USD/JPY pushes lower. But, I can feel some USD weakness as well. The inflation report from the US didn’t do much to help the US Dollar. It was slightly disappointing. 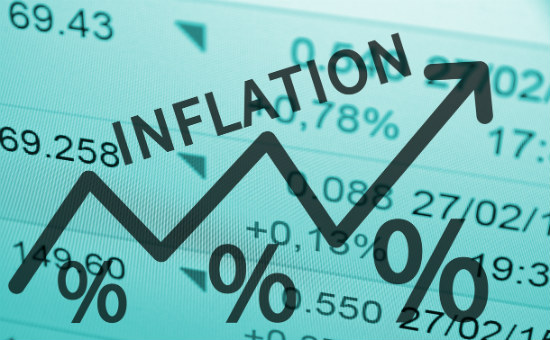 Inflation is slowly picking up but it’s not exactly skyrocketing

The FED Is Confident, but Inflation Is Not Coming

The FED has become increasingly confident in the US economy and inflation. Wages and inflation have been lagging during the economic recovery. They have been keeping the FED in check, otherwise monetary tightening would have been quicker.

The FED has been getting confident about inflation and wages as well, but we have yet to see some strong numbers from these two sectors. There was a slight pickup in average earnings (wages) last month, but inflation is not doing its part.

The CPI (consumer price index) report was released a while ago and it didn’t look like something that would force the FED to get crazy with rate hikes. If anything, it was a bit disappointing.

The US Dollar took a small dip and USD/JPY lost around 20 pips after the release. But the decline has stopped and we decided to take a trade on this pair. We opened a buy forex signal which we will explain in the next forex update.

Gold has been quite bullish this week. It has climbed around $25 and today the climb has picked up considerable pace. As I mentioned above, safe haven assets are receiving some strong bids today as USD/JPY losses around 60 pips.

The Swiss Franc has lost some of the safe-haven appeal at the moment because the SNB (Swiss National Bank) has become quite active in buying EUR/CHF, thus selling the CHF.

But, judging by the price action in Gold and JPY pairs, we can say that there is some love for safe havens today. The daily candlestick looks really bullish today, but we are looking at the monthly chart. As you can see from the chart below, Gold has been on a bullish trend for more than two years.

Although, in the last 15 months, Gold hasn’t been able to break above the 100 SMA (green). T has been pierced several times during that period, but eventually it has reversed the price back down, so we can say that it is solid resistance.

Besides that moving average, the area around $1,360 has been resistance for quite some time. So, Gold buyers face a tough challenge above. The stochastic indicator is almost overbought so we might see another reverse here. But, Gold has been very bullish recently, so it might as well break above, both options remain open for now. 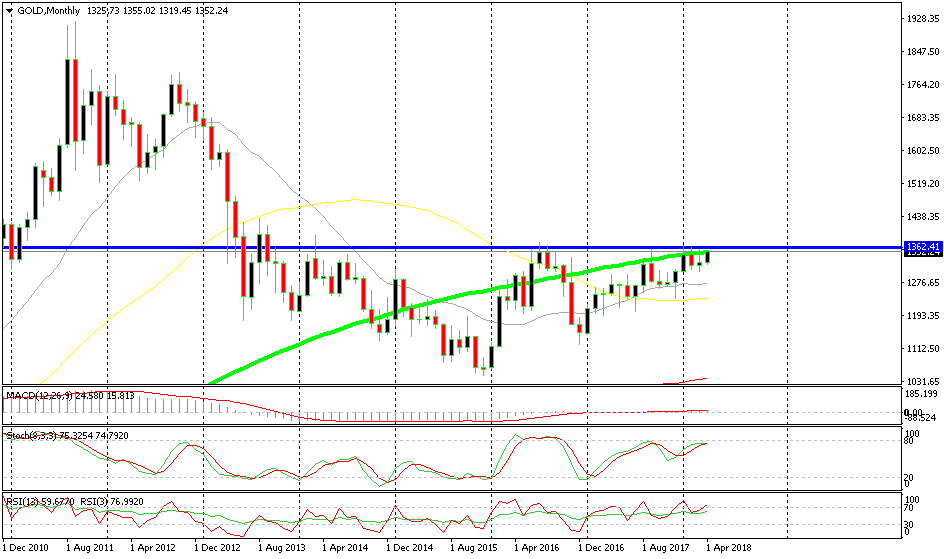 The 100 SMA looks too tough a resistance 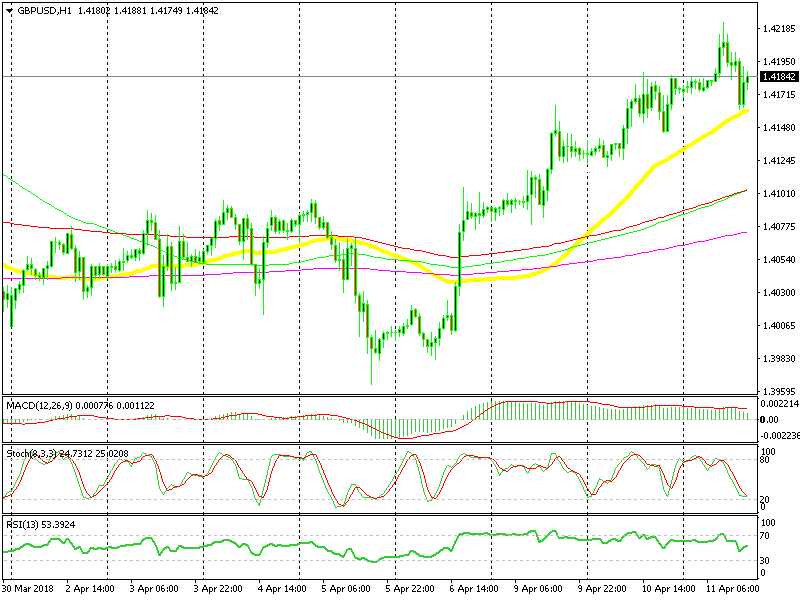 The 200 SMA looks like a good place to buy

GBP/USD has been one of the most bullish pairs this week. It has gained around 250 pips in the last several days so the way to go in this pair is up, until the trend reverses. The retrace lower today seems complete since stochastic is oversold and the 50 SMA is providing support.  We haven’t gone long yet but we might open a buy forex signal soon here.

I almost forgot, the ECB chairman Draghi was out earlier today, but he didn’t say much rewarding monetary policy. He spoke about the EU so there was no reaction in Euro pairs. So, let’s concentrate on trading now.