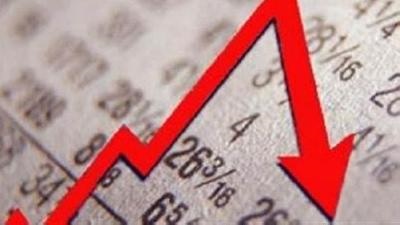 Shorting the Inflation Surge in EUR/GBP

In the previous forex update, we spoke about the GBP. It has dived after the negative inflation report which has affected EUR/GBP as well. In my book, it is a good thing that inflation is cooling off in the UK because at 3%, it is a bit too high for a developed economy.

GBP/USD has been on a strong uptrend while EUR/GBP has been trading down since these two pairs are correlated negatively. Today though, the situation has reversed for both pairs after the inflation report, at least for the short term.

EUR/GBP jumped higher, climbing around 100 pips from the bottom as GBP/USD tumbled. But, the surge has brought this pair to a certain level which has tempted up to take a position. We opened a sell forex signal here a while ago, but you should have received a notification if you are registered with us. 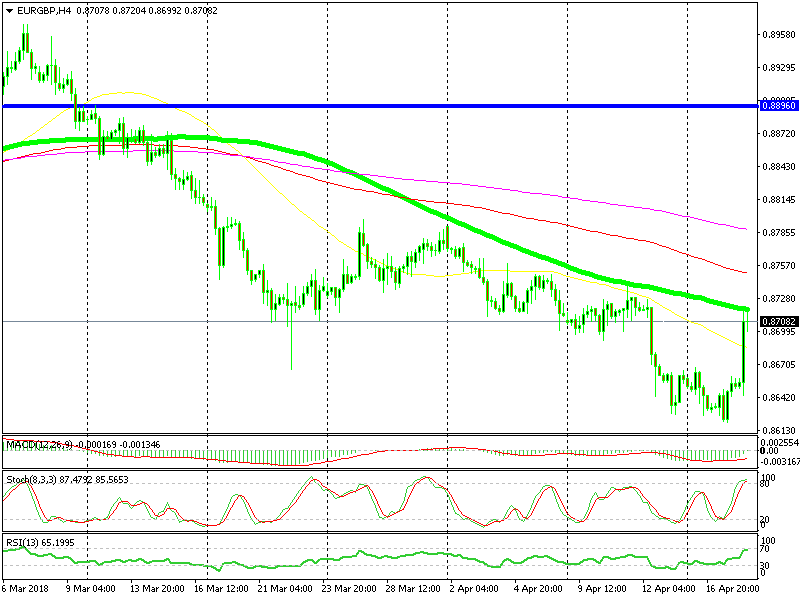 The 100 SMA is holding the ground again

As you can see from the H4 chart above, EUR/GBP has been sliding lower in the last 6-7 weeks and the 100 SMA (green) has down its part. It has provided resistance on pullbacks and it has pushed this pair lower.

Today’s inflation jump has brought us back up to the 100 SMA, which is providing resistance again. That moving average comes at 0.8720 and the buyers have thrown the towel twice today right at that level. We took that as a sign that the sellers aren’t going to let go that easy, so we decided to join them by opening a sell signal.

At the moment it looks good, so perhaps we will take revenge on the market for our GBP/USD signal, although revenge is not the way to trade forex. So, we’re leaving the revenge aside and just concentrating on the chart. This chart points down since stochastic is oversold, meaning that the retrace up is complete.